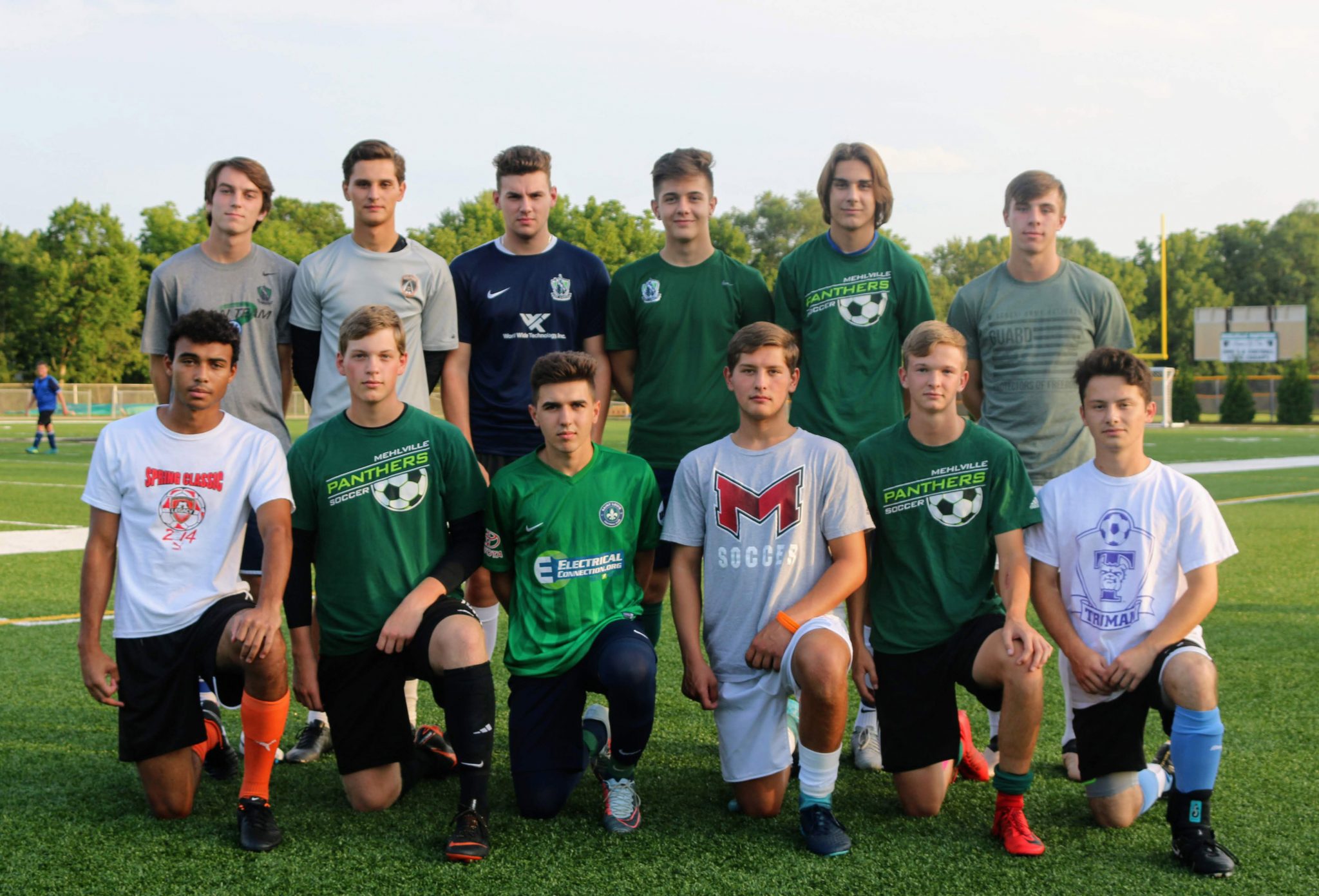 For the last four years, the Mehlville Senior High boys’ varsity soccer team has won a district championship, and this year’s group has the exact same goal in mind: Win districts and advance to the state playoffs.

“After graduation last year we lost 13 pretty influential guys, but we’ve been working hard and it’s been a process these last two weeks,” head soccer coach Tom Harper said. “We played in the jamboree on Saturday, and I think we are at that point where we’ve hit the wall and we’re just ready to battle somebody else. We’ve got some experience and have been a part of a majority of those four district championships in the last four years.”

Last season the Panthers were 15-9 overall, and while a lot of players from that squad have graduated, the Panthers’ head coach believes that they can be playing their best ball come October.

“It’s a marathon and not a sprint,” Harper said. “We want to be playing our best soccer once we hit that midpoint in the season.”

Senior forward Zach Klevorn returns for the 2018 season after moving into the starting role later in the 2017 campaign. Last year he tallied six goals and two assists for a total of 14 points.

“Zach didn’t emerge as a starter until a little later in the season,” Harper said. “He was a big-time contributor for us up top as a target player. He’s a very physical guy, with the skill to find the goal.”

Last year senior midfielder Ahmedin Becirovic commanded the midfield and also proved to be an offensive threat, with eight goals and 15 assists for a total of 31 points.

“We’re looking for big things out of him this year,” Harper said. “I think he’s going to be one of the more dominant center midfielders in Missouri this year.”

The Panthers’ backfield will be a little inexperienced this season, but Harper is looking toward seniors Carson Ulrich and Hasim Selimovic to help guide some of the newer players at that position.

“We’re a little young and inexperienced back there, but we’ve got some good leaders who have been through the battles already,” Harper said. “They’re big, tall,  strong and physical guys that can play the technical game.”

The Panthers are relying on senior Jacob Klevorn and junior Ian Brouk as goalkeepers. And Harper is counting on seniors Caleb Dix, Adel Alihodzic, Zach Klevorn, Nick Gastreich and Jeremiah White to provide key leadership roles on this year’s squad.