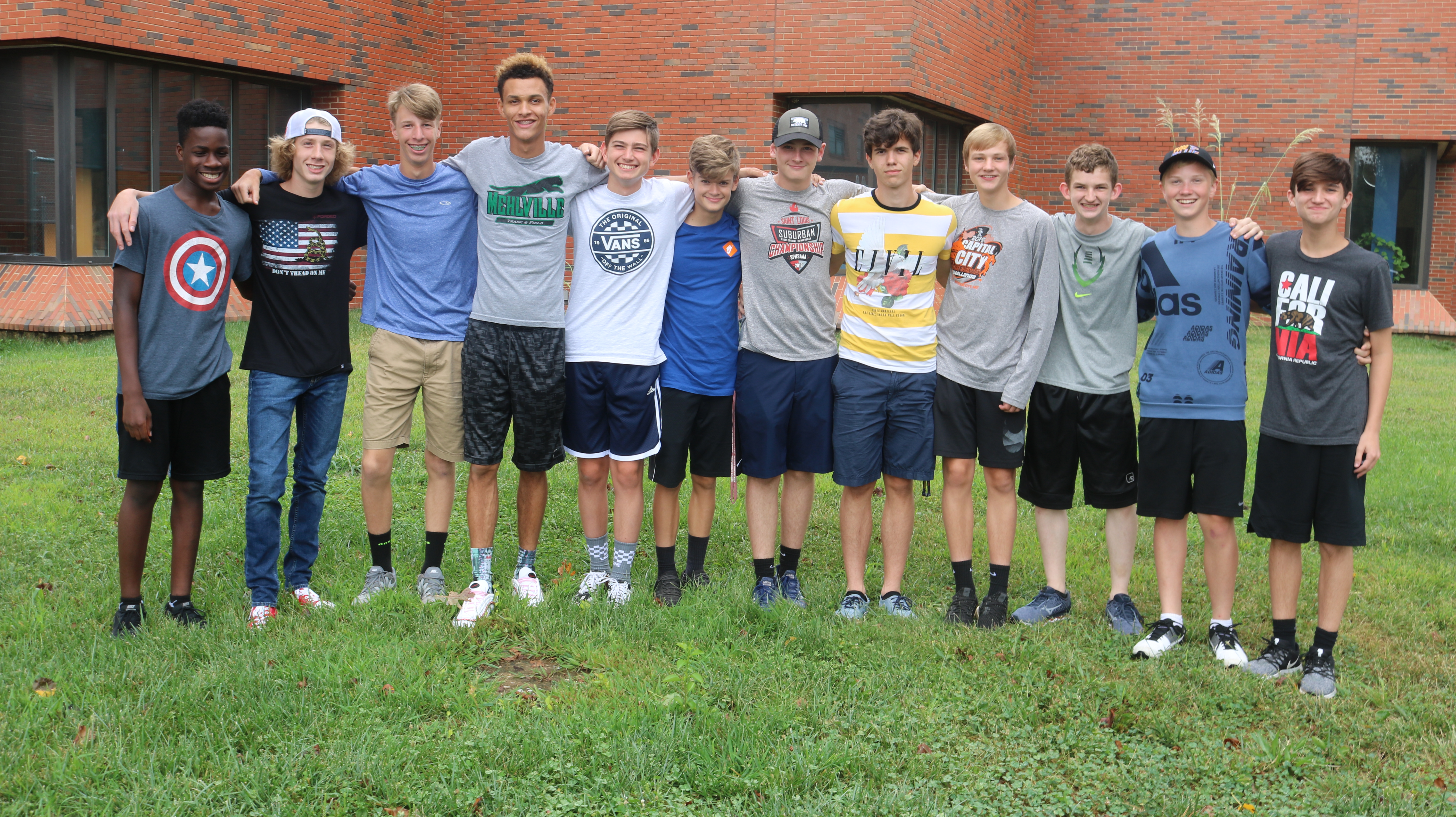 Pictured above: Mehlville High head coach Jay Holtmeyer looks forward to seeing what this young squad offers this year in terms of a running ‘youth revolution.’

A youth revolution is underway on the Mehlville High boys cross country team, and Panthers head coach Jay Holtmeyer is looking forward to seeing what his young squad of runners has to offer.

“Things are looking good,” Holtmeyer said. “We had a lot of kids graduate, so we are going to see how we develop as a team.”

“Ryan’s going to be one of our better runners this year,” Holtmeyer said. “He made it to sectionals last year, and we’re really looking forward to seeing what he’s capable of this season.”

Junior Lucas Stratos should also make a significant impact in the Panthers lineup this season after running a successful 2018 track season.

Seniors Zyaid Hodzic and Khiry Rolan will also look to be a part of Mehlville’s starting six as Rolan participates in his first season on the cross country squad. His specialty is competing in the 400- and 800-meter runs during the track season, and Holtmeyer believes that Rolan may surprise people in 2019.

“He’s keeping up with some of our leaders and I think he’s going to be solid, as he’s a fierce competitor,” Holtmeyer said. “Hodzic has been pretty solid, and I think he’s ready to step up and push himself and help support the team.”

Tyler Kilper made a move for 2019. “Tyler moved up to varsity, and I’m looking forward to seeing him improve this year,” Holtmeyer said. “He’s a good and solid kid that’s been improving steadily.”

The Panthers open the 2019 season at the Jackson Invitational Saturday, Aug. 31.