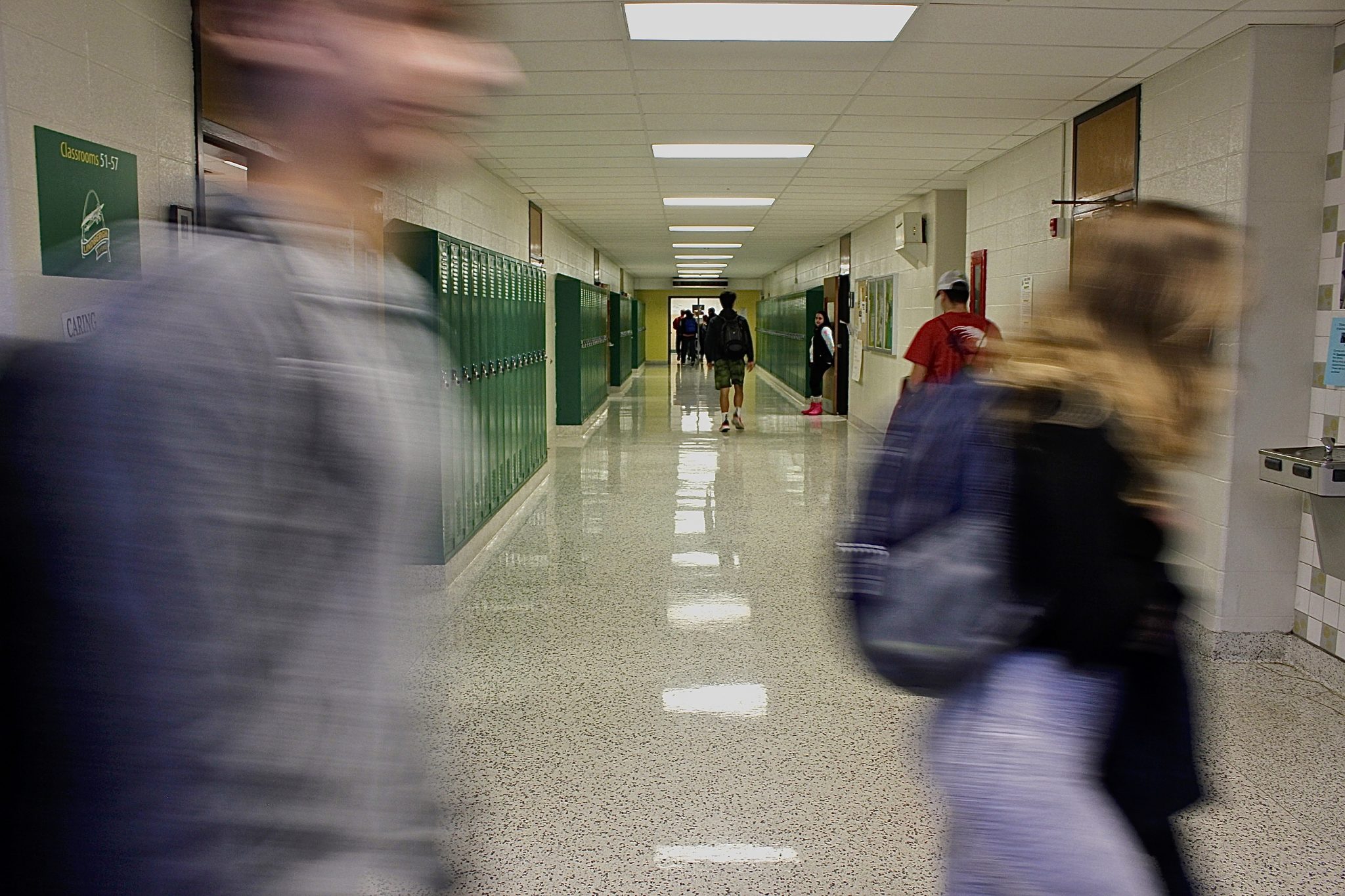 Pictured above: Students walk to class during the passing period at Lindbergh High School on Thursday, Dec. 13, 2018. Photo by Erin Achenbach.

Lindbergh Schools will switch its food vendor next year to a new one.

Southwest Food Service Excellence LLC will replace Chartwells as Lindbergh’s food service provider and manage food service operations for Lindbergh effective July 1. The district said the new company will offer a variety of nutritious options for students and “ultimately a 12-month transition to several made-from-scratch dining options,” according to a news release.

Food service operations expenses are estimated to total $2.4 million per year, which would be balanced by food service revenue. In addition, SFE’s proposal estimates administrative and management fees to be $76,533 for 2019-20, with a guaranteed return to the district of $137,158, which the district plans to invest back into food service capital equipment. The fixed fee works out to about 27 cents per meal.

The Lindbergh Board of Education voted 7-0 on June 11 to award a one-year contract to SFE, with the option for yearly renewal up to four additional years. SFE is a regional company that specializes only in K-12 nutrition and follows a culture of “Putting Child Nutrition First,” with a promise that “we want to be sure that all students are well nourished to learn, while still finding the delicious foods they love to eat,” according to company materials.

A committee including Board of Education Secretary Jennifer Miller and member Christy Watz looked at the bids from SFE and Chartwells and spent a whole day conducting site visits for each company’s services, SFE at Northwest and Chartwells at Ladue.

The bids were competitive, said Chief Financial Officer Joël Cracchiolo, who served on the committee and oversees food service in the district. Chartwells offered a new, more competitive package than what the district already has. Both vendors offered “investment” to encourage children to eat more meals at school.

“Everyone wants to work for Lindbergh,” she said.

“It was really, I will call it fun, because I found it fun,” she said. “Each vendor was able to display their best work and both did a very nice job.”

She preferred SFE because of the extensive training program the company outlined for employees.

The district will have “growing pains” in the next year getting used to a new company, said board President Karen Schuster. But the company was very upfront about that, Miller noted.

Watz elaborated on her comment about the “fun” process, “While we say it was fun, please understand Jen and I and the committee were very serious, with very serious questions… We took it very seriously to make a good decision for our kids.”

Even though the district is switching to a company it’s never worked with, “we built in a safety for us,” Schuster added, referring to the renewal options and the guarantee of a payback.

The company is giving the district a guaranteed profit for one year, Cracchiolo said.

SFE and Lindbergh Schools will follow the same government regulations that apply to all school districts. The district just passed its food-service audit from the state, in which it looks at district records to confirm the nutrition of meals served.

In accordance with state guidelines, all food-service revenue is deposited into district funds, then expenses are paid.

Lindbergh will also oversee development of meal menus following USDA requirements, and establish a patron advisory board of students, parents and staff that will assist in menu planning, with possibly a separate student advisory board that would start meeting in July and look at menus and “make sure kids are getting what they want to eat,” Cracchiolo said. SFE will continue to use the Nutrislice app for online menu delivery to families.

With the minimum wage going up in Missouri to $12 an hour by TK, Cracchiolo said the district’s food service costs will likely go up as the union members bargain for higher wages.

The company will get reimbursed for the “labor, food bills, everything except the equipment, which we own,” Cracchiolo said. “They will give us a bill for everything they spent. We need to make enough that we can invest back in equipment.”

The district’s lunch equipment at schools could use some upgrades to its ovens, but those cost $25,000, Cracchiolo said.

District employees also deliver the food and repair the equipment.

In addition, the Board of Education approved 2019-2020 meal prices last week. Pricing on milk, breakfast and lunch was compared with neighboring St. Louis County benchmark schools and follows state and national guidelines.