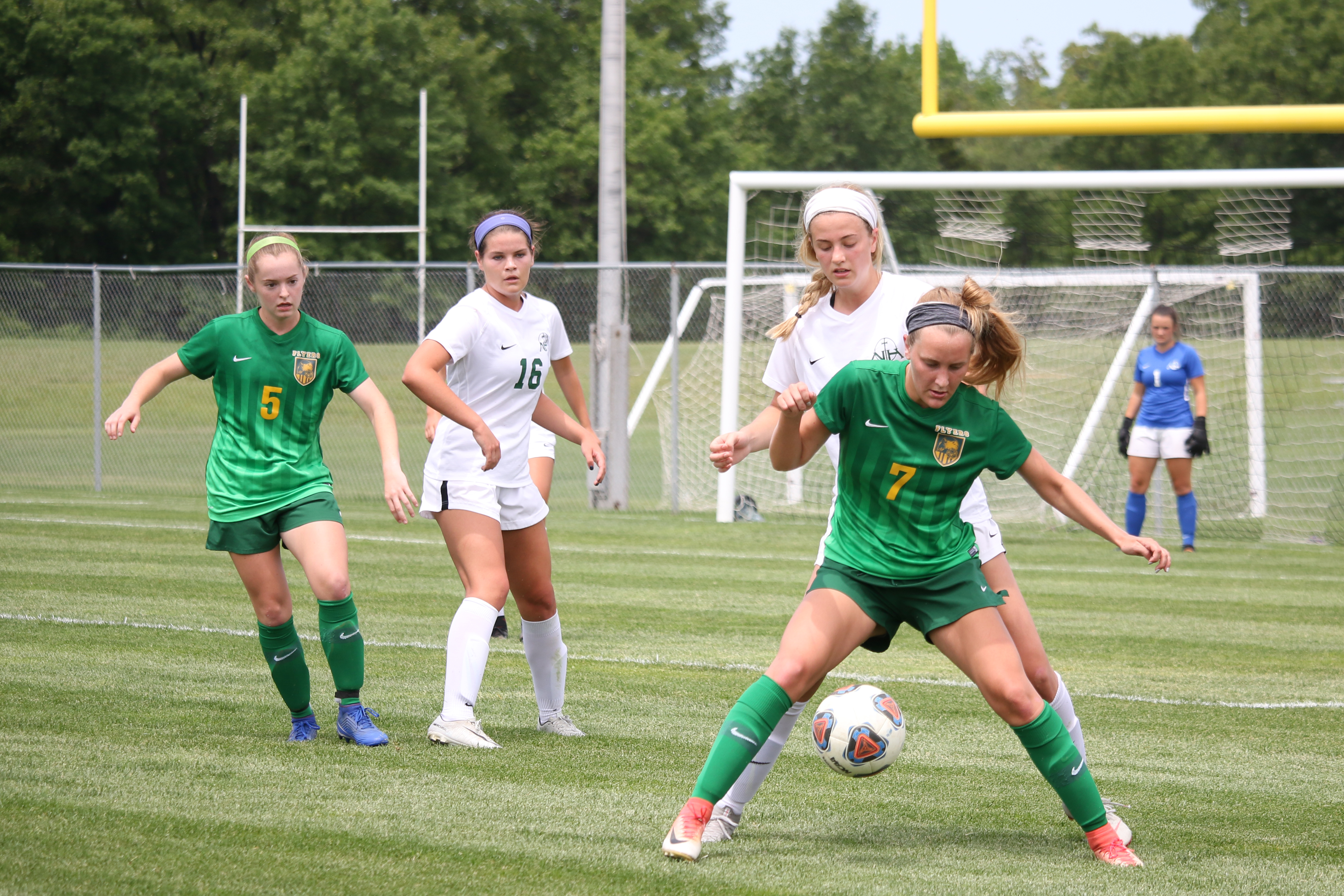 Lindbergh forward Erin Clancy, a senior, receives the ball and prepares to evade Nerinx midfielder Allison Brown, junior, during the state quarterfinals May 25 at Lindbergh. Photo by Jessica Belle Kramer.

The quest for a state championship came to an end for the Lindbergh girls soccer team when they dropped a 2-0 decision to Nerinx Hall in the Missouri Class 4 state quarterfinal May 25.

“I thought we played a pretty well-disciplined game,” Lindbergh head coach Mark Giesing said. “Even with giving up the two goals, I thought that we were doing the things that we wanted to do in order to stay in the game and knock the ball around. So I was pleased with our performance, just not the end result.”

Nerinx jumped on the board early in the first half of play with a 1-0 lead after a penalty kick goal by Jessica Preusser due to a hand ball in the box.

“At that point I thought we were really doing what we wanted to do against them,” Giesing said. “But that call was a little bit of a momentum shift, and while I agree with the decision, there was a scrum in the box and the ball hit one of our girls. It is what it is.”

“We had possession of the ball going upfield and we lost the ball,” Giesing said. “Nerinx was able to counterattack, and they forced our goalie out and worked the ball around her.”

The loss for the Flyers (16-10) marked the end of an impressive three-game winning streak after dropping their final three games of the 2019 season. It also marked back-to-back trips to the state quarterfinal round for Lindbergh.

“I really felt that there was a ton of character on this year’s team,” Giesing said. “We had a pretty awful last week of the season where we dropped three games in a row, and it was hard not to be pessimistic going into districts. But I was incredibly proud of this team and the way that we bounced back. I couldn’t have been any more impressed in how we rebounded as a team in the postseason.”