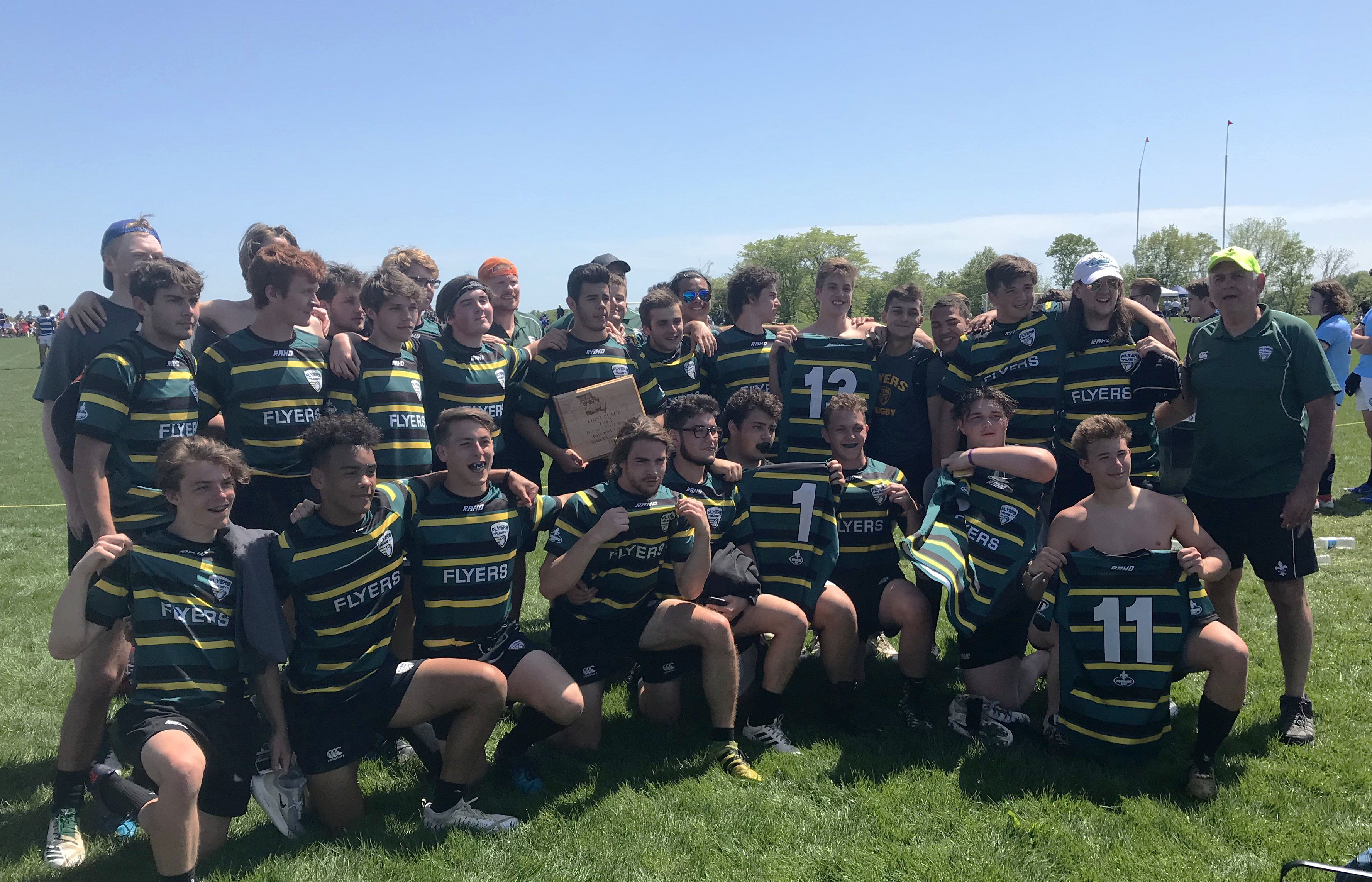 Pictured above is the 2018-2019 Lindbergh Flyers rugby team.

The Flyers were undefeated in this season’s conference before qualifying for state.

During the May 4 semifinals, the Flyers defeated Winnetonka High School from Kansas City 67-0. They then advanced to the state finals to face Francis Howell, who had defeated Jefferson City 57-0 the previous day.

The Flyers were down to Howell 21-7 at halftime but recovered in the second half, scoring 17 goals and taking home a 24-21 victory and the state title.

“Howell put us on our heels in the first half, and we needed to come out strong in the second half,” Lindbergh coach Ron Laszewski said. “We knew if we could get the ball to our backs we could do some damage, and we did.  Fitness, fundamentals and a never-quit attitude carried us through.”