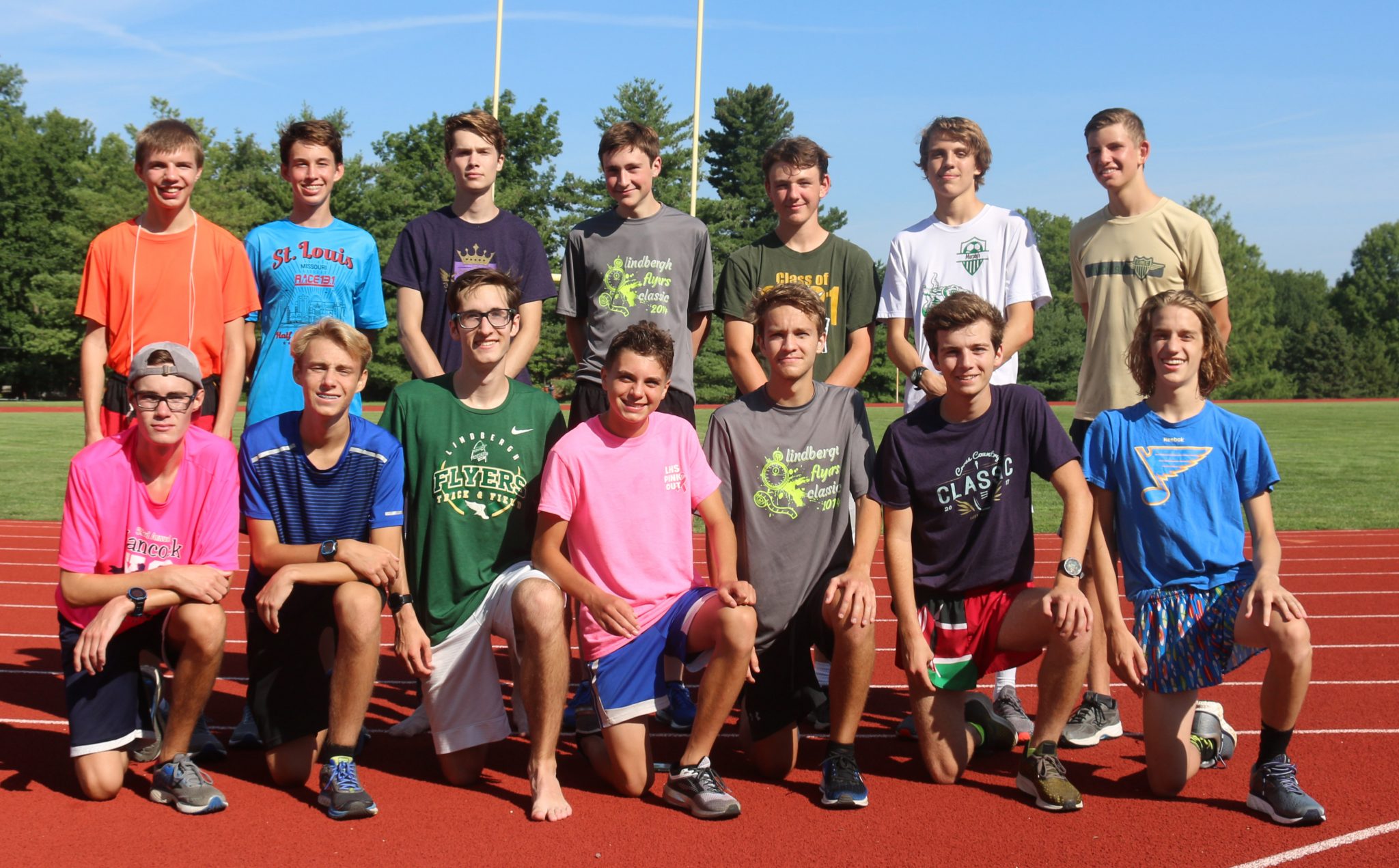 Lindbergh High head coach Jim Petersen is optimistic about his 2018 boys’ cross country team since he lost only one runner to graduation. Photos by Jessica Belle Kramer.

Lindbergh High School’s varsity boys’ cross country team faces minimal losses going into their season this year, since Connor Kingsland was the only one of their top five runners from last season that graduated.

With a more experienced team, head coach Jim Petersen is setting big goals for his boys this year.

“Last year, we weren’t as competitive,” Petersen said. “We made it to state two years ago, and last year we ended up fifth and missed qualifying by a spot. We have most of our top runners back, so we’re looking to get back to state again this year.”

The team is able to set lofty goals since its top runners are all back, with the exception of Kingsland.

“We have most of our top runners back,” Petersen said.

“Our top two runners right now are Billy Driemeyer, who was a state qualifier last year, and Jack Stork.

“Then, we have two sophomores, Dustin Ward and Ollie Koehler.

“They were both varsity runners as freshmen last year.

“And Reilly Adams is probably our No. 5 guy now.”

Then there is a competition for the remaining slots.

“We have about 12 guys fighting for those next two spots,” Petersen said.

This is a “very competitive group,” the coach said.

“A lot of guys have been training all summer,” he noted.

The team has a “big group of sophomores, probably about seven” out of the 12 that are fighting for the next two spots.

That should help the Flyers set the goal of soaring to state again this year, as the team did two years ago.

As with every year, the goal is a district championship.

The season kicks off with the first meet Thursday, Aug. 30, at Webster Groves.

On Sept. 1, the Flyers compete in the Brooks Memphis Twilight Meet, and then travel to Northwest Sept. 8.