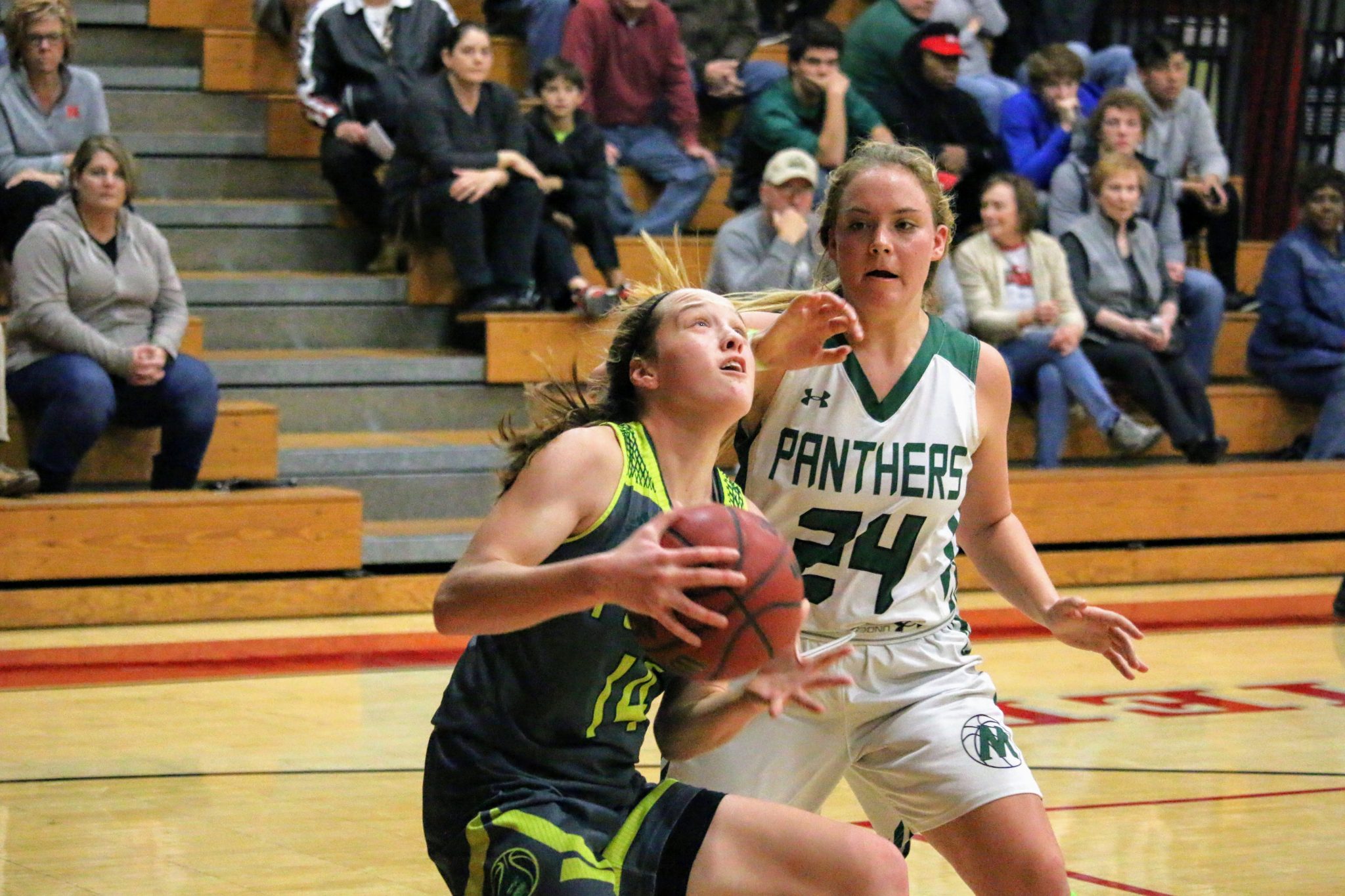 Pictured above: Lindbergh High School senior Julie Baudendistel shoots the ball during the South Side Tournament in 2017. Photo by Jessica Belle Kramer.

Despite taking a the lead late in the fourth quarter against Marquette, the Lindbergh Flyers girls basketball team dropped a 49-41 decision to the Mustangs last Friday.

The Flyers (7-7) have battled throughout the 2018-2019 season and won three of their last five games, while holding opponents to just 32.2 points a game during that stretch.

“I actually thought that we played pretty well and we battled throughout the game,” Lindbergh head coach Michelle Pittroff said. “I think that we did a lot of good things, but the score didn’t go our way.”

Senior guard Julie Baudendistel led the Flyers with 13 points, nine rebounds and three steals. Baudendistel has been a top producer this season for Lindbergh as she’s averaged 16.1 points and 8.5 rebounds a game.

The Flyers are back in action this week in the Lindbergh Varsity Tournament, with the championship game set for Friday at 8 p.m. Lindbergh is then slated to host Kirkwood at 7 p.m. Tuesday, Jan. 29.

“Kirkwood is a tough opponent that’s coming off back-to-back state championships,” Pottroff said. “I think we can do a few things to give ourselves a chance to win the game.”