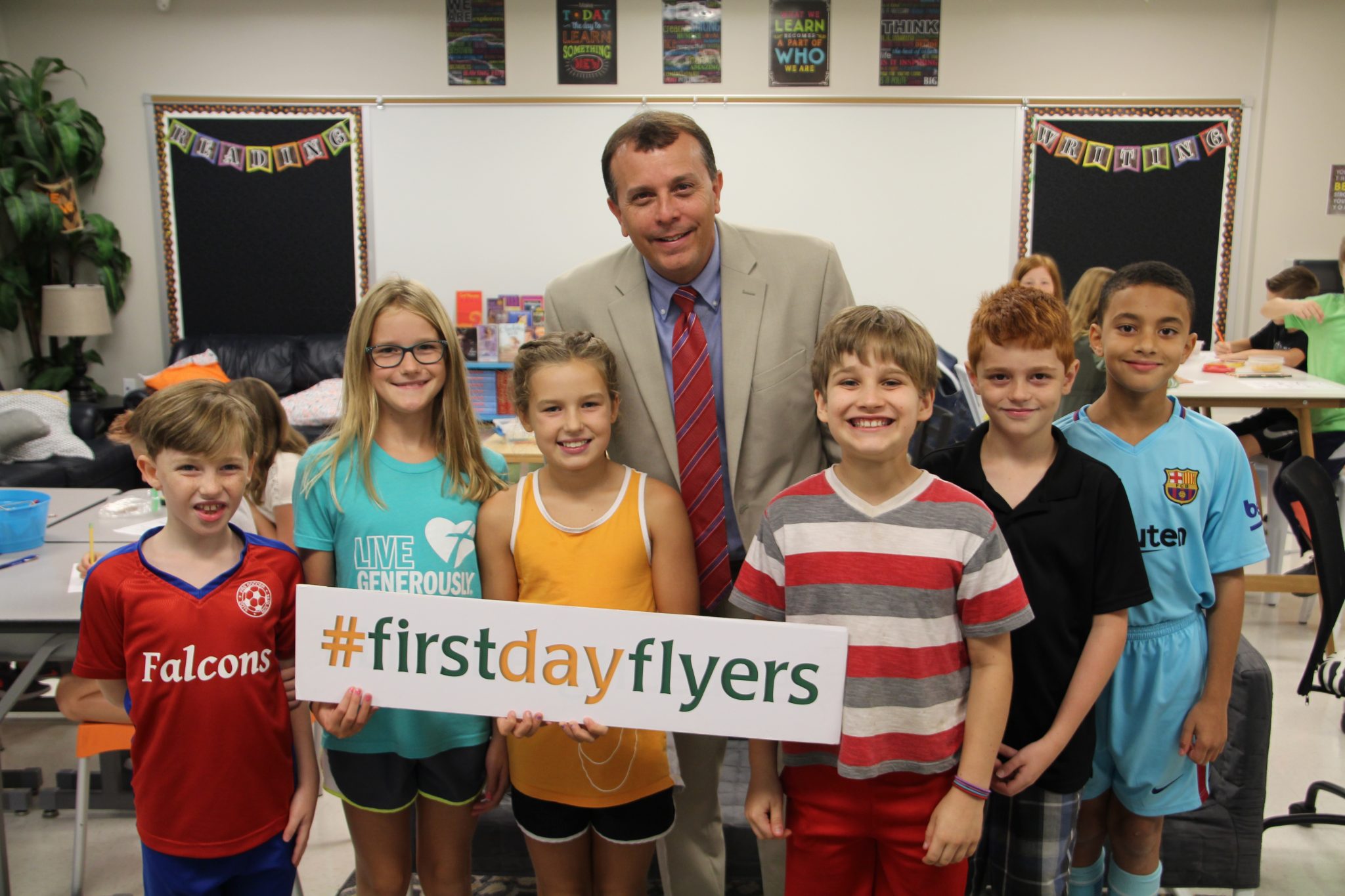 New Lindbergh Superintendent Tony Lake is embracing his new role at the head of the district and is already making changes to the way the district operates.

A few weeks into his first school year at Lindbergh, Lake said of the experience so far, “I wake up now every morning with a big smile on my face that I get to go to work. It’s just been awesome.”

He spoke at Lindbergh High School’s pep assembly and visited all 11 schools, including both early-childhood centers, on his very first first day of school Aug. 16.

“The first day you’ve got teaching and learning going on, and it’s like they never left,” Lake said. “Our folks, our staff, our kids are amazing. They just come in and hit the ground running.”

Since taking over the top job July 1, Lake is looking at making changes both large and small, although the largest ones will wait at least a year, he said.

He is continuing to collect survey results from his “listening and learning tour” at various community groups throughout Lindbergh. That could help inform some of his larger changes.

And he’s finally a neighbor to residents of the district, since he officially moved to St. Louis last week after his house in Kansas sold.

“I asked that question and nobody could tell me, so that’s when I said, ‘Let’s go to 7,’” Lake said.

The meetings will still be held on the second Tuesday of the month at the Early Childhood Education Center by Lindbergh High School.

Lake has also brought in new ways for the board to get feedback from the community. Lindbergh received more than 130 applications from community volunteers hoping to serve on four standing board committees that Lake established: Finance, Curriculum and Instruction, Student Life and Technology.

The committees are only advisory to the board and will give reports at meetings, but they have no voting power themselves.

Districts like Mehlville have had a Finance Committee for more than a decade, but in the recent past, Lindbergh has typically only commissioned committees for temporary projects like redistricting.

The committees can bring in different perspectives and should be an “open, honest platform” to discuss issues like diversity, bullying and mental health, for example, in the Student Life Committee, Lake said. When he was interviewing for the job in Lindbergh, the board asked him how he would engage the community, and one of the ways was through committees, which he has used in past positions.

“We have amazing, talented patrons in our community — why would we not tap into their expertise and bring in another set of eyes to look at how we do our work?” Lake said. “Because education shouldn’t just be done by educators. It should also be done by parents and the community as a whole to provide this amazing experience. So these committees provide the opportunity for us to better educate our kids.”

Applicants had to fill out a fairly lengthy application listing their experience, interests and why they should be a part of the groups. Residents selected to serve will be given either two- or three-year terms so that the committee doesn’t lose its entire membership in two years, but typical terms will be two years.

And those who applied to serve on the committee but didn’t make it will likely hear back from the district on other ways to serve, Lake said.