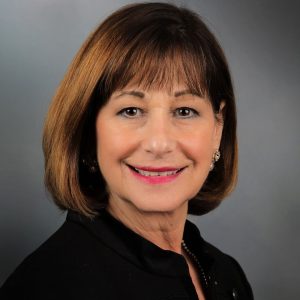 U.S. Rep. Ann Wagner has a Democratic challenger for 2020.

Missouri Sen. Jill Schupp, D-Creve Coeur, announced Tuesday that she is running against Wagner in the 2nd Congressional District that covers most of St. Louis County and the St. Louis suburbs, including all of South County.

The election will take place in November 2020.

After much speculation over who might challenge Wagner, Schupp made her race official by posting on social media Tuesday that she was “thrilled” to launch her campaign.

“People in suburban St. Louis are tired of business as usual in Washington,” Schupp wrote. “While special interest groups and Washington lobbyists are getting richer and gaining more influence, hard-working families in our community are being ignored and left behind. It’s time we had a representative who will put our families first and is not afraid to stand up to corruption, lobbyists and special interest groups.”

Schupp has represented the 24th District in the Missouri Senate, which covers West County, since a special election in 2014 in which she defeated Jay Ashcroft, who later went on to win election as Missouri secretary of state.

She has also proved a formidable fundraiser for her Senate seat. 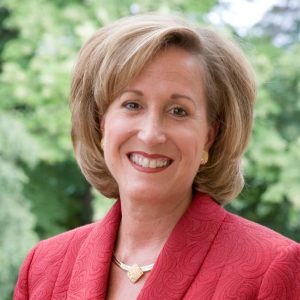 But just last month, local Democrats said that Schupp had considered running against Wagner and decided not to. And after another candidate had also considered and declined, Democrats were still searching for a candidate.

Before the Missouri Senate, Schupp served in the Missouri House from 2008 to 2014 along with six years on the Ladue Board of Education and the Creve Coeur City Council.

Wagner, a Republican from Ballwin, is a former U.S. ambassador to Luxembourg who has served in her current position since 2013. She once chaired the Missouri Republican Party and co-chaired the Republican National Committee.

But her 2018 bid for re-election was closer than some observers expected, with Democratic challenger Cort VanOstran earning 47.2 percent of the vote to Wagner’s 51.2 percent, separated by 15,000 votes out of more than 450,000 cast.

Although VanOstran did not appear interested in running again, the Democratic Congressional Campaign Committee, or DCCC, identified the 2nd District as a national target to flip Democratic for 2020. It is the only district in Missouri identified as a possible swing district in the House of Representatives.

The current congresswoman has proven to be an effective fundraiser, already raising more than $2 million for her re-election bid even without an opponent. Schupp raised $1 million during her last re-election campaign for her Senate seat.

As a congresswoman, Wagner has focused heavily on fighting human sex trafficking.

In the Missouri Senate, Schupp opposed sweeping abortion restrictions passed earlier this year and has also fought to limit the number of children who can be taken care of in a home daycare.

Schupp endorsed VanOstran during his campaign, releasing this statement: “The status quo is no longer working for Missourians. A young, pragmatic leader committed to expanding access to affordable, quality health care and strengthening our schools, Cort will forge common ground, work across the aisle and speak out for Missouri families when we need it most.”

Schupp also gained some early social media support with her announcement. Sen. Gina Walsh, who represents North County in the Missouri Senate, tweeted, “Jill Schupp is a proven champion for better health care, higher wages, and safer streets for all our communities. She will make an excellent Congresswoman, & I can’t wait to see her restore some Missouri common sense to Washington DC!”