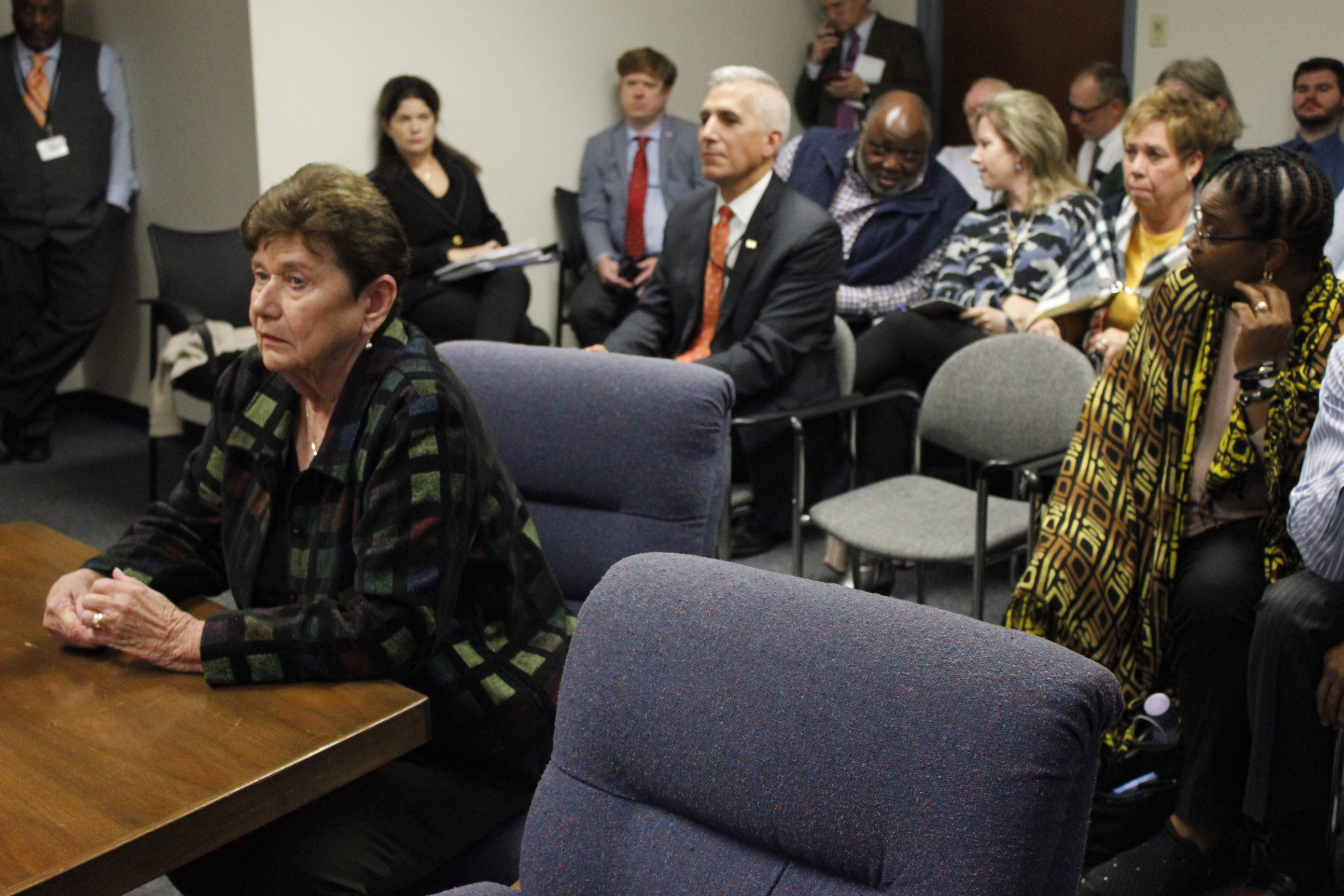 The St. Louis County Council grilled County Executive Sam Page’s nine prospective appointees to the 19-member Board of Freeholders last week on issues ranging from their views on a potential city-county merger to whether they feel they can represent unincorporated areas even though they mostly live in cities.

The Board of Freeholders is granted broad power under the Missouri Constitution and could decide that voters should consider a city-county merger or other type of government reorganization.

But the status of the board is in flux after St. Louis Mayor Lyda Krewson’s nine city appointees were rejected by a committee of the St. Louis Board of Aldermen because those aldermen believed she did not appoint enough members from north St. Louis city.

Eight of Page’s nine appointees are from cities, even though a third of the county lives in unincorporated areas.

With council Presiding Officer Ernie Trakas, R-Oakville, who lives in an unincorporated area, overseeing the questioning, he hammered some of the appointees on whether they could truly represent the county when they are from small cities. Four county appointees are from the same two small cities, Ladue and Richmond Heights, both with populations of 8,000.

The appointee who got the most welcome reception was Fred Searcy of North County, the only unincorporated representative on the board. He said that he is also the only “common man,” representing those without professional degrees and careers. He works for the pipefitters’ union, but said he would represent his views and the people ahead of the union.

Rather than asking Searcy questions, Trakas said he would “reiterate …  my profound — I’ll say it again, profound — disappointment in the county executive’s failure to appoint at least one, if not two, from unincorporated St. Louis County.”

And from then on, any appointee who mentioned fairness or the importance of diverse representation was queried whether they agreed with Page’s decision to mostly appoint people from cities.

Trakas pointed out that because Wilson lives in Richmond Heights, he has a mayor and council that can protect his interests.

“You have a municipality that controls its own fate with respect to zoning, et cetera. None of your fellow St. Louis Countians in unincorporated have that,” Trakas said. “They have one councilperson on the County Council. So 330,000 people don’t get the luxury of 3,500 in some instances… To me that’s just inherently unfair.”

“I’m not sure that I share the same view as you,” Wilson replied. “In theory the idea of having only one person representing your community is a bit unfair.”

Trakas still didn’t let up on his line of questioning to former candidate Mark Mantovani, who is a Democrat but knows Trakas well from their shared opposition to former County Executive Steve Stenger.

Mantovani lived in unincorporated Affton until he was 30 years old, so he’s aware of the challenges and inconvenience of going to Clayton for zoning and local government. He said he is keeping an open mind, but he still supports the idea of St. Louis city re-entering the county.

But since it’s the “people’s government,” if the board oversteps and proposes something people won’t support, it won’t matter anyway, he said.

Trakas pounced on that and asked Mantovani how he and SSM Chief Medical Officer Alex Garza can represent “the people” when they are both “white male professionals” from the small city of Ladue.

At first Mantovani said the question represented the “microparochialism” that he hopes the board can overcome with a regional focus. But he later said that he shouldn’t have to defend Page’s appointees, because he didn’t make the decision.

“The Board of Freeholders is supposed to represent the county as a whole, and where a person sleeps at night does not in and of itself control whether that person has an appreciation for the issues that unincorporated St. Louis County has,” Mantovani said. “I think you have to give these people enough credit that they’re not going to victimize people who live in unincorporated St. Louis County because there’s only one member on the board from that community. I have more trust in people than that.”

Most of the freeholder appointees said they have not made their minds up on a city-county merger or the city re-entering the county, and they are open to anything they hear. The one exception, Hazelwood City Councilwoman Carol Stroker, a Democrat, said she tends to oppose a full-on merger but would vote for re-entry.

“I appreciate your honesty, because most of the others said well, I’d have to think about it,” Fitch said.

The one South County representative, Katy Forand of Sunset Hills, said she is skeptical of a merger and would like to look into the pros and cons of re-entry.

“The merger was something that I am not very supportive of even at all, I think when we talk about that obviously we assume Better Together so I don’t know if that’s a fair assessment of the entire plan,” Forand said. “I think re-entry is something to look at, I’m not coming into this it’s a good idea, it’s a bad idea. We have to understand what is in it for St. Louis County, what are the negatives.”

Prospective appointee John Nations, the former CEO of the Bi-State Development Agency that runs Metro, got the frostiest reception. But Nations refused to respond to general criticisms about Metro and claimed Page recruited him for the board because of his multi-agency and regional experience. And Metro is just misunderstood, Nations said: He was one of the most popular mayors in Chesterfield history, with little opposition to any of his ideas, and can get along with anyone.

New 2nd District Councilwoman Kelli Dunaway said that Nations had a “complete mismanagement of security” when he was at Metro, allowing crime to worsen to where the council is considering yanking its funding altogether.

As Nations launched into a Metro history lesson, Dunaway said, “I’m cutting you off — I want to know what your responsibility is” for the transit agency’s problems.

“Nobody has ever, ever, ever come up with a fact to support that,” Nations said of the various missteps attributed to him.