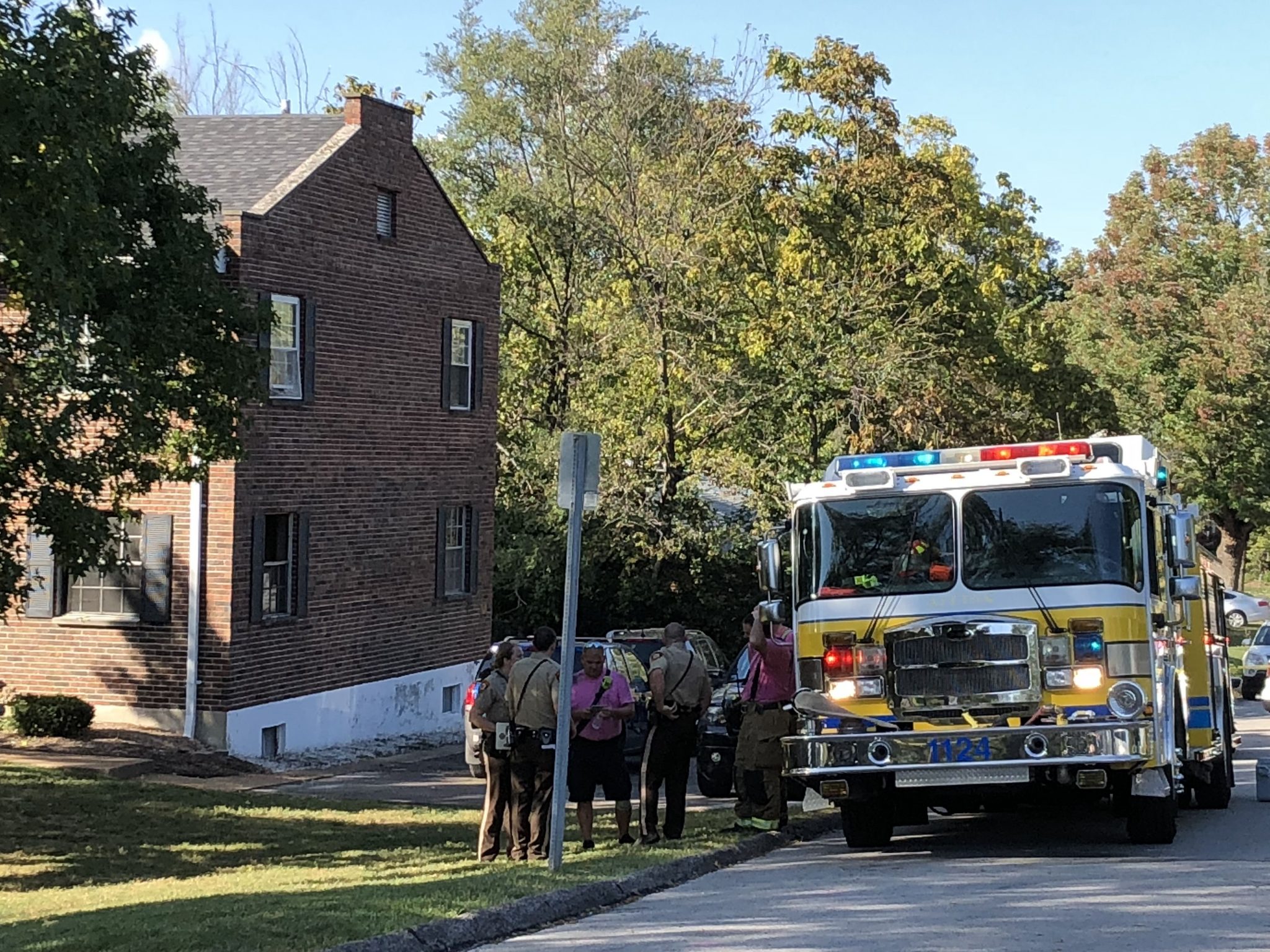 Pictured above: St. Louis County police and first responders from the Affton Fire Protection District gather outside an apartment complex  in October after it was set ablaze. Photo by Erin Achenbach.

Crestwood is appealing its lawsuit against the Affton Fire Protection District to the Missouri Supreme Court, and adding a high-powered legal team to match the fire district’s.

A Clay County judge ruled in December against Crestwood on all counts, siding against the city’s argument that two laws governing annexation and fire districts are unconstitutional special laws.

The Board of Aldermen unanimously voted in a Jan. 10 closed session to appeal to the state’s highest court and, in a separate unanimous vote, to hire law firm Armstrong Teasdale as co-counsel in the case.

“The Board of Aldermen is committed to winning our lawsuit to end the unconstitutional special law arrangement that treats cities in St. Louis County differently than those in Jackson County, St. Charles County, Greene County, and the rest of the state,” Mayor Grant Mabie said in a statement. “The unconstitutional special law arrangement requires Crestwood to make unsustainable annual payments to the Affton Fire Protection District.”

Specifically, the board is hiring Armstrong Teasdale partner Ray Price to its legal team, Mabie said. Price served on Missouri’s highest court for more than 20 years and served two terms as chief justice before joining his current firm.

“Mr. Price’s years of experience on the Supreme Court will ensure our arguments before that body are as effective and persuasive as they could possibly be,” Mabie said. “We look forward to the Missouri Supreme Court building on its special law jurisprudence, and are hopeful that after full briefing and argument, the court will rule in Crestwood’s favor.”

The money the city pays each year has “outpaced inflation by hundreds of thousands of dollars due to the frequent tax increases passed by Affton,” Mabie said.

But AFPD Chief Nick Fahs said he still feels confident that the fire district will keep the legal victory.

“We still feel good about our position in the case as it makes its way through the court system,” Fahs said. “We hope the case is resolved quickly, as it continuing to cost taxpayers money in legal fees that were designated for other causes such as life safety.”

The city has consistently declined to release the original vote to sue Affton to the public, citing legal issues. Closed session votes, even to initiate a lawsuit, are typically released to the press even if other closed-session matters aren’t.

Mabie, then a Ward 3 alderman, addressed that decision on the mayoral campaign trail in September when he was questioned by resident Martha Duchild at a Concord-Lemay-Gravois Republican Club meeting.

“At the right time, absolutely, that vote needs to come out and when that vote is released, I think the legal reasons for not releasing it’ll be readily apparent,” Mabie said. “I wish I could say more, but I’m bound by confidentiality.”

At the Jan. 10 closed meeting, Ward 1 Alderman Mimi Duncan made a motion, seconded by Ward 4 Alderman Ismaine Ayouaz, to make the vote to appeal the lawsuit open to the public. Aldermen agreed unanimously.

The AFPD hired attorney James Layton, who has argued cases at the U.S. Supreme Court, as their primary counsel in Crestwood’s lawsuit.

Crestwood was represented in circuit court by its city law firm, Lashly & Baer. Attorney James Hetlage argued the case at a hearing Sept. 11.

So far, the city has spent roughly $83,000 on the lawsuit, plus another one from Affton taxpayer David Schmoll against the fire district.

It was unclear at the time the Call went to press how much the addition of Armstrong Teasdale would add to the city’s legal bills, which have been mounting in recent years with the lawsuit and the Crestwood mall redevelopment proposal from UrbanStreet Group.

“Lawyers are not cheap, and I say that as one,” Mabie told the Concord-Lemay- Gravois GOP. “You pay for time and expertise in doing those things. Spending money on lawyers is not always voluntary — when the city gets sued, we’re not going to allow a default judgement to be taken against the city, so we do hire lawyers to defend those lawsuits. In years past, the city did some things that were inappropriate that had lawyers been reviewing those situations, we wouldn’t have gotten into some things. So sometimes not paying for lawyers can be penny wise and pound foolish.”

Mabie said that he reviews the legal bills from City Attorney Lisa Stump and Lashly & Baer every month along with City Administrator Kris Simpson and another person with expertise in reviewing legal bills and questions her on anything they see that seems a “little heavy-handed.”

But he pointed out that the “special circumstances” of the Affton lawsuit and the mall redevelopment also called for more attorneys than normal.

But as far as the court battle with Affton, “that was a choice,” Duchild noted.

Mabie said the lawsuit should be concluded “later this year or early next year,” and said it could result in year-on-year savings of $650,000.

“If we prevail in that lawsuit, I think it’d be a win for constitutional government,” Mabie said.