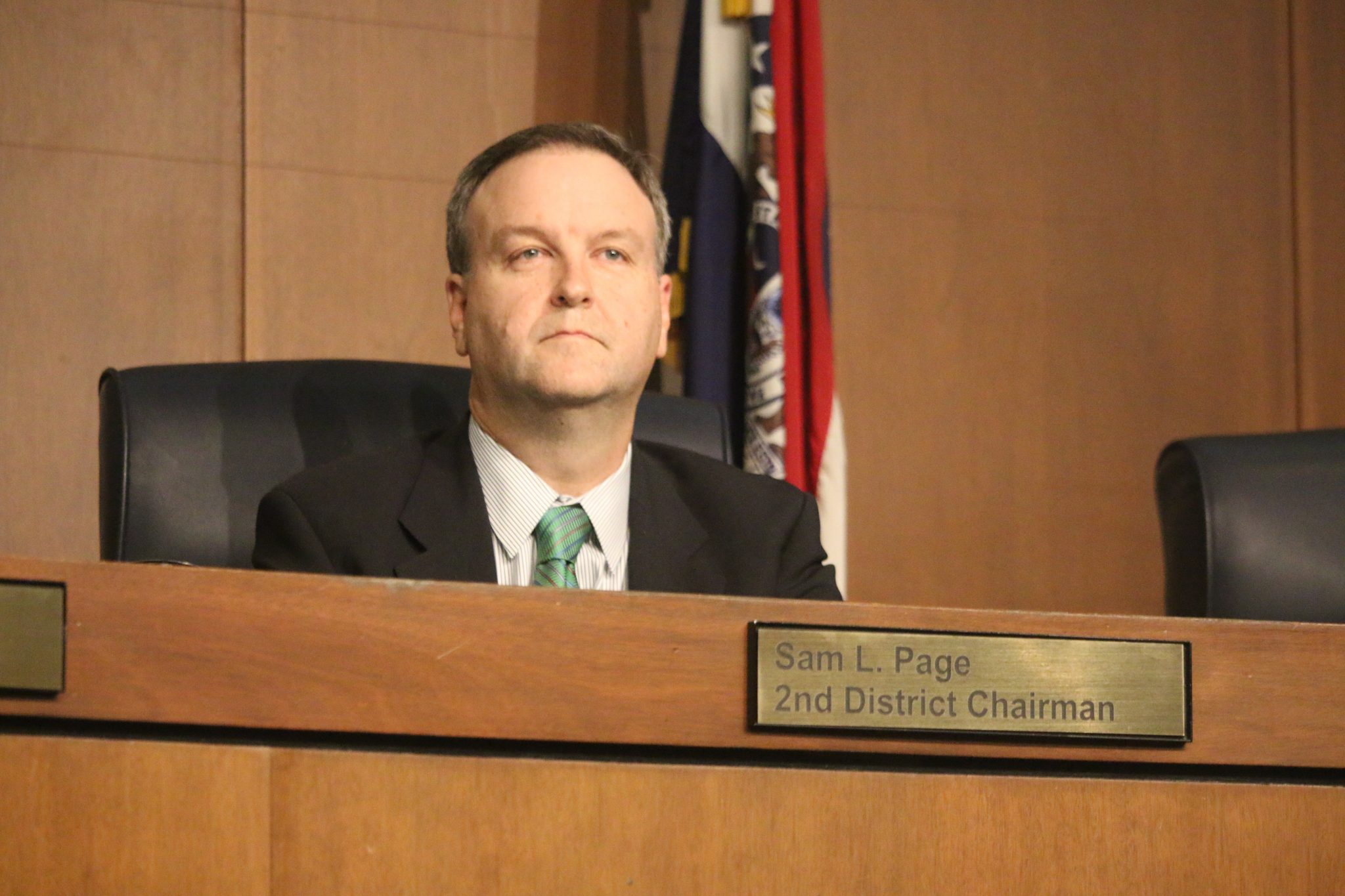 The technology surrounding the County Council hasn’t changed much in a decade, but the council is moving to take steps forward with a new county website, central phone number for resident questions and livestreaming meetings.

Last week’s County Council meeting was historic, as it was the first council meeting to ever be livestreamed as part of a trial to see if the technology behind the council’s streaming system will work. The trial appeared to go off without a hitch.

The directive to livestream didn’t come from the council, but from County Executive Sam Page. The council held a Committee of the Whole meeting to decide how to move forward July 2.

Or as 5th District Councilwoman Lisa Clancy, D-Maplewood, put it, “Part of the value proposition is increasing transparency.”

That’s also one of the reasons that the county is pursuing a new website, which Clancy said at her Aug. 8 town hall in Richmond Heights was “one of many things the council has done to improve access and transparency.”

The council approved $150,000 to build the new website at www.stlouisco.com, which will have some increased functionality, Clancy said.

“I don’t know if anyone has been to our county website, but it is very hard to navigate, so some good changes are coming soon to that,” Clancy said.

The council also appropriated a supplemental appropriation for an upgrade to the county’s 311 system.

Residents with any type of question about the county can dial 311 on their phone and will be connected to a county employee who will direct them to the right person in the correct department.

The system, called “Gateway 311,” is also an app that residents can download to their phones.

“Anywhere in St. Louis County you can dial 311 if you have a question about county government or an issue or a service that you need questions answered around, so I encourage everyone to know that number and use it,” Clancy said at her town hall. “Gateway 311 is just getting started, and I think it’s a cool innovation that could really help a lot of people access county government and services.”

Page is already using the service himself, referring residents during the town hall to call 311 if he didn’t immediately know who to refer them to in county government to get their questions answered.

County IT Business Director Don Owens said the cost to livestream council meetings is “minimal.” For many years, the council has already posted professionally edited videos to its YouTube page.

The money would have to come out of either the council budget or the Information Technology budget, said Budget Director Paul Kreidler. The council increased its own budget this year but drastically cut the IT budget before reversing some of those cuts later.

To make it happen, the county employee who works on council videos will need an amendment to his contract to add a few hours a week of extra work in order to staff the cameras during the council meetings. That could add up to an estimated $250 a month.

The county will also need to buy a new $1,000 computer to handle the software for livestreaming. The cost of software could range from free to $600. If the videos are freezing up, the county might have to spring for a higher-end video card to handle the streaming.

A link to the YouTube stream will appear on the council website. The video editor, John Pagano, uses four cameras to show different angles at meetings, including the whole council, public speakers and close-ups on the council members.

Owens brought up the idea of broad-casting with a 10-second delay so that if a disturbance happened during a council meeting, the livestream could be stopped.

But the council has always posted the entire meeting to its YouTube account, with no editing of what happened live at the meeting.

Deputy County Counselor Micki Wochner said that there are limits to what can happen at the council’s live public forum: “No one has the right to speak about anything they choose… You can even stop a speaker if they become disruptive.”

With a livestream, 7th District Councilman Mark Harder, R-Ballwin, wondered if profanity should be edited out.

But 4th District Councilwoman Rochelle Walton Gray, D-Black Jack, noted, “We don’t really do any editing at this point.”

As for whether people watching at home could participate in the meeting or ask questions, the council members decided that would not be a good idea.

Council Presiding Officer Ernie Trakas, R-Oakville, said that he had considered remote sign-ups to speak at council meetings but had decided against it.

Owens told the council not to get too complicated with the new initiative: “Start with the basic, and you can go anywhere with this.”

Although council members found the open-government aspect of livestreaming appealing, Trakas said he also worries whether broadcasting council meetings live could change their very nature by allowing them to be exploited by residents who want to disrupt proceedings or draw attention to a particular issue.

He warned the rest of the council about the “possibility, perhaps the likelihood, that you create an environment for theater with this as a service. And by that, I mean people coming to council meetings knowing of the streaming for the express purpose of making political statements, whether or not it’s part of the council agenda or not.

“So as we consider this I think the council should at least be mindful of the, in my opinion, the eventuality — I don’t even think it’s merely a possibility, I think it’s a reality that we’ll deal with in some form or another from time to time. I think that’s something that needs to be considered before we make a final decision. I just didn’t want to ignore it.”

Trakas also questioned the cost and the potential for “project creep,” in which ideas keep getting more and more ambitious until they cost taxpayers more than the council bargained for.

Harder said he would like to see county Planning Commission meetings livestreamed, which could eventually be in the cards since those hearings take place in the council Chambers, which is already wired for video for the council meetings.