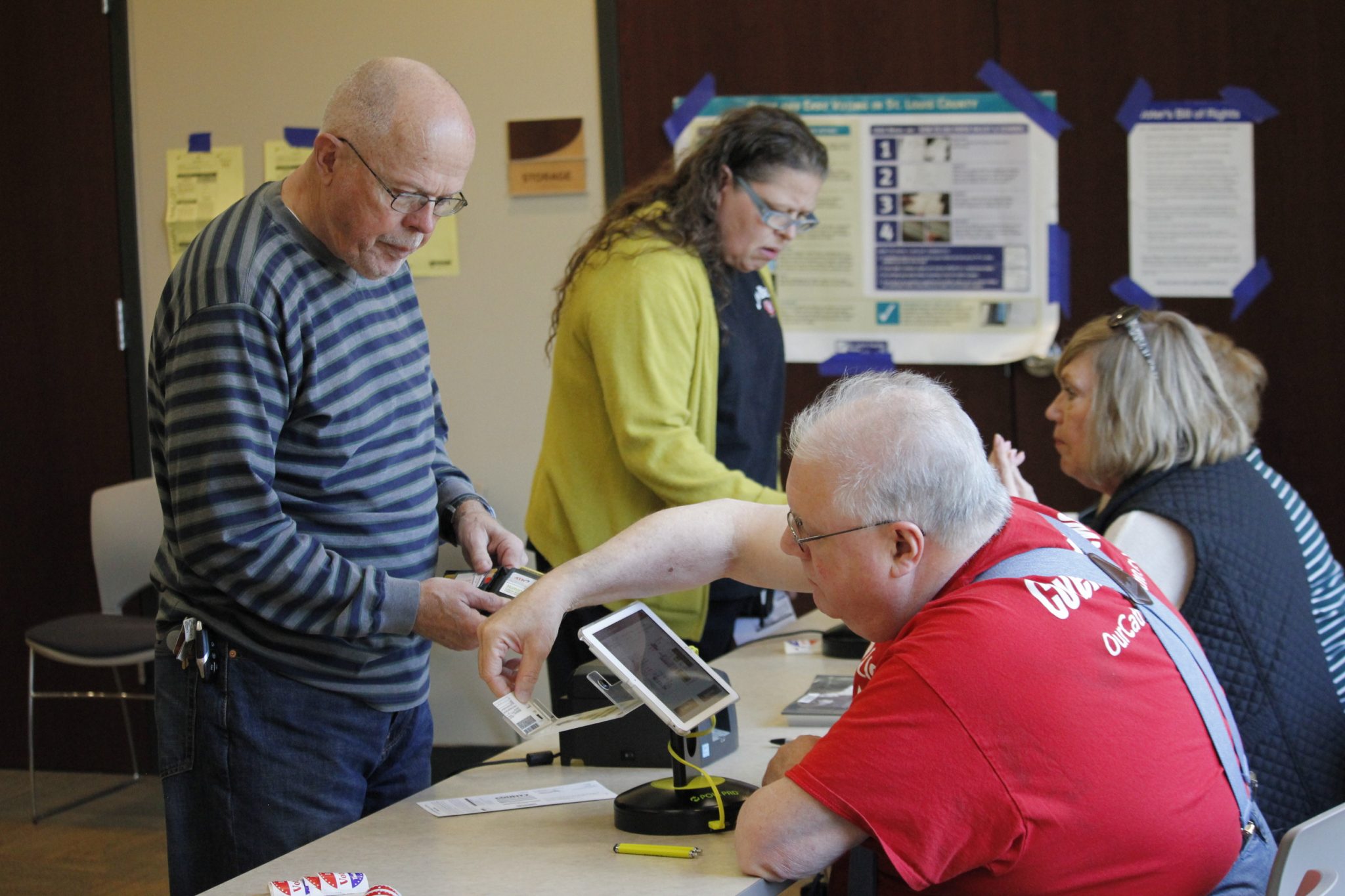 Pictured above: Voters check in to cast their ballots at the Sunset Hills Community Center during the April 2019 election. Photo by Erin Achenbach.

Candidate filing began last week for the April 7 elections across South County, setting up a competitive race for Sunset Hills Mayor Pat Fribis and at least a five-way race for three seats on the Mehlville Board of Education.

Crestwood mayor, aldermanic seats in Green Park and Sunset Hills and trustee seats in Grantwood Village will also be up for election, plus seats on the Lindbergh and Mehlville school boards.

Filing began Dec. 17 and continues through 5 p.m. Tuesday, Jan. 21. School districts were closed Dec. 17 due to snow, with Lindbergh open anyway to accept board filing, while Mehlville was not.

First-term Mayor Grant Mabie filed to run for re-election, and so far is the only candidate to file. He won office in a special election in November 2018 to fill out the term of former Mayor Gregg Roby.

McMunn, Wong and Price filed for re-election. In Ward 3, Cathy Friedmann filed to run. Friedmann has been a recent critic of the city due to the city’s new zoning code and cluster homes.