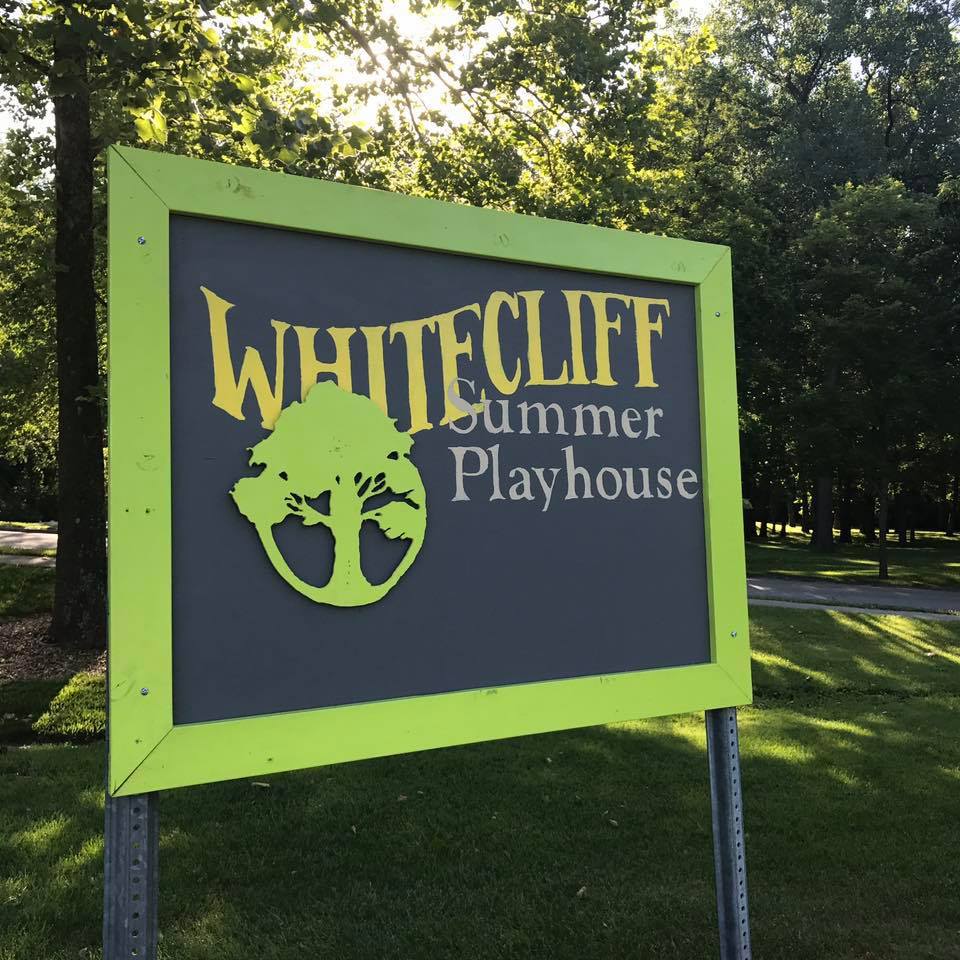 The show will go on at Whitecliff Summer Playhouse for the foreseeable future.

Around 40 supporters attended last week’s Crestwood Board of Aldermen meeting to show their support for the program and urge city officials to approve a four-year extension of the city’s agreement with Playhouse.

Aldermen unanimously approved the extension, to much applause. Ward 4 Alderman Tony Kennedy, who was unanimously elected board president last month, was absent. 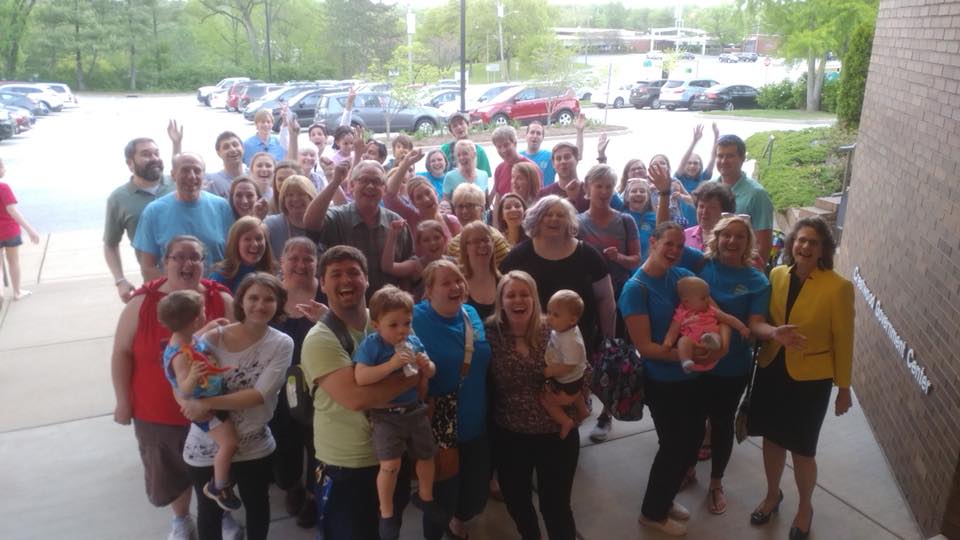 Playhouse supporters celebrate after the Board of Aldermen unanimously voted to extend the theatre program’s contract last week. Photo courtesy of the Playhouse Facebook page.

Under the pact with Playhouse, the city will spend up to $10,000 for a new stage to be constructed at the site of its old stage, which is in such disrepair that it can no longer be used. The stage was intended as a temporary stage, but has been used for about 15 years.

“It certainly was at the end of its life from a safety perspective,” City Administrator Kris Simpson told the board at the May 8 meeting.

The city will fund the materials for the stage, which will be built by Playhouse volunteers. In exchange for the new stage, the city will now approve productions put on by Playhouse Productions. The plays are also funded through grant money from the Regional Arts Commission, along with city-backed fundraisers.

The city intends for the new stage to also be a temporary one. Officials have been working on a master plan for Sappington House that calls for a permanent stage to be built on that site that could be used by Playhouse Productions and for concerts and other events. The city hopes to fund that stage through a grant, and Playhouse could move when the latest four-year contract is up, Simpson said.

“What’s driving my support of trying to relocate them is it’s at the side lot of the Community Center in a parking lot, and I think it deserves better than that,” Simpson told the Call. “I think the Sappington Center would be a really, really nice venue — it would be intimate, and you’d be outdoors with nature around you. The whole setup would be nice and new.”

The summer musicals feature an all-ages cast from throughout the metro area. One of the past cast members includes Crestwood City Clerk Helen Ingold.

The feedback that Ward 3 Alderman Grant Mabie heard from constituents was all positive, he said.

“I look forward to approving it and having another four years of plays in the park,” he said.

The organizer of Playhouse, St. John Vianney theatre teacher Al Book, said that the organization has never had the resources to track where its audience is coming from, but some people travel from Alton, Illinois, and throughout the St. Louis region for every show. They have dinner at Crestwood restaurants while they’re here, he said.

“It’s so hard to put in writing the effect on the community of 2,800 people coming in for each show,” Book said.

The organization is run by all volunteers and has no employees.

Several of the eight speakers who spoke up in support of Playhouse said the summer tradition is a priceless learning experience for teenagers and children in Crestwood and surrounding areas, even spurring four marriages among participants who started in the program as children.

One of those young Playhouse participants who later went on to marry another participant, Crestwood resident Melissa Bommarito, said, “We’re so happy to have them here, and we hope you support them.”

When Bommarito’s young son started to climb the stairs to the dais as she was speaking, she added, “He wants to be in the show one day.”

That was echoed by Mary Spencer, who lives just outside the city limits in unincorporated Sappington and said her son learned responsibility and values at Playhouse.

“It’s a real value and asset for the citizens of Crestwood,” she said.

The quality of production is only seen elsewhere in St. Louis at The Muny, said former Crestwood Code Enforcement Officer Rosann Shannon, who spoke in favor of the expenditure.

“You can’t have a better time for five bucks anywhere in Crestwood,” she said.

Cell tower could come to park

At one point, Mayor Gregg Roby had pushed for a new amphitheatre to be built in Whitecliff Park for Playhouse and other events, but the cost was upwards of $800,000 and would likely have to be funded through grants.

The city received a Municipal Parks Grant for that project, but would still have had to come up with hundreds of thousands of dollars to build it.

“It just did not make sense,” Simpson said. “I wish we had all the money in the world and could build the amphitheatre.  But even assuming the best-case economic forecast, I just don’t see it happening.”

But the mayor floated the idea again at the board’s April 24 meeting during a discussion of whether aldermen might approve of a second cell tower being built in Whitecliff Park.

The new Sprint tower would be 100 feet tall, 20 feet taller than the existing AT&T tower, and could be placed as part of the first-base dugout or on the forest line at the ball fields to be somewhat camouflaged.

That’s more than the $17,000 a year the city is paid for an existing tower at City Hall.

Roby asked if the money could be paid upfront so the city could fund the amphitheatre.

Otherwise, the city could be left high and dry since the company is asking for a five-year option to terminate the lease.

“Then we’re left with a stinkin’ tower in our premier park,” Roby said.

Aldermen seemed supportive of the idea, as long as the money was spent on improvements to the park. Kennedy said he could support the idea as long as the aesthetics were considered for neighbors and the city got a security deposit from the company.