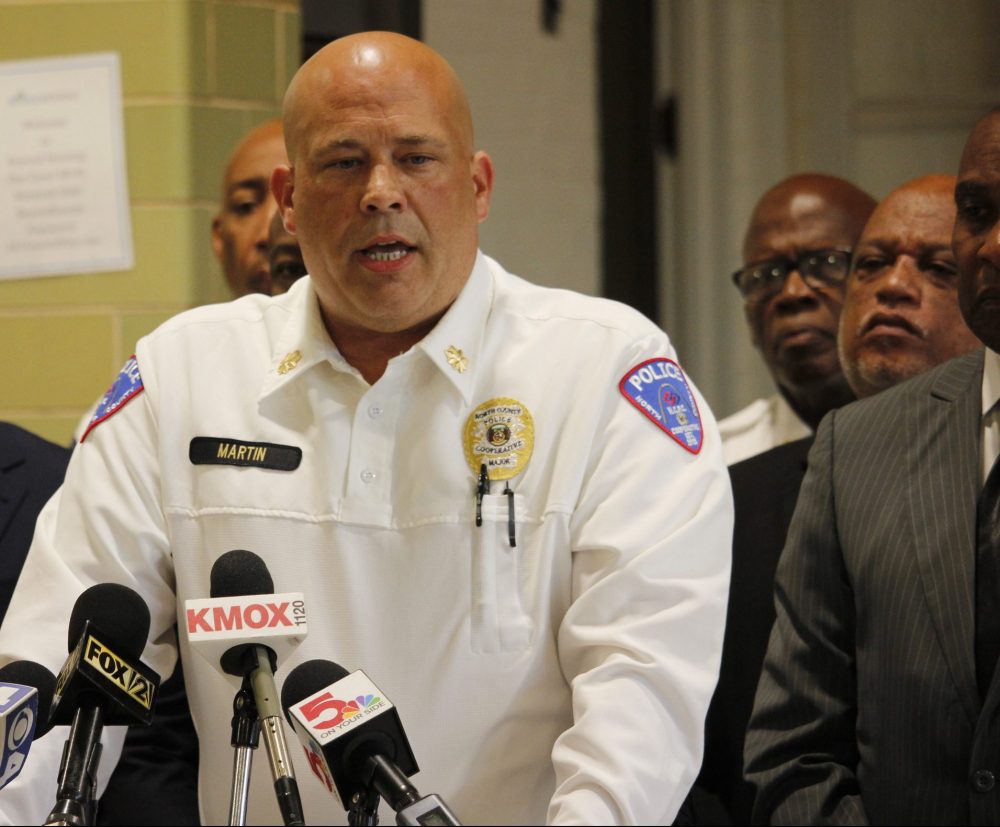 The St. Louis County Charter Commission is exploring the idea of adding minimum police standards to the county Charter, but representatives of the county’s 52 municipal forces oppose the idea.

In the wake of Ferguson, the county passed legislation in 2016 to require minimum standards, a move supported by former County Executive Steve Stenger. But the standards were shot down by the courts due to arguments made by Sunset Hills City Attorney Robert E. Jones on behalf of several county cities, including Sunset Hills.

County officials have maintained throughout the Charter process that the Charter Commission work groups are closed to the public. The local governance group discussed whether to require all municipal police departments to obtain certification, Reggie Jones said. Some members suggested starting a St. Louis County-only central police academy that all recruits would go through and all county police departments would hire from.

Commissioner Tony Weaver, the legislative assistant for 4th District Councilwoman Rochelle Walton Gray, was concerned with the concept of all recruits attending a central academy, based on problems he sees in the existing county police academy.

“I want commissioners to be aware that there are problems with the St. Louis County Police Academy related to racism and racial bias,” said Weaver. “For that to be the primary person or place to go, they have to make some changes because it is currently not working.”

Weaver said that there are not enough minority employees at the academy, and implicit biases are also an issue at both the academy and the St. Louis County Police Department.

Although it does not set minimum standards for police, the Charter does address some minimum standards for fire departments and establishes a Fire Standards Commission composed of seven residents appointed by the county executive and confirmed by the County Council. The fire panel has the power to establish minimum training and educational guidelines, as well as issue regulations for any firefighter serving in any municipality, fire protection district or other public agency.

The commission invited North County Police Cooperative Chief John Buchannan and Maj. Ron Martin to speak about police standards in June. Both men said that many of the departments in the county were already adhering to international accreditation standards from the Commission on Accreditation for Law Enforcement Agencies, also known as CALEA, which has also certified the county force.

Buchannan and Martin agreed that while departments need standards, carving them into law as Stenger previously attempted was unnecessary. Several officers from various municipal departments also attended that meeting.

“I don’t think any of us here would tell you that we don’t want standards for our police agencies… We’re already implementing those standards. We’re implementing the best practices of all our law enforcement agencies,” said Martin. “What I’m here to tell you today is you have a county that has 88 municipalities in it. Of those 88 municipalities, 52 of them have their own police departments and they have them for a reason. Because the type of policing that’s happening in Kirkwood is not the same type of policing that needs to happen in Hazelwood. There’s not a blanket practice of policing. Now there can be a set of standards implied and implemented, but each community has different needs of their police, and those people of those communities know exactly what they want.”

Martin went on to add that the 52 municipalities with their own departments have officers that already receive training and oversight.

“That’s about 2,000 police officers that are working for municipalities. They are certified and trained by the state of Missouri. The state of Missouri delegates what standards need to be there for a police officer. In a sense, they’re the ones policing the municipalities. The standards are there,” said Martin. “Rest assured, of those 52 municipal police departments, 45 of them are either CALEA-accredited already or they are in the process of being CALEA-accredited.”

Hazelwood Police Chief Gregg Hall, also the chair of the St. Louis Area Police Chiefs’ Organization, or SLAPCO, told the commission that adding additional laws to the Charter was unnecessary since many county departments were already adhering to minimum standards from organizations like CALEA and measures taken by SLAPCO to encourage professional policing.

“I’m not here to object to anything,” said Hall to commission Chairman and former County Executive Gene McNary, who questioned Hall if departments would object to a Charter amendment requiring departments to get accredited by CALEA. “What I’m here to do is to let you know that this organization (SLAPCO) exists, and we’re wholeheartedly a part of what you want to do. We wholeheartedly want to establish and maintain these compliance mechanisms to ensure professional policing. But I don’t think there needs to be a law, similar to what Stenger tried to do earlier, that directs a particular agency to police my police agency.”

Hall added, “Because we’re accredited does not mean that we are a superman organization…. We’re gonna make mistakes. We are humans and what this accreditation does and what this professionalism and this training does is ensure that we have the mechanisms in each of our agencies and these organizations to be able to follow these inequities and these errors and these serious problems, and in some instances, follow that up with appropriate accountability.”

At the commission meeting the week after the initial meeting with the police representatives, the commission opted to go forward with looking into some way to add minimum police standards to the Charter, whether that was an amendment endorsing current standards or an amendment requiring departments get certified through CALEA or a different agency.

The general consensus was the minimum standards are necessary but that they must be written in a way that allows for flexibility, as minimum standards for policing can change over time. The matter was referred back to the local governance work group, which has not yet presented a formal proposal for minimum standards, but said it is planning on doing so in the next few weeks. The Charter deadline is Dec. 31.