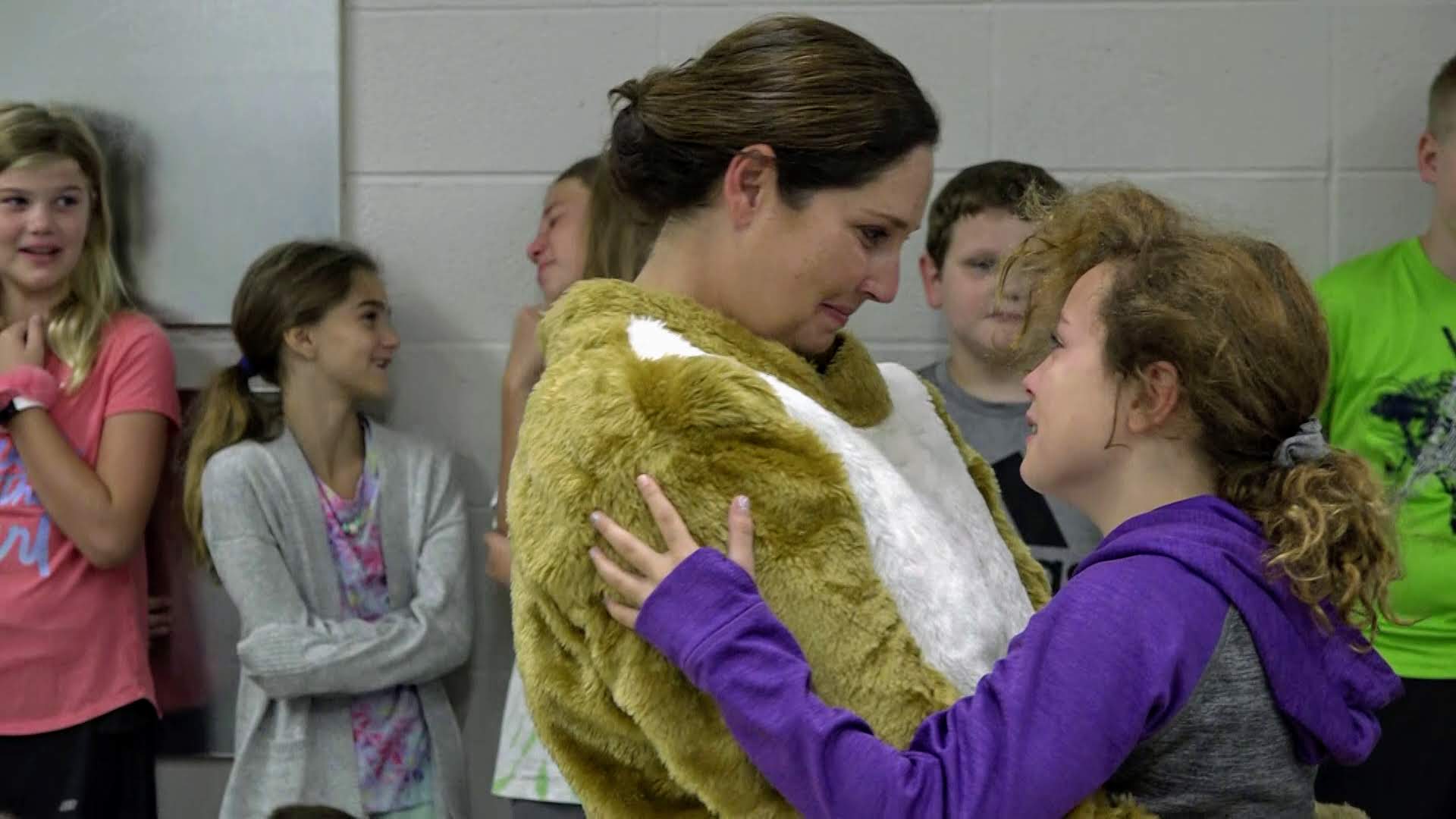 A family reunited last week after a military mom surprised her daughter at Blades Elementary School in Oakville.

Katie Herrell, a chief warrant officer with the U.S. Army, has been stationed in Georgia for four months.

Her daughter Brooke Powers is a fourth-grader at Blades.

“Brooke was kind of bummed that I couldn’t make the 9/11 ceremony,” Herrell said. “I thought, ‘what better way to make it up to her than surprising her when I come home.’”

Herrell, who contacted Brooke’s teacher to get the ball rolling, pulled off the surprise, above, by driving through the night Sept. 25, then slipping in as the ‘Boomer the Bobcat’ mascot to surprise Brooke during announcements.

“There were some times that I missed my mom,” Brooke said after the big reveal. “There have been some times where I was just happy that she was doing a good thing for the country.”

“A lot of people think it’s hard on the servicemembers being gone all of the time,” Herrell said. “But really it’s the families back home that it’s really the roughest part for,” Herrell said.