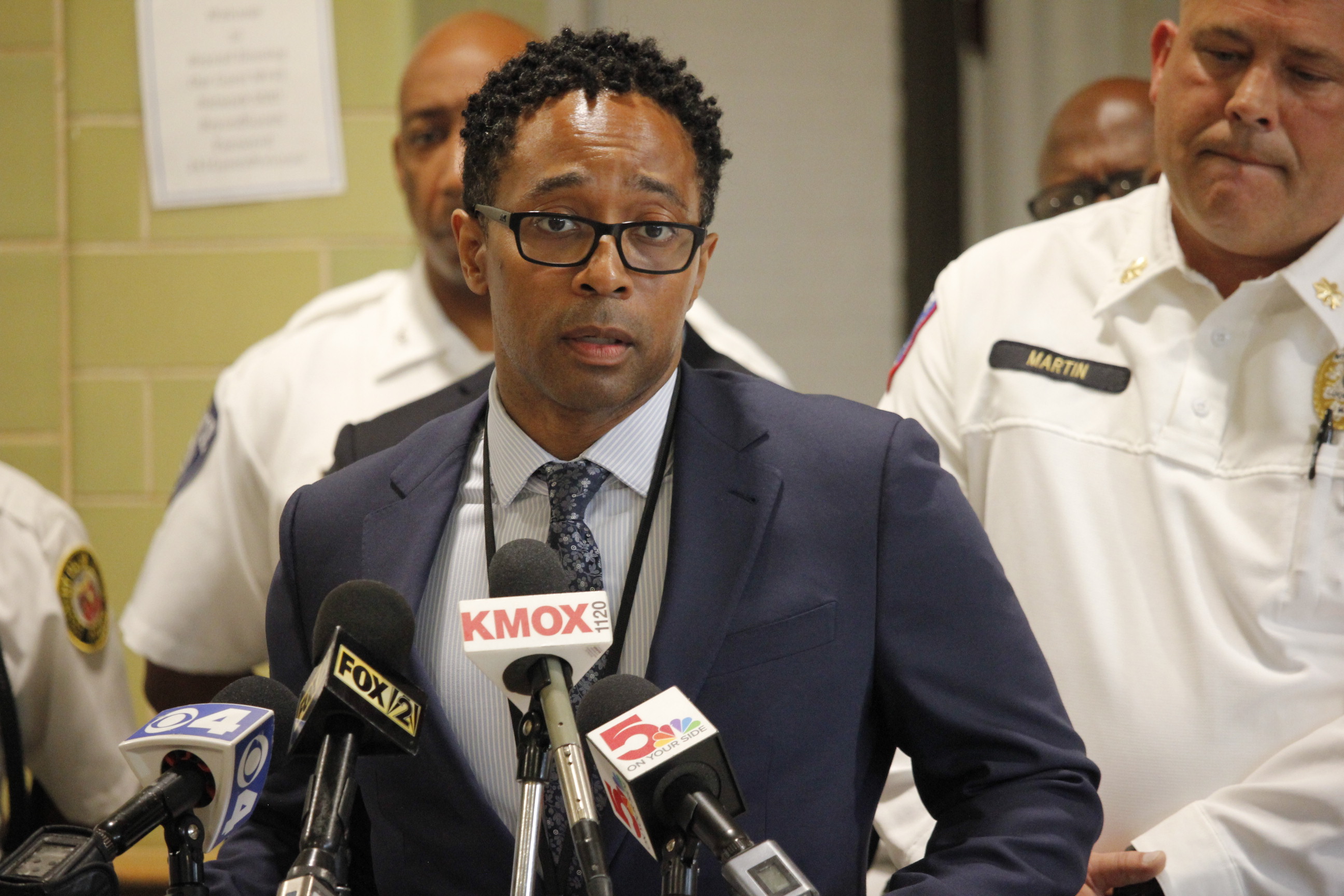 To see a related article about Bell’s appearance at the town hall, click here.

St. Louis County Prosecuting Attorney Wesley Bell’s new criminal justice reform tactics were received well in some respects by an Oakville audience at a legislative town hall earlier this year as Bell spent much of the town hall defending his new reforms, including a back-and-forth exchange with a former Mehlville Board of Education member over his decision not to prosecute small-time marijuana cases.

Bell appeared at the spring legislative town hall of Reps. Jim Murphy and Michael O’Donnell, both Republicans from Oakville, who are holding a follow-up town hall this week. At his only major public appearance in South County so far, Bell addressed drug decriminalization and use of force by police officers.

And the new prosecutor, who defeated longtime Prosecuting Attorney Robert McCulloch in the Democratic primary last year, wasn’t the only public official who defended his decision not to prosecute cases of marijuana possession less than 100 grams.

Only one person raised his hand when Murphy asked the crowd at Cliff Cave Library, “How many people here think you should go to jail for a joint?”

Murphy said police have more important things to worry about than “low-lying” drug crimes. He noted that the state decriminalized small amounts of marijuana this year, in response to voters’ support of an amendment to the Missouri Constitution last November legalizing medical marijuana. Marijuana is still illegal at the federal level.

But former Mehlville board President Kurt Witzel objected to the concept of a prosecutor not following all state and federal laws to the T, although he said he “basically agrees with everything Prosecutor Bell said” except for that.

“If there’s a law on the books, enforce the law,” Witzel said. “You don’t like the law, change the law, otherwise then it’s like everything else becomes gray, there’s no black or white. Everything becomes gray.”

“I thought the law was the law,” Witzel interjected.

Bell’s Chief of Staff Sam Alton noted that even though it is widely known that the office will not prosecute for marijuana alone, it is still illegal and police officers can still use it as probable cause to pull someone over or make an arrest.

Bell also went into more detail than he previously had publicly about his relationship with police officers during the town hall, noting that he hoped to appoint special prosecutors in cases of disputed use of force. He’s already referred at least one case to St. Charles County Prosecuting Attorney Tim Lohmar, who reviewed the case to make sure it was handled correctly.

On the importance of an impartial look at cases, Bell said, “You could show me video of Sam robbing someone and I’d say that’s not him because he’s my friend, and that’s where that bias comes in.”

Bell said of police, “If someone uses force against you, you can use that same amount of force. Officers are held to the same standard, and it’s a little bit nuanced because they’re officers — but if someone is threatening an officer with deadly force, an officer can use deadly force.”

He recognizes that officers are often dealing with the “worst of the worst.” And he said most officers do that “tough job” well, making judgment calls in intense situations. And even when videos are available, sometimes they don’t tell the whole story.

“If an officer uses force, which has happened since I’ve been in office, and it’s justified and it’s legal and it’s not popular and people on social media are upset, but we know it was a justified shooting — we’re gonna support them 200 percent, and if they abuse the law, then they’ll be held accountable just like anyone else in here,” Bell said. “The overwhelming number of officers do their job well, they do it honestly, they get in it for the right reasons, and we want to support them.”

Bell and Alton both said that if a person feels mistreated by an officer during a traffic stop or other situation, they should not try to take a principled stand at that moment but should comply with an officer’s orders and take the case to Bell later.

“It’s best to comply — do not hold court on the street,” Bell said. “If your rights were abused, we can deal with that later. But 10 o’clock at night, when an officer doesn’t know you from Adam, that is not the time to express (opinions).”

Alton added, “Say thank you, do whatever you have to do, and deal with it later.”

Schneider, who noted that “you are in my precinct” and that he is responsible for the “river to the river to (Interstate) 55” in policing South County, said that his 90 officers in the southernmost precinct get in a remarkably small use of force incidents each year.

“You figure that’s 90 officers who each come in contact with someone who doesn’t want to go to jail, or a felon, would mean 90 uses of force,” but the South County Precinct typically only has 20 or 30 such incidents a year, Schneider said. “I haven’t had any in recent memory where we’ve actually shot and killed somebody — we just shot a semi-deranged drug addict type the other day in the hip. We got him medical treatment right away. Whoever the prosecutor is, we know that if we did something outlandish that we would be held accountable.”

Even Bell’s own staff have had issues with use of force on the job. Bell told the story of his Director of Community Engagement Capt. Clay Farmer, who as a police officer responded to a domestic violence incident to arrest a man for beating his wife. Farmer was stabbed during the incident, but not by who you’d think.

“When you think what these officers have to deal with every day — he’s thinking we’re helping her and his back is turned, and she stabbed him,” Bell said.

The prosecutor also suggested that anyone who wants to see what it’s like in the spur of the moment for an officer to make a split-second decision on use of force can try out the county police simulator which sets up mock situations that police face.