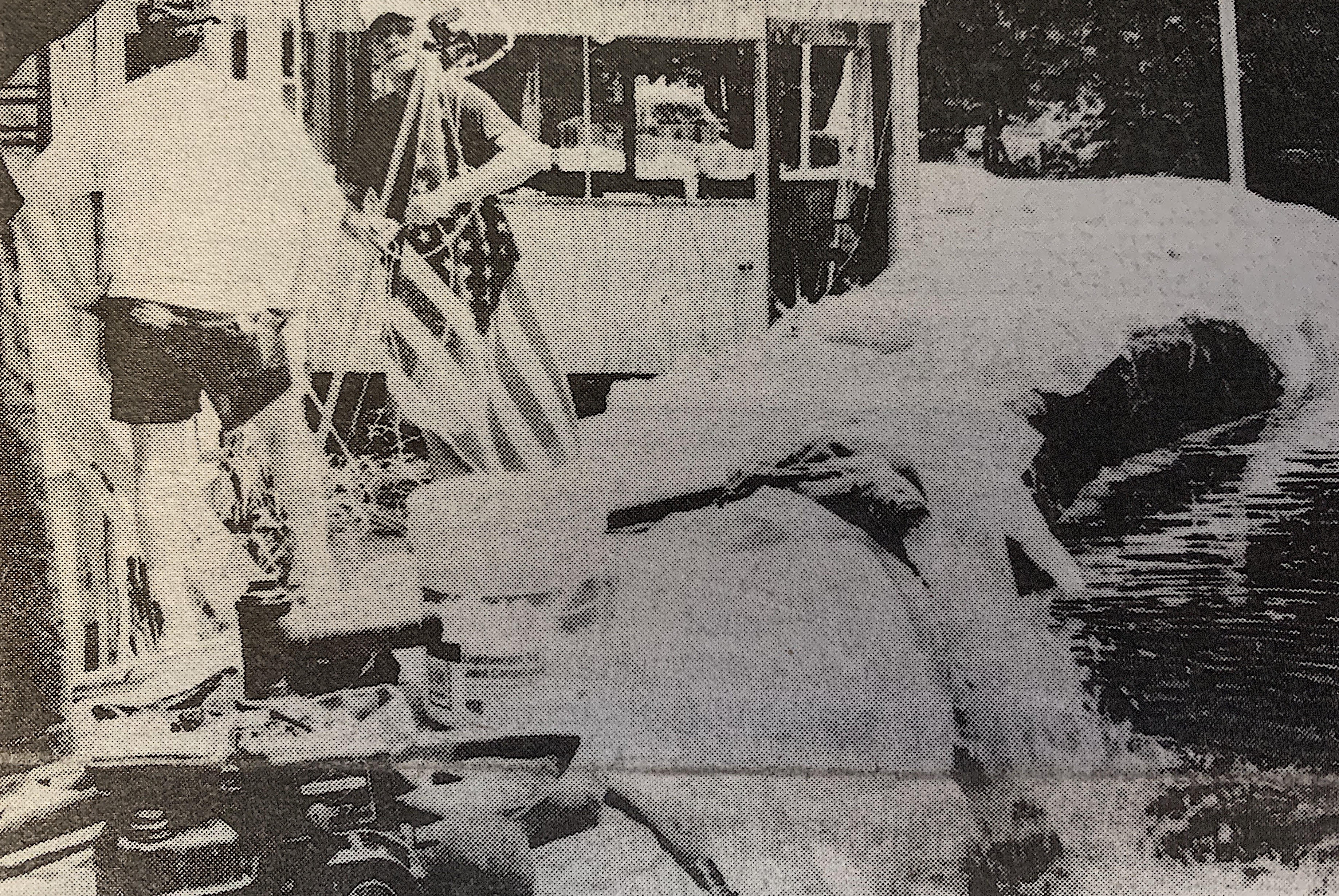 By Doug Rensch
For the Call

South county residents say President Bill Clinton’s flood relief proposal, the result of talks last weekend in Arnold, will not be enough to keep their heads above water.

“It’s a ripoff,” said David Hanson, 38, of 100 Fannie Ave., Lemay. “My house is completely destroyed. Flood insurance was the biggest government ripoff they ever came up with.”

Clinton took a helicopter tour of the area before meeting with governors of several flood damaged states and members of his cabinet.

• Buyouts and relocation of homes and businesses in flood plains,

• An individual assistance cap of $11,900 for flood victims,

• Funding sources for the relief effort.

“Sen. Bond would like to offset some of the expense through cuts in other programs,” Ayers said. “We don’t know what the administrators’ view on this might be. They’re not telling us much.”

Metropolitan Sewer District spokesman Donna Herron said her agency had already been told what type of documentation to prepare for flood reimbursement.

Herron said there is no way to assess the damage caused by flood water until it recedes. MSD has been spending about $30,00 a day to fight the flood for the last three weeks.

Nevertheless, untreated sewage is being released into area waterways because of the floods, she said.

But business owners have told the only assistance available to them will come in the form of Small Business Administration loans.

“Who will determine the value of a buyout,” said Nick Scalfano, owner of Scal Furniture, 116 Lemay Ferry Road. Scalfano estimates his business has suffered $60,000 in damages from the water inside his store.

“The government’s estimates might be in a conflict with what an individual thinks his home, or business is worth,” Scalfano said. “The best thing would be to get people back into their homes and businesses as fast as they can possibly manage.”

Estimates placed the flood damages in the Mississippi River valley at about $10 billion last weekend. The estimates are expected to be revised upwards as the crest travels down the river, said Ken Kruchowski, spokesman for the Army Corps of Engineers.

More water may be on the way.

Kruchowski said additional rainfall in the alt River basin might force the Corps to open flood gates and release water from the Mark Twain Lake if the reservoir begins to spill over from the top of the dam. The release could raise water levels in St. Louis by one foot.

Percy Pfohl, of the 7600 block of Old Telegraph said he has been told people with flood insurance, won’t get the $11,900.

“There’s no way the government can meet everyone’s needs sufficiently, especially after Hurricane Andrew,” Pfohl said. “I’d like to see my house get fixed and I’d like to live back there.”