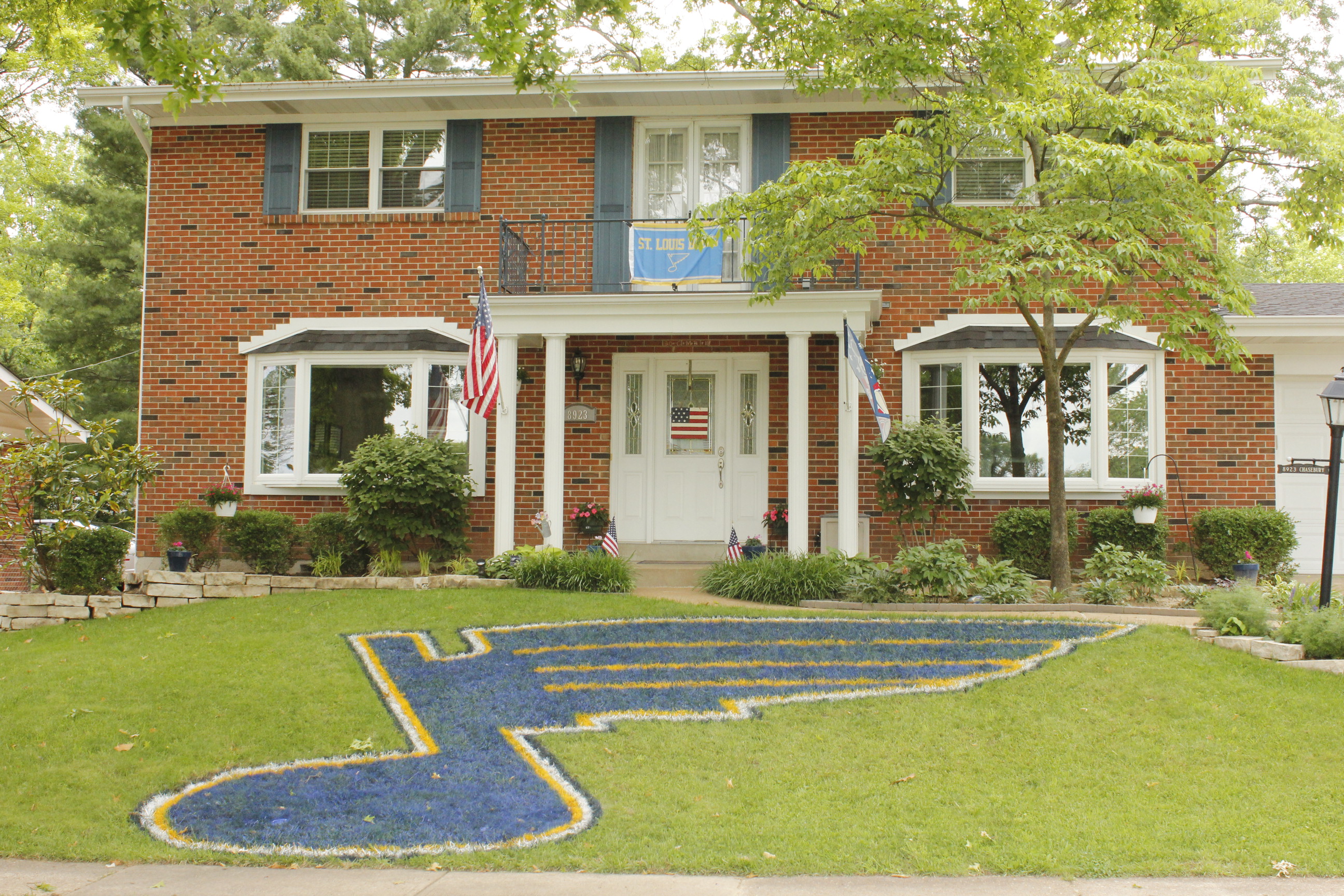 Pictured above: Daniel Mitchell painted a massive Blue Note on his lawn on Chasebury Terrace in Crestwood. The note measures 21 feet by 15 feet. Photo by Erin Achenbach.

South County residents are playing “Gloria” and rooting for the Blues to win the Stanley Cup.

The Blues won Game 2 of the Stanley Cup Final 3-2 in overtime against the Boston Bruins, tying up the series 1-1. The NHL team will play its first home game of the series at the Enterprise Center at 7 p.m. Saturday, June 1. 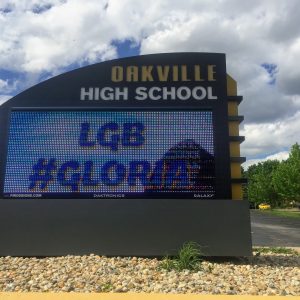 Western Conference championship gear is flying off the shelves at stores like Dick’s Sporting Goods. People are making their own homemade “Play Gloria” T-shirts and listening to the 1980s-era song on repeat. Children are taking up hockey. A man in Crestwood painted his lawn with the Blue Note.

And Oakville native Patrick Maroon is not the only Blues player gaining appreciation in South County. A church sign on Tesson Ferry Road said, “(Goalie Jordan) Binnington’s not the only one who saves.”

But Oakville especially is cheering on Maroon. The Oakville High School electronic sign outside the school has two messages for Maroon — “LGB #Gloria” and “Congratulations Pat Maroon — Class of 2007.”

After the OHS alumni scored his second gamewinning goal in a previous series, Oakville Tigers band students learned and performed “Gloria” on the fly.

Students at Blades Elementary formed the number 7 for a photo of their hockey hero.

Crestwood resident Daniel Mitchell is doing just that, painting a massive Blue Note on his lawn on Chasebury Terrace that measures 21 feet by 15 feet. 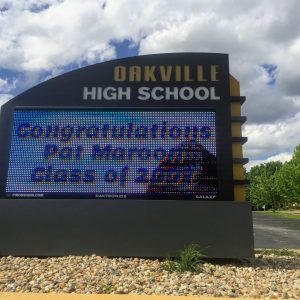 The Blues have been a St. Louis sports staple since the team was founded in 1967 as part of the National Hockey League’s 1967 expansion, which expanded the league from six teams to 12.

This is the first time in 49 years that the Blues have made it to the Stanley Cup Final. The team’s last appearance in the finals was in 1970, where they were swept by the Bruins — the same team they are playing now.

The Blues are the first team in NHL history to make it to the Stanley Cup after being in last place at any point after the 20th game of the season. On Jan. 3, the Blues had the fewest points in the entire NHL and were 11 points out of a play-off spot.

The team called up rookie goalie Binnington on Jan. 5, who had a shutout win in his first NHL start on Jan. 7. Since then, the team went 30-10-5, despite 25 of the last 41 games being road games. The team also set a franchise record for 11 consecutive wins from Jan. 23 to Feb. 19.

“The season turnaround for the Blues demonstrated the admirable qualities of grit, determination, overcoming adversity, and teamwork,” said Mayor Grant Mabie as he read the proclamation at the Board of Aldermen meeting.

The Blues beat the San Jose Sharks in six games to become Western Conference champions, and advanced to the Stanley Cup Final for the first time since 1970.

This is the team’s fourth appearance in the final. The Blues are the oldest active NHL team to have never won the Stanley Cup.