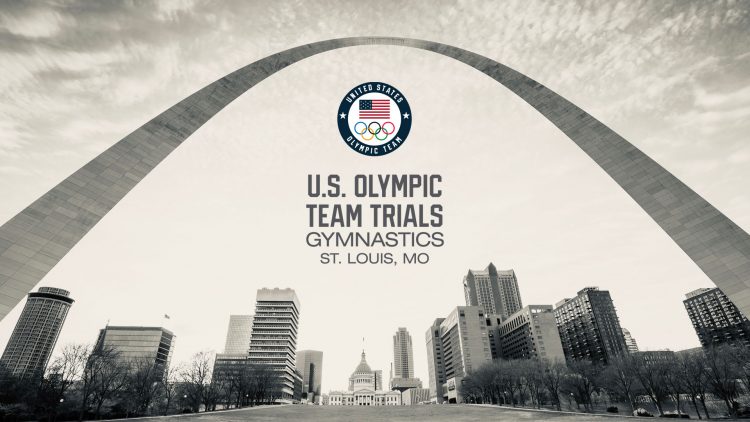 St. Louis will host the U.S. Olympic gymnastics team trials ahead of the 2020 Olympics in Tokyo, Japan.

USA Gymnastics and the United States Olympic Committee announced Tuesday that they awarded the bid for the 2020 team trials to St. Louis.  The event will take place at Enterprise Center June 25-28, 2020.  The St. Louis Sports Commission will serve as the host organization for the four-day competition.  It partnered with Enterprise Center to spearhead the region’s successful bid.

The teams for the 2020 Olympic Games in Tokyo for both men’s and women’s gymnastics will be named in St. Louis.

“As an organization dedicated to raising the profile and impact of St. Louis’ Olympic affiliation, the Sports Commission is honored to host the nation’s top gymnasts on their last stop before the Olympic Games in Tokyo,” said Frank Viverito, president of the Sports Commission, in a news release.  “Next year’s trials are an exclamation point to a wonderful run of major gymnastics events we’ve been able to host in St. Louis.  We’re grateful to have the opportunity to work with USA Gymnastics once again, and we look forward to partnering with our colleagues at Enterprise Center and our local gymnastics community to deliver an exceptional event next summer.”

With the 2020 Trials in St. Louis, USA Gymnastics returns to the birthplace of the Olympics in America.  It was St. Louis that hosted the 1904 Summer Games – the first Olympics to take place in the Western Hemisphere.

“Bringing the men’s and women’s trials to St. Louis adds another page to the city’s Olympic history book,” said Li Li Leung, president and CEO of USA Gymnastics.  “We look forward to working with the USOC, St. Louis Sports Commission and Enterprise Center team in planning and hosting a trials that provides the perfect setting for the last stage of the USA’s top gymnasts’ journey to Tokyo and creates lasting memories for athletes and fans alike.”

Chris Zimmerman, president and CEO of the St. Louis Blues and Enterprise Center, said in the news release, “We are thrilled that USA Gymnastics and the USOC are endorsing the extensive upgrades to our facility by giving our city and facility the opportunity to host our nation’s top gymnasts as they compete to earn the right to represent our country in the 2020 Olympics.”

In conjunction with the trials, St. Louis will also host the USA Gymnastics National Congress & Trade Show.  The competition and educational forum will draw thousands of visitors to St. Louis from around the nation.

Tickets will go on sale later this year.  For more information, visit StLouis2020.com.

COMPETITION SCHEDULE (All times are Central and subject to change)