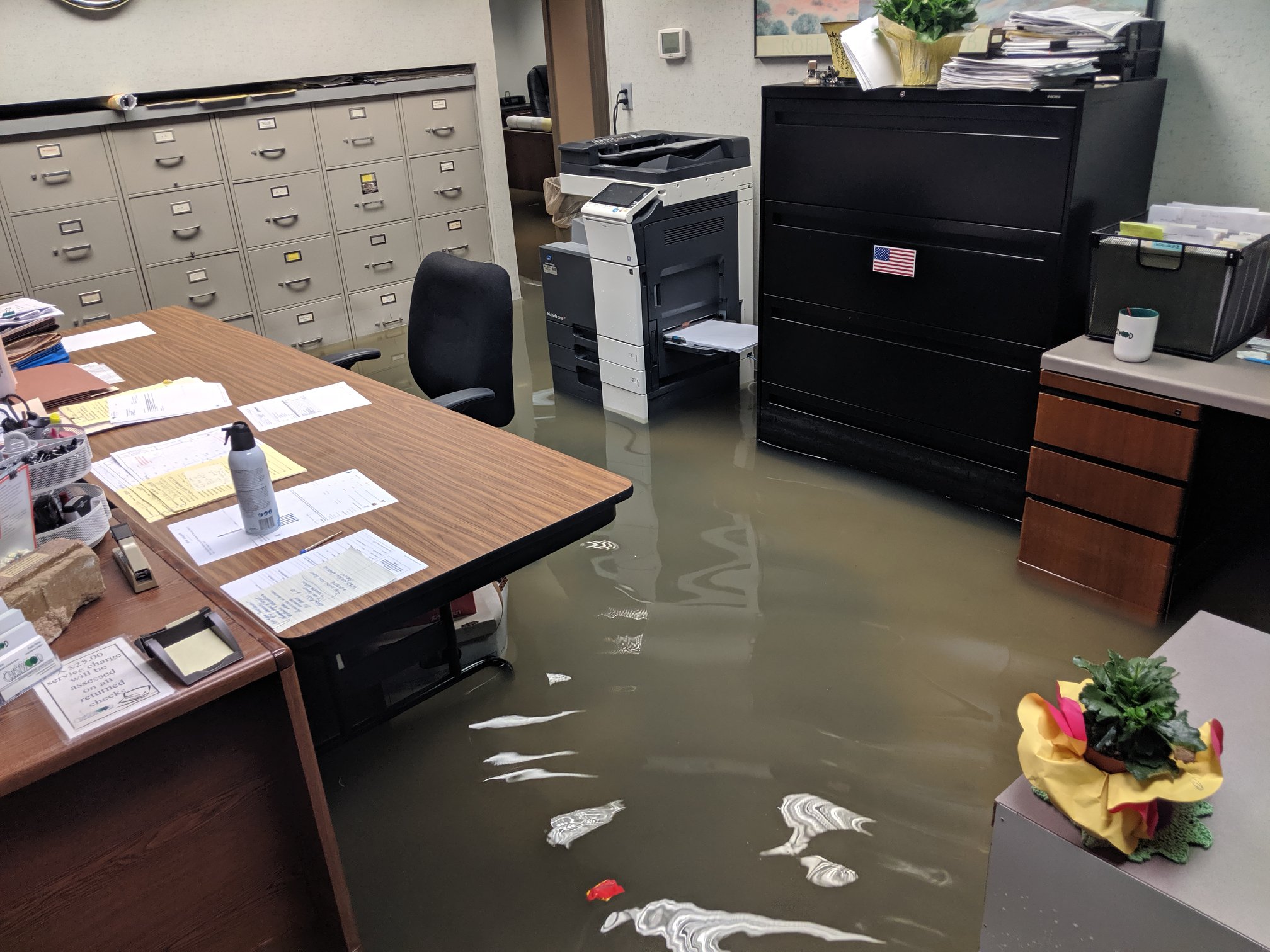 Crestwood City Hall may get a renovation along with the repairs required after flooding caused an estimated $250,000 of damage.

The Government Center will be a construction zone for the “foreseeable future” as restoration and renovations get underway after a water main break in August caused significant damage to City Hall, City Administrator Kris Simpson told aldermen Sept. 24.

Construction on the Government Center is expected to last nine months and will be divided between restoration and possible renovation, after major flooding damage from a Missouri American Water water-main break Aug. 10, Simpson said.

“This seems like an opportune time, if the board has the desire to do so, for some renovations to take place to the Government Center,” the city administrator said.

City Hall was originally built in the 1950s and expanded in the 1970s. Under former Mayor Gregg Roby, the city had a completely new Government Center on its wish list of facilities projects.

“Just to give everyone a sense of the overall timetable… we can expect this project to run through the end of July 2020, so it is going to be a major construction project,” said Simpson. “That is a generous timetable. The dates are reasonable and achievable. It’s not an aggressive schedule. It’s a completion date that we feel very comfortable is obtainable… I’d rather have a realistic schedule rather than one that’s overly optimistic.”

Simpson said the current schedule calls for completing the environmental remediation portion of the project first, starting with mold remediation in the human resources office Thursday, Oct. 3. Asbestos abatement is planned to be completed in the first two weeks of November.

As City Hall undergoes reconstruction and renovation, some of the building will have to be brought up to code. But Simpson told the board that the city’s insurance does have code coverage.

Reconstruction will begin in January and wrap up by early May. Renovation projects will be bid out in March and started in May, wrapping up in July.

Mayor Grant Mabie asked what the reasoning was behind doing two separate bids for reconstruction projects and renovation projects, rather than wrapping it up into one large bid.

Simpson said separating the two made it easier to document what insurance would be covering versus what the city will be paying for out of pocket.

Reconstruction will primarily focus on the basement where employees have been displaced. Finishing reconstruction before renovations allows employees to get back into their normal work spaces faster. And since most of the reconstruction work will take place inside the building, it makes sense to do those projects in the winter.

As far as modernizing City Hall, Simpson said possible projects include making the front of the building accessible under the Americans with Disabilities Act, replacing the skylights in the lobby since some are cracked and leaking, creating a small fitness room for firefighters and police, replacing all the windows, renovating the police bathroom and locker rooms and upgrading the technology equipment in the aldermanic chambers.

Simpson estimated the renovation projects could range frm $500,000 to $600,000, although he cautioned that numbers could fluctuate. He added that some of the projects listed were already on the city’s capital projects list.

“We have a healthy fund balance in the general fund, and that is the fund which I would propose funding all of this work out of,” said Simpson. “That could absorb a significant drawdown and you’d still be well in excess of the 45-percent reserve policy. I’m extremely comfortable financially with making this move at this point.”

There were no objections from the aldermen to splitting the work between reconstruction and renovation, and no objections to the renovation projects suggested by Simpson.