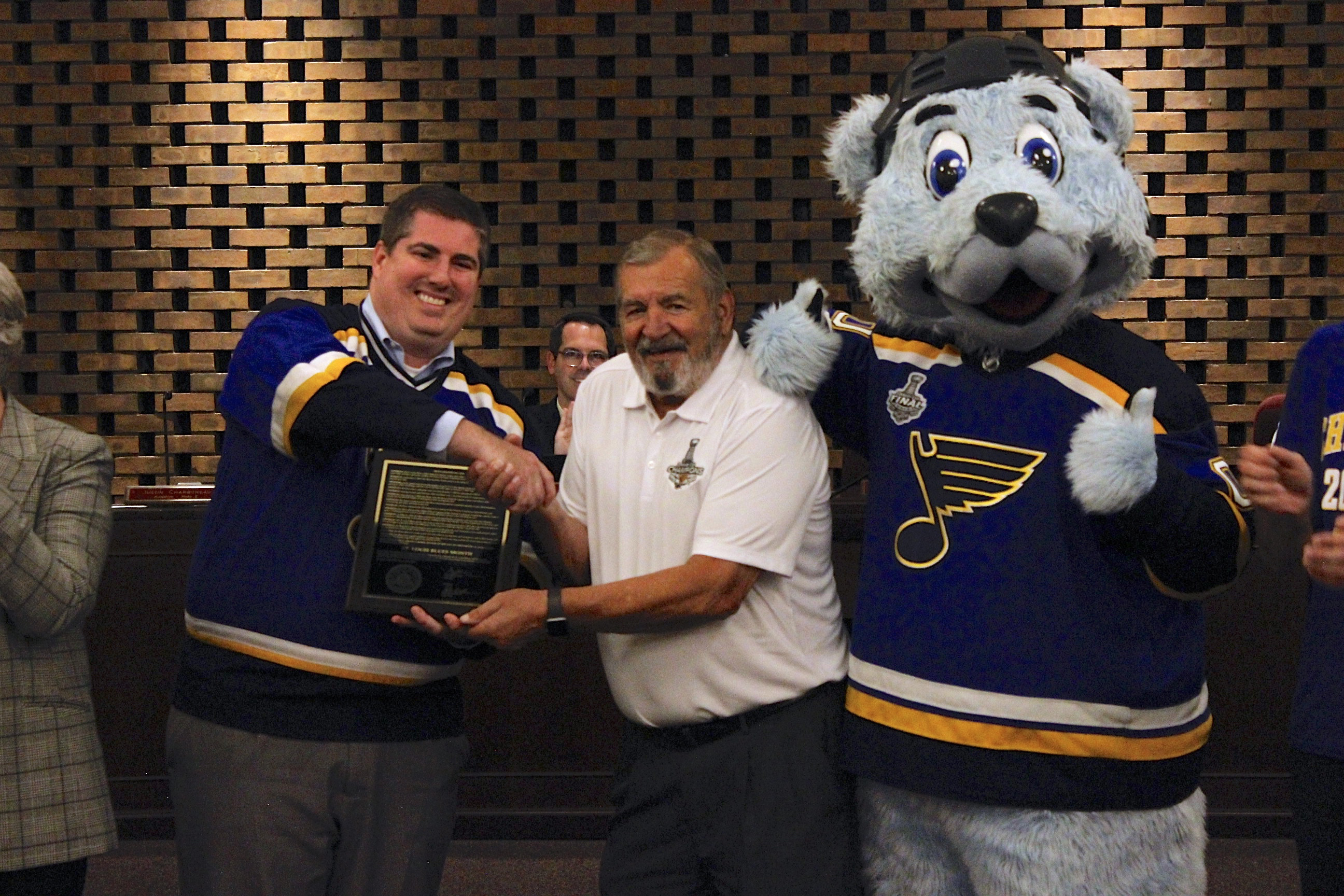 Pictured above: Crestwood  Mayor Grant Mabie, left, as he presents Blues Mascot Louie and Bob Plager with a copy of the proclamation honoring the Blues and their Stanley Cup-winning season at the Aug. 27 Board of Aldermen meeting. Photo by Erin Achenbach.

The Crestwood Board of Aldermen meeting had some special guests last week, as the city presented St. Louis Blues mascot Louie and Bob Plager, one of the franchise’s first players, with a proclamation honoring the Blues and their Stanley Cup-winning season. 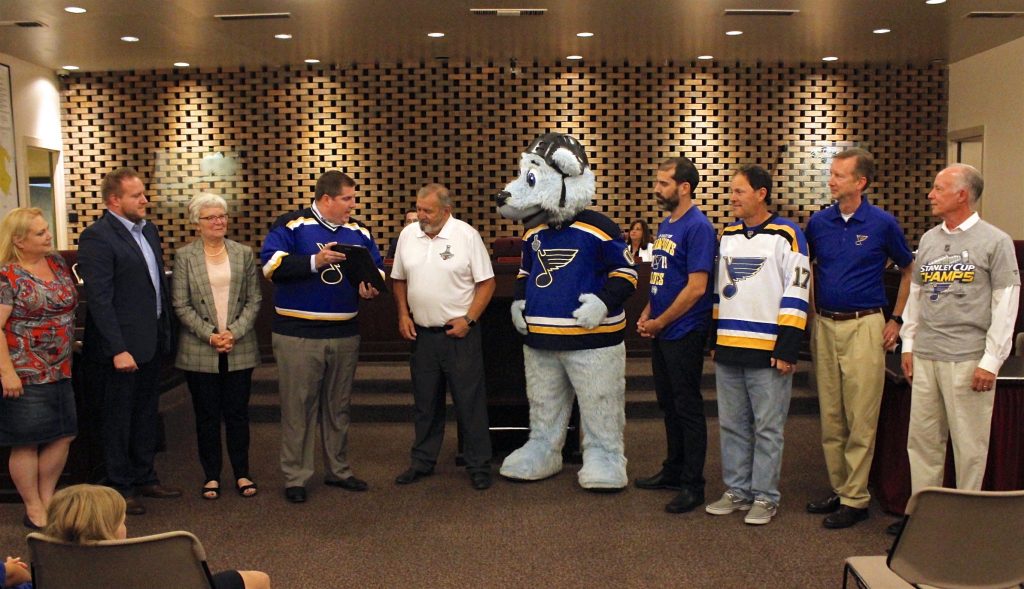 Crestwood declared the month of June “St. Louis Blues Month” with a citywide proclamation after the team advanced to the Stanley Cup finals in May. The Blues went on to win the Stanley Cup in seven games against the Boston Bruins.

“The whole city of Crestwood was pulling for you, the whole St. Louis region was pulling for you,” said Mayor Grant Mabie as he presented Louie and Plager with a copy of the proclamation at the Aug. 27 meeting. “June 2019 will forever stand as St. Louis Blues Month. We appreciate the Stanley Cup and we’re hoping for a repeat season.” 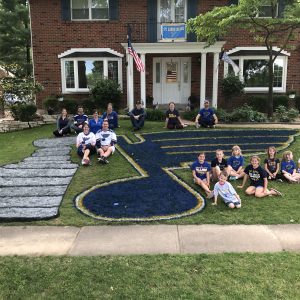 Pictured above: Daniel Mitchell painted a massive Blue Note on his lawn on Chasebury Terrace in Crestwood. The note measures 21 feet by 15 feet. After the Blues won the Cup, he added the Cup and invited the neighborhood over.

The Blues have been a St. Louis sports staple since the team’s inception in 1967 as part of the National Hockey League’s expansion that year, which expanded the league from six teams to 12.

The 2018-2019 season was the first time in 49 years that the Blue Note made it to the Stanley Cup Final and the first-ever Stanley Cup Championship win for the team. The Blues’ last appearance in the finals was 1970, when they were swept by the Bruins, the same team they defeated this year.

“It’s been a great year for us and the Blues. I’ve been here since Day 1, and I was there three times and we didn’t win it,” said Plager. “But this year, this city… It’s been the greatest, thank you.”

The Blues are the first team in NHL his-tory to make it to the Stanley Cup, and win it, after being in last place at any point at the 20th game of the season. On Jan. 3, the Blues had the fewest points in the entire NHL and were 11 points out of a playoff spot.

Jordan Binnington, a rookie goalie, was called up on Jan. 5 and got a shutout win in his first NHL start on Jan. 7.

“The season turnaround for the Blues demonstrated the admirable qualities of grit, determination, overcoming adversity and teamwork,” said Mabie when the proclamation was first read and adopted at the May 28 meeting.

The Blues beat the San Jose Sharks in six games and advanced to the Stanley Cup Final for the team’s fourth appearance in the final. The Blues were the oldest active NHL team to have never won the Stanley Cup prior to defeating the Bruins June 12.