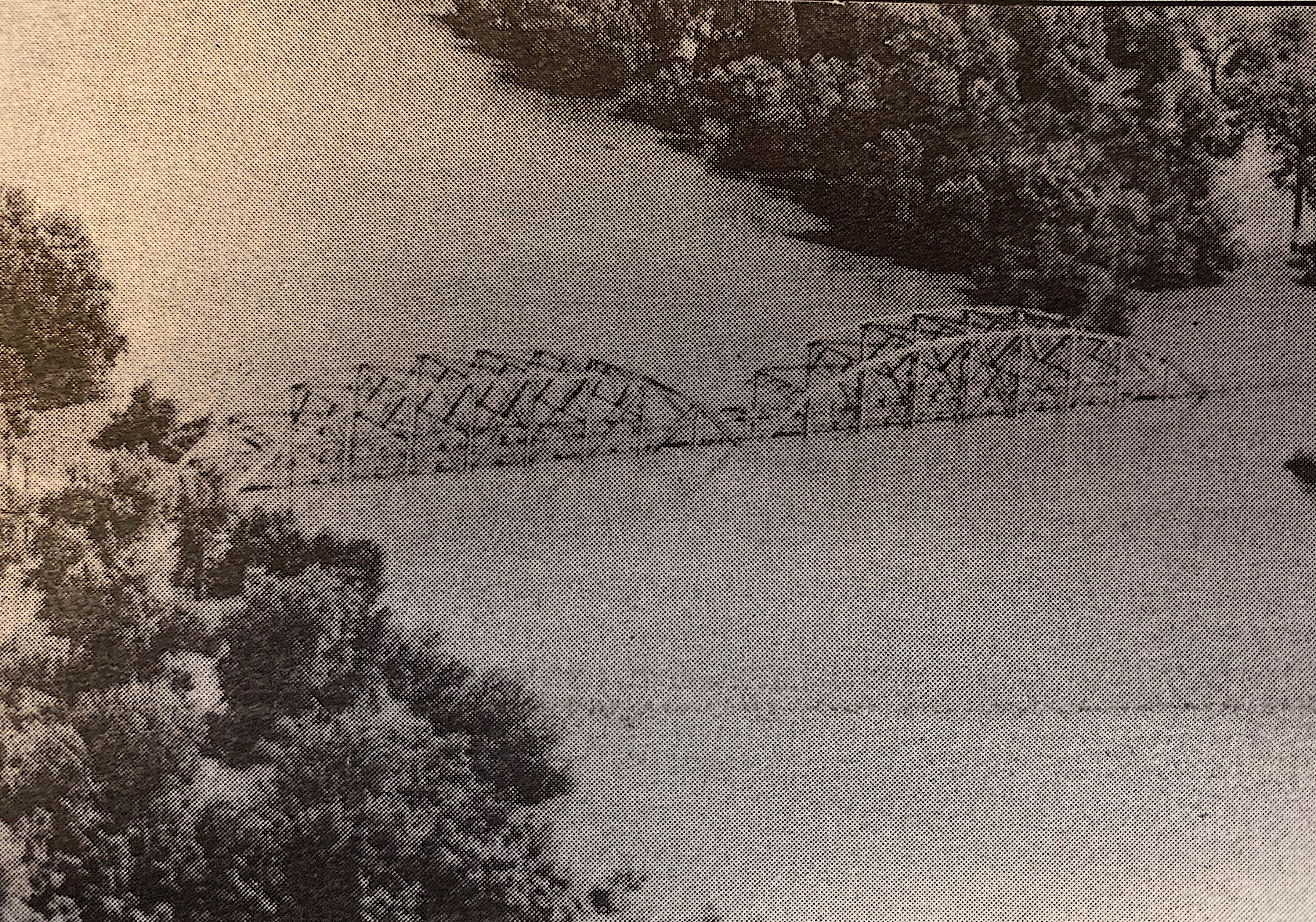 From the air, much of St. Louis County looks the same — all wet. Photo by Bill Milligan.

Experts are warning flood victims to use caution when returning to their homes after flood waters begin to recede.

As flood waters recede into the Mississippi and Meramec rivers, animals as well as humans are looking for safe, dry places to find shelter. Snake bites can result.

“The most important thing to remember is to stay calm. Don’t panic,” said Dr. Melvyn Goldberg. “Don’t suck the venom out, just get to a hospital.”

Most bites cause only local swelling, but some can cause nausea or fever, he said.

Nonpoisonous snakes have tiny teeth and round eyes, but can carry dangerous infections, like tetanus.

“The snakes are looking for a place to hang out until the water recedes, just like everyone else,” said Jane Stevens, a naturalist for Missouri Department of Conservation.

Stevens warned people to be careful when moving sandbags, packing up belongings or cleaning out houses after the water recedes. She recommends wearing heavy boots and gloves when working near high water.

The weather pattern has been set up by a stationary midwestern cold front and a tropical high pressure system.

Gary Dyhouse, chief of the hydraulic section for the U.S. Army Corps of Engineers, estimates the Mississippi will crest Saturday in St. Louis at 45 feet. Prior to this year, the record crest in the St. Louis pool was 43.3 feet, set in 1973. Engineers estimated the floods will cause $100 million in damage.

Ernie Goetsch, meteorologist in charge at the National Weather Service office at Weldon Springs said rains and flooding will stay with the St. Louis area through the summer.

“I think we’re looking at a flood well into August right now,” he said.

Relief agencies, including the Salvation Army and American Red Cross have all but died up assets helping St. Louisians cope with the floods. They are calling for volunteers and cash donations.

To contact Salvation Army, call 533-6861. Red Cross efforts in Arnold are in need according to spokeswoman Laura Cook. To donate, or volunteer, call 658-2000.