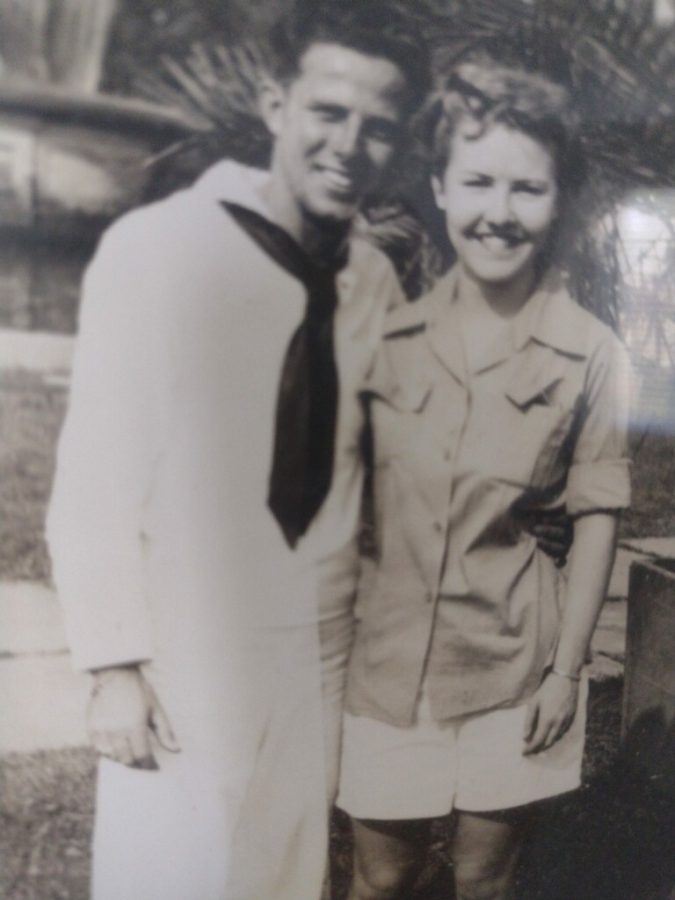 Hubert Reichert of South County turned 100 Aug. 18, and in that time he served in the Navy during World War II and experienced some of the most notable moments in St. Louis history.

According to Ed Reichert, Hubert’s son, Hubert was a crew member who started his Navy career at Lambert Field in St. Louis. After that, he was assigned to a landing ship tank carrier, where he would help disperse tanks after landing on beaches. After the war ended, he was involved in sending Japanese prisoners of war back to Japan.

“For some reason they (the U.S. Navy) had all their weapons and military equipment too and the ship’s captain said ‘Go ahead and take whatever you want,’” Ed said. “So he went and got two Japanese rifles with bayonets and … just wrapped them in a rope and put a tag on it with his home address. Sure enough it got there, but we don’t have those anymore. My mother didn’t want guns around.”

After the Navy, Hubert worked as a printer until he retired at 62.

Ed said Hubert was a Cardinals fan his whole life and was part of what was called “the knothole gang” — the children who would peek through the knotholes at Sportsman’s Park to watch the team play.

In January 1936, St. Louis was hit by a mind-numbing wave of cold. As a result, the surface of the Mississippi River was completely frozen. Against the wishes of the Army Corps of Engineers, people walked across the river, including Hubert, who Ed said still recalls the memory.

Hubert was one of 11 children, three of which are still alive. He has three sons (Steve, Tom and Ed), seven grandchildren and four great-grandchildren. His wife Agnes is 95 and they are still happily married.

“They lived next door to the oldest living couple in St. Louis County two years ago,” Ed said. “There’s something in the water in that area.”