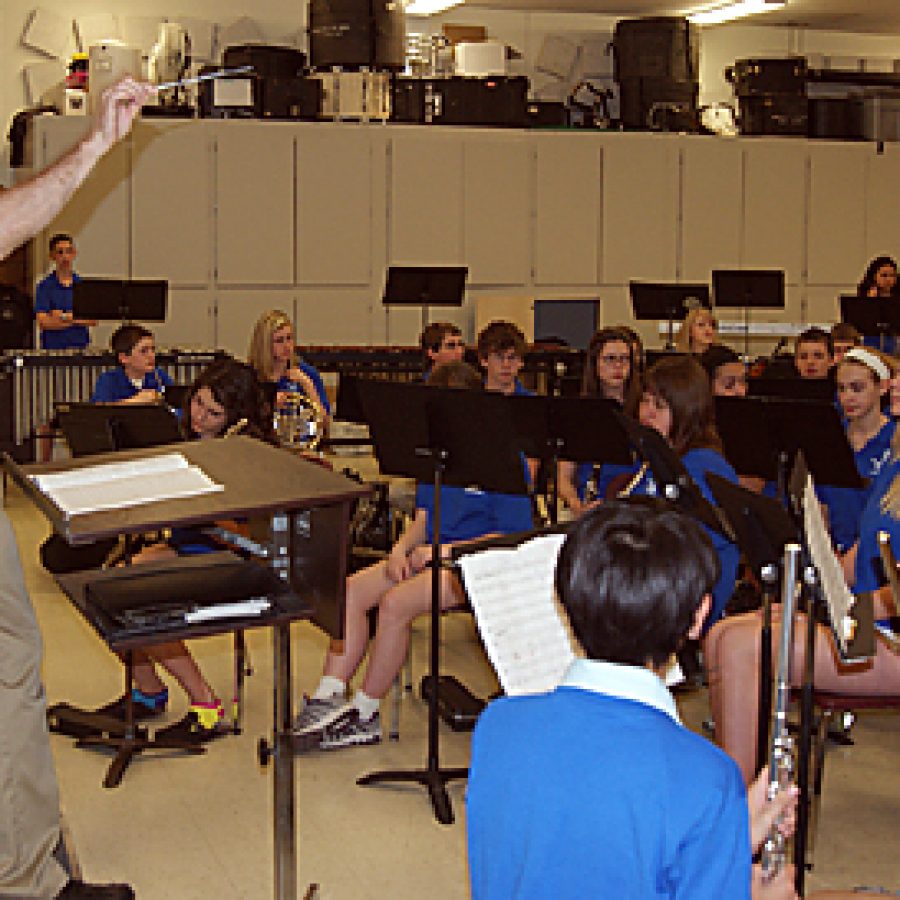 The symphonic band students at Mehlville Senior High, Margaret Buerkle Middle and Washington Middle schools participated in a once-in-a-lifetime experience Monday when they had the opportunity to rehearse with a man whose talents have been compared to those of Mozart.

World-renowned composer Frank Ticheli paid a three-day visit to the Mehlville School District and the University of Missouri  St. Louis to rehearse with the middle school, high school and college students before leading a free concert featuring his compositions and the musical talents of the MHS and UMSL band students on Tuesday, April 19.

“Dr. Ticheli is probably the biggest in the business of band and composition right now,” MHS Band Director Tony Brown stated in a news release. “When we were looking at the different musical experiences we could provide our students, we decided to shoot for the biggest name we could think of, and that was Dr. Ticheli. The closest comparison I can give is it’s like giving the kids of Mozart’s time the opportunity to rehearse with Mozart. Dr. Ticheli will have that much of a lasting impact.”

The trip has been in the planning stages for the past two years, with the band parents at MHS, MBMS and WMS fundraising to cover the cost of Ticheli’s visit.

Students spent several weeks practicing Ticheli’s musical pieces, which prepared them for an even greater learning experience when rehearsing and performing with Ticheli this week, the release stated.