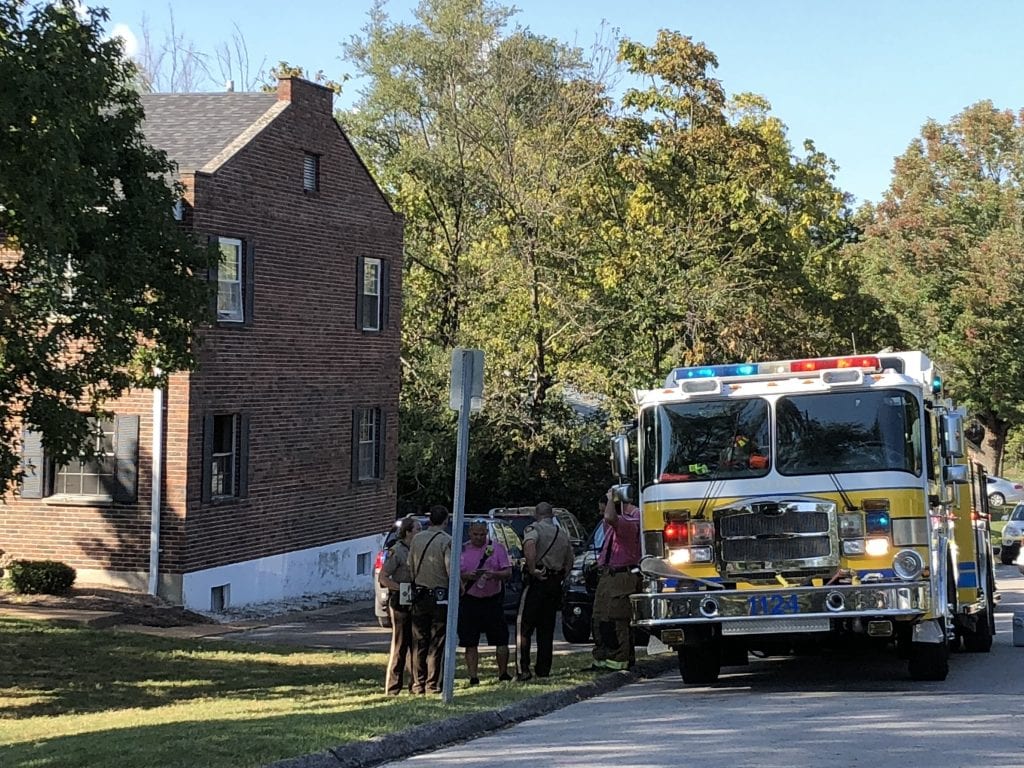 St. Louis County police and first responders gather outside an apartment complex off Kidder Road in Affton on Tuesday. A woman was found shot after an apartment at the complex was set ablaze. Photo by Erin Achenbach.

The woman found shot to death in a Tuesday apartment fire in Affton killed herself, police said.

Police identified her as Crystal Chrisp, 46, of the 8900 block of Kidder Avenue.

The cause of the fire remains under investigation by the St. Louis Regional Bomb and Arson Unit.

Stay tuned to this article for updates.

Below is the Call’s breaking-news article from Tuesday:

The St. Louis County Police Department is investigating what it is calling the “suspicious death” of a woman found in a fire at an apartment in Affton.

Police officers responding about 1:19 p.m. Tuesday to a fire in the 8900 block of Kidder Avenue found a woman with a gunshot wound inside the apartment that was on fire.

The woman had an apparent gunshot wound.

She has not yet been publicly identified by police, but they estimate she was approximately 50 years old.

The fire was put out by firefighters from the Affton Fire Protection District and the Clayton Fire Department.

The other units of the apartment building were successfully evacuated with no injuries.

Police are asking anyone with information to call the St. Louis County Police Department at 314-638-8636.