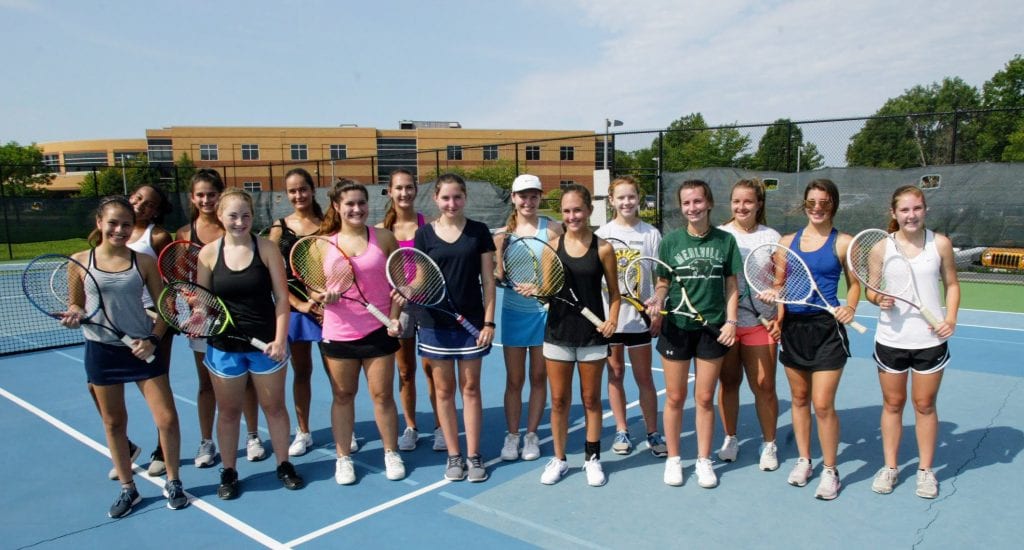 With one of the top players in the state and some fierce competitors battling it out for other spots, Mehlville High head coach Jill Wojewuczki is optimistic. Photo by Bill Milligan.

With one of the top players in the state and some fierce competitors battling it out for other spots, Mehlville High head coach Jill Wojewuczki is optimistic. Photo by Bill Milligan.

Despite some bouts of lousy weather, the Mehlville Senior High varsity girls’ tennis team is ready to take on the 2018 season.

“It’s been tricky with all the rain that we’ve had,” Mehlville head coach Jill Wojewuczki said. “We’ve had three or four indoors days, but I think we’re doing pretty well because we have some players returning from last year’s top six that are going to contribute for us.”

Senior Alyson Piskulic proved to be one of the best players in the state last year as she took runner-up honors in the Class 2 singles championship game against Park Hill South’s Eva Kresovic. The Panthers head coach believes that Piskulic can pretty much match up with anyone in the state again this season.

“As it was the previous three years, she’s going to have a tremendous impact on our team this year,” Wojewuczki said. “We have a legitimate No. 1 which can pretty much challenge anyone, and that’s actually very helpful for the remainder of our varsity spots.”

Wojewuczki is also hoping that Piskulic’s leadership abilities will help propel the Panthers to another district championship this season.

“She’s a fabulous leader with a fabulous attitude,” Wojewuczki said. “So all of that trickling down to the rest of the team is always helpful.”

Taking on the No. 2 singles role this season is junior Kanita Omerovic.

“It will be interesting to see how well she plays because she was our No. 4 last year,” Wojewuczki said. “The one nice thing about Kanita is that she doesn’t let situations affect how she plays. She’s a solid-temperament person, so I think that sometimes her sheer temperament can wear down players because she doesn’t show a whole lot of emotion on the court.”

At No. 3 singles is junior Madison Riek, who is moving up from No. 6.

“Madison is very similar to Kanita in temperament and again a consistent player and very positive,” Wojewuczki said.

Editor’s note: This article was updated with the correct photo.