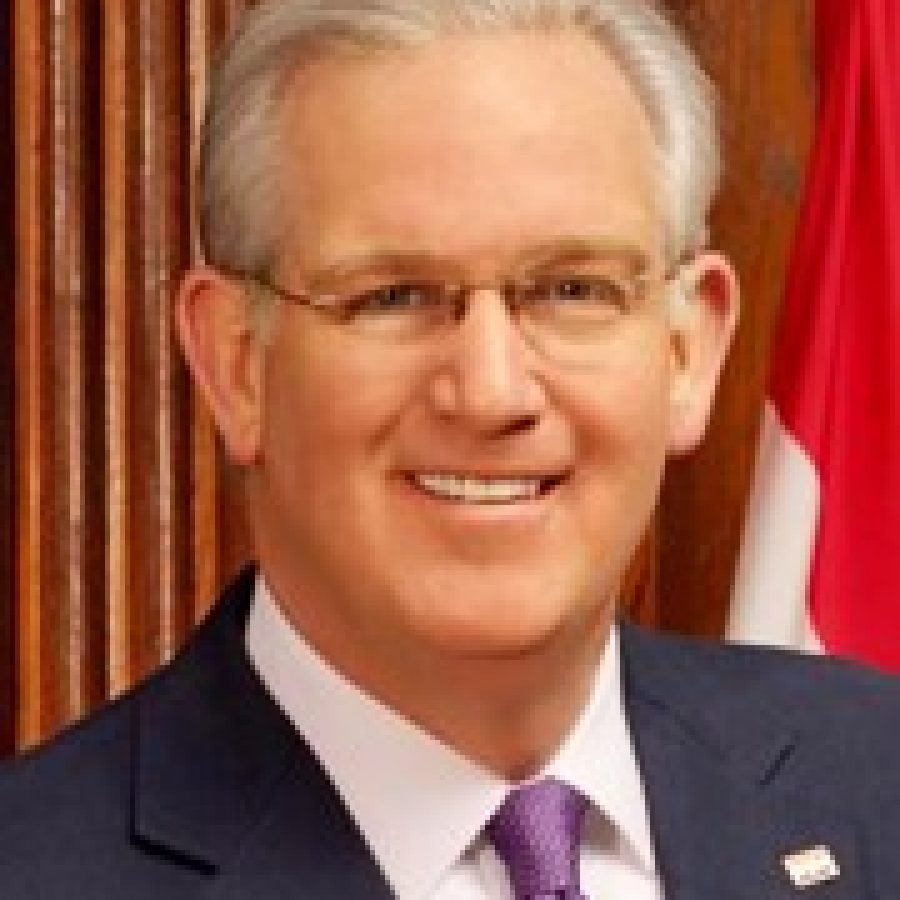 JEFFERSON CITY — Gov. Jay Nixon today — Sunday — declared a state of emergency in Missouri as heavy rain, flooding and flash flooding continue to impact much of the state.

Heavy rains have led to widespread flooding and at least eight fatalities have been reported. More heavy rain and additional flooding is expected through Monday, and river levels are forecast to continue to rise over the next several days.

Since the latest round of severe weather began, the Missouri State Highway Patrol has conducted dozens of water rescues, and assisted in the evacuation of residents from flooded areas. Multiple roadways have been closed due to floods, and the governor urged Missourians in flood-affected areas to avoid travel if possible.

“Widespread flooding and continued rainfall are causing very dangerous conditions across much of central and southern Missouri,” Nixon stated in a news release. “Multiple fatalities due to flash flooding have already been reported, and I urge Missourians in flood-affected areas to stay alert, avoid travel if possible and never drive into a flooded roadway. With more heavy rain expected tonight and tomorrow, state emergency management personnel will be working around the clock to keep Missourians safe.”

The governor also urged residents to use caution in northern Missouri, where snow and freezing rain are expected as temperatures drop and wind gusts increase.

The State Emergency Operations Center has been actively monitoring the storm system, and Nixon has been receiving updates from his emergency management team to assess the current weather situation and address local needs. The team includes senior officials from the Missouri Department of Public Safety, Missouri National Guard, Missouri State Highway Patrol and the State Emergency Management Agency.

The governor urged residents of flood-affected areas of Missouri to pay close attention to weather warnings and follow the safety instructions of local officials as the potential for additional dangerous flooding continues. Missourians, especially motorists, are encouraged to remember these important safety tips on flooding and high water:

 Do not walk through moving water. Six inches of moving water can make you fall. If you have to walk in water, walk where the water is not moving. Use a stick to check the firmness of the ground in front of you.

 Do not drive into flooded areas. If floodwaters rise around your car, abandon the car and move to higher ground if you can do so safely. You and the vehicle can be quickly swept away. Six inches of water will reach the bottom of most passenger cars, causing loss of control and possible stalling.

 A foot of water will float many vehicles. Two feet of rushing water can carry away most vehicles, including sport utility vehicles and pickups. Even if the water appears shallow enough to cross, don’t try it. Water hides dips in the road. Worse yet, there may be no road at all under the water. Flooding can scour away the entire road surface and a significant amount of ground beneath.

For more information on road closures, visit the Missouri Department of Transportation’s traveler information map at