Water tower in Sunset Hills rejected, then reversed as city questions its zoning power against utilities 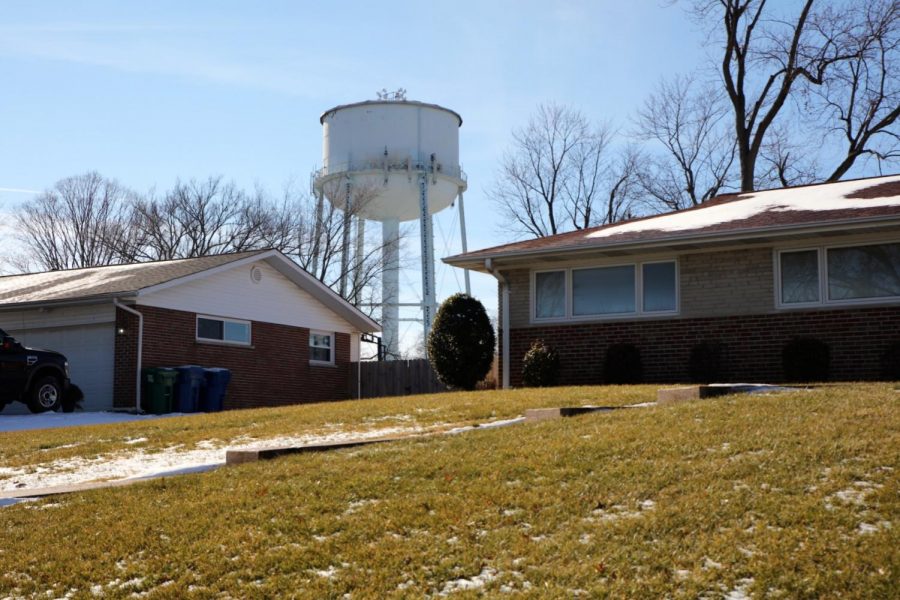 Missouri American Water will construct a new, larger water tower on Sappington Barracks Road in Sunset Hills after Mayor Pat Fribis broke a tie for a conditional-use permit over fears of a lawsuit, despite the objections of neighbors.

The new larger tower will help provide water for South County south of Interstate 44 to the River des Peres and northwest of Interstate 55.

Fribis broke the tie for the tower after the Board of Aldermen deadlocked 4-4 in a special meeting Jan. 26. Ward 1 Aldermen Ann McMunn and Joe Stewart, Ward 3 Alderman Cathy Friedmann and Ward 2 Alderman Casey Wong voted against the CUP, while Ward 2 Alderman Steve Bersche, Ward 3 Alderman Nathan Lipe and Ward 4 Aldermen Thompson Price and Mark Colombo voted for it. Fribis called for the meeting after aldermen rejected the CUP in a 4-3 vote earlier this month.

Missouri American Water wants to build a larger elevated, above-ground water tower at 11832 Sappington Barracks Road, north of the property already occupied by an older Missouri American tower that was constructed in 1965, when water was still overseen by St. Louis County.

City Attorney Robert E. Jones argued that because Missouri American Water is a public entity, the city is limited in its ability to reject development petitions based on zoning, as long as the developments would not be dangerous to the residents or the city.

Fribis said her attorney, her husband Phil Denton, researched the issue and came to the same conclusion.

“We are listening (to residents), but the city’s hands are tied in this and we just don’t have any jurisdiction over this,” Fribis said.

Jones pointed to a case last year when St. Charles County denied a variance for the utility’s water tower. A judge ruled that the county could not impose its zoning standards on a public utility company.

The contention around the water tower comes on the heels of a December veto by the mayor against leasing part of Stephen J. Bander Park for a rugby complex.

Residents claimed at that time that the city was not doing its due diligence in reviewing development petitions — a similar assertion made in some of the public comments during the meeting last week.

McMunn said Jan. 12 of the neighbors, “It’s going to be looming over their homes. Those … households will not see the light of day after noon.”

Angie Weigel, whose house on Crestwick Drive backs up to the new water tower property, asked Jan. 12 to delay the vote until she could get more information.

“I have a pool and that is really concerning when I spend $80,000 on a pool and I don’t have sun in my backyard,” Weigel said.

Not all public comments were against the tower. Resident Patricia Renick, who lives near the tower, said that she would be happy to see the old tower go.

“My water pressure is horrible in my house and I have contacted Missouri American Water and they have basically washed their hands of the situation. Mine was so low I couldn’t even run a sprinkler. As explained … it’s hit or miss in the area,” said Renick. “Has anyone also said what the plan will be for their residents if the (existing) tower fails?”