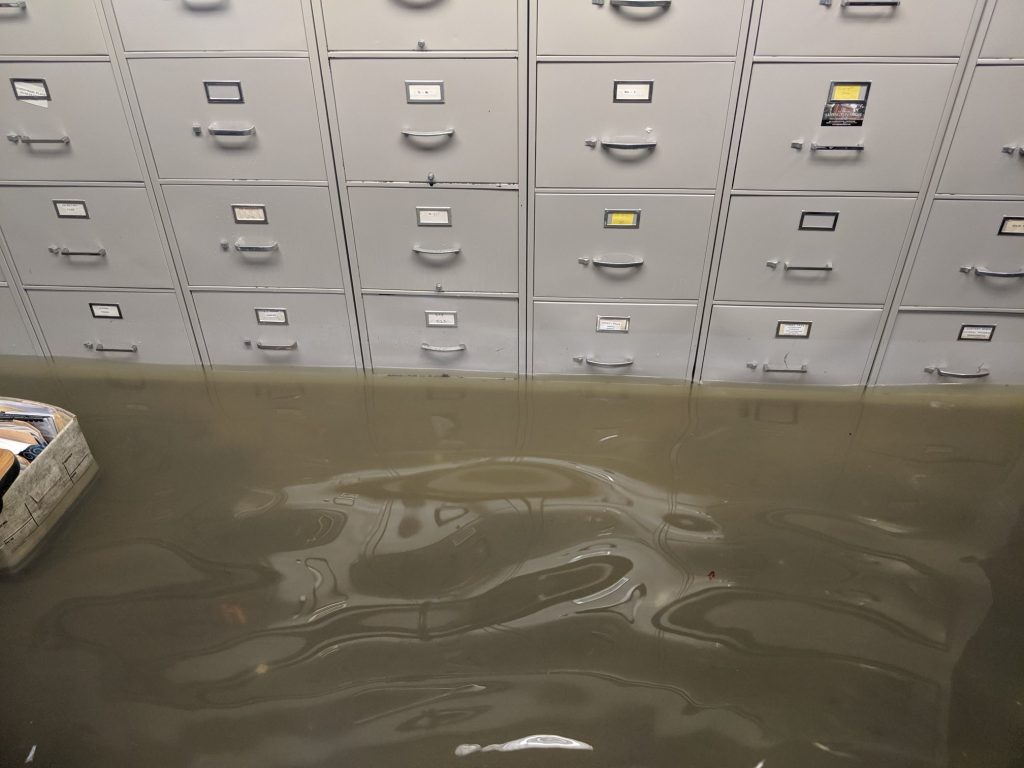 The main served one of the water storage tanks behind City Hall.

The basement of City Hall had over a foot of standing water. The basement contains the offices for the Fire Department, Public Works administration and some Police Department operations, according to a Facebook post by Crestwood Mayor Grant Mabie outlining the damage.

Water also made its way into the main floor of the building, affecting the lobby, parts of the Board of Aldermen Chambers, the HR Department and the Municipal Court.

“Missouri American Water has assumed responsibility for the clean-up and damage, and restoration company,” said Mabie in his Facebook post Saturday evening. “Document recovery companies are on site working to remediate the damage and salvage as best as possible any water-damaged records.”

As of Monday, all the water had been cleared from the building, said City Administrator Kris Simpson in an email to The Call. Cleanup is expected to continue for a few days, and reconstruction will take several weeks.

Some workers have been displaced from their offices and will have to work out of temporary spaces, Simpson said.

A M.A.D.D. meeting scheduled for Monday had to be rescheduled, but Simpson does not anticipate any other meetings to be affected.