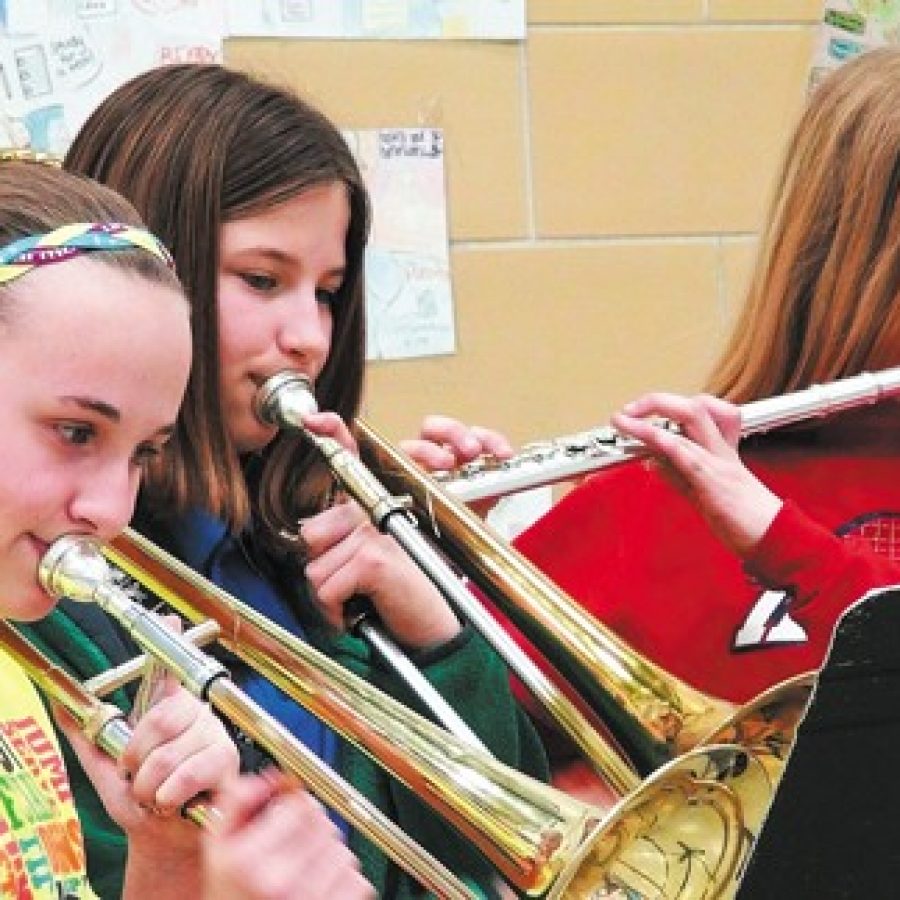 Students at Washington Middle School recently showcased a variety of talents during the school's 'Washington's Got Talent!' Performing at the talent show, from left, are: Marley Durham, Morgan Snyder and Rachel Ruggeri.

Students at Washington Middle School recently showcased a variety of talents during the school’s ‘Washington’s Got Talent!’ Performing at the talent show, from left, are: Marley Durham, Morgan Snyder and Rachel Ruggeri. 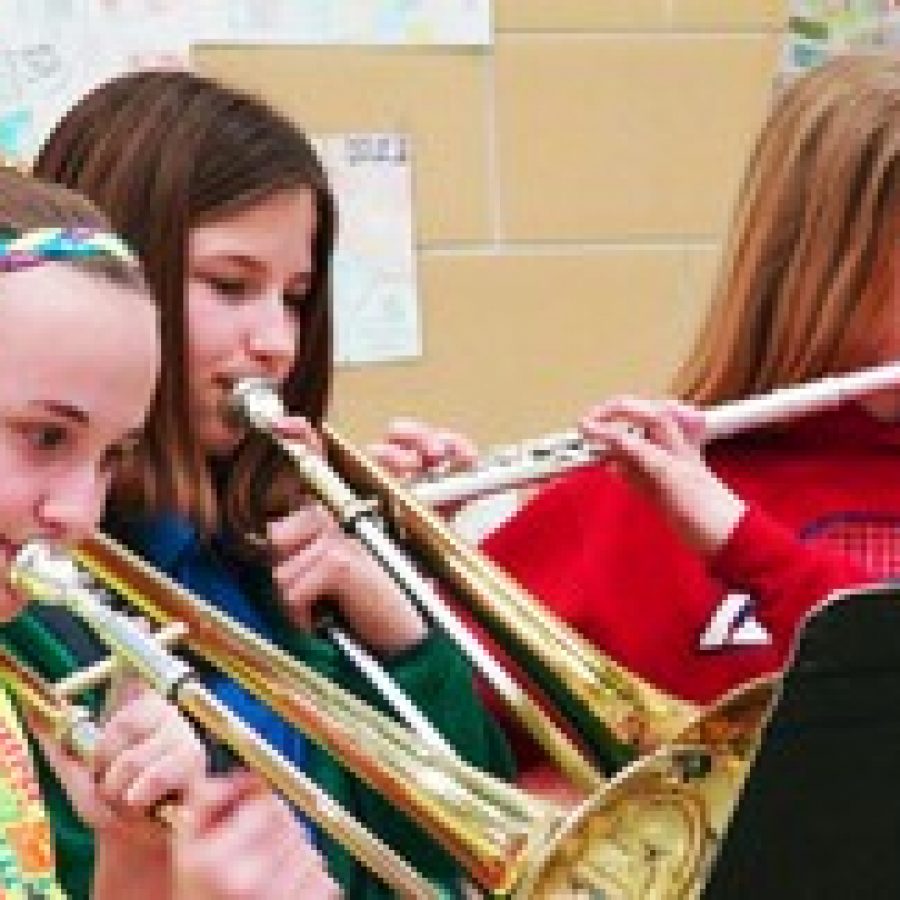 Music could be heard coming from the gymnasium at Washington Middle School last week during a talent show staffers called “Washington’s Got Talent!”

“Students here came up with the idea and asked a couple of teachers to sponsor them,” art teacher Marissa Wong stated in a news release. “We have two dance acts, several singers, guitars, drums, flutes, trumpets and trombones.”

Eighth-grader Devon Finley described himself as a guitarist whose musical tastes are influenced by his parents. He performed “Eruption” by Eddie Van Halen.

“It’s a song from a while ago,” Devon stated. “It’s complicated, but a lot of people know it.”

Tristan Noelke, another eighth-grader, joined Devon in the “Eruption” performance.

“You have to be extremely coordinated and have good dexterity to reach the proper notes,” Tristan noted.

“I started playing drums in the middle of sixth grade,” Jared said. “I thought the talent show would be fun to hang out with a couple of friends and do something I enjoy.”

Seventh-grader Hope Haller performed with a group that did back flips and handsprings.

“You’re going to see awesomeness,” she said. “We do gymnastics, cheer and dance all mixed together.”

“I have been practicing this for about six weeks,” said Jacob Hulsey, a seventh-grade piano player. “I am going to play ‘James Bond 007’ and the ‘Charlie Brown’ theme. I chose those because I thought it would impress people and I like ‘Charlie Brown.'”