Morrison looks ahead to mall project 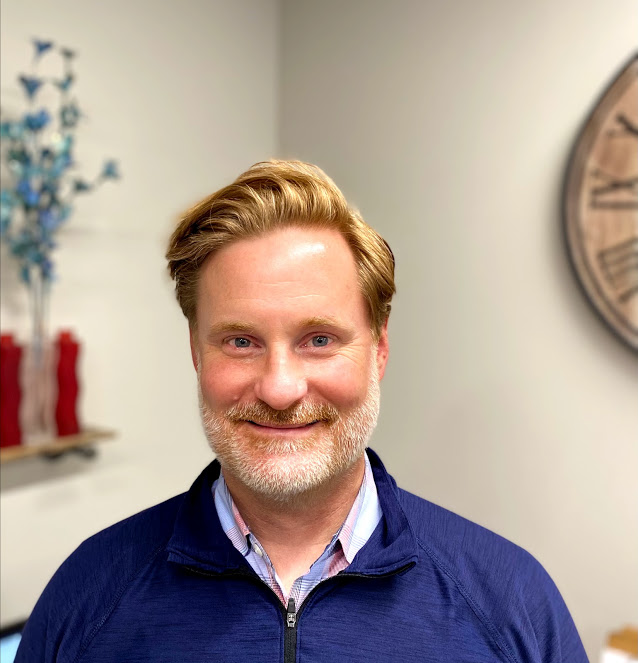 Crestwood will welcome new Ward 1 and Ward 4 aldermen after the election Tuesday, including longtime Public Works Board member Jesse Morrison, who ran unopposed for a three-year term representing Ward 1.

Morrison, a six-year member of the Crestwood Public Works Board, was set to win election to the Ward 1 seat in the municipal election Tuesday, after The Call went to press. Outgoing Ward 1 Alderman Mimi Duncan did not file for re-election.

“It’s just an extension of the volunteering side” of serving on the Public Works Board, Morrison said of his decision to seek elected office for the first time. “I’m genuinely curious about how things work on a local government level. Reading newspapers gives some insight … but I want to be a little more involved.”

Morrison, who works as a lighting distributor, moved to St. Louis about 20 years ago from New Jersey after graduating college with a degree in environmental biology. He’s called Crestwood home for the last 13 years and has two children who attend Crestwood Elementary.

“This is my city and I’m able to help influence where it goes. Sometimes it’s really just about moving the ball along,” said Morrison. “I would really like to walk away from this, whenever that happens … I would like to feel as though my ward and city as a whole has a much better connection to the (city) business at hand.”

One of Morrison’s goals for his time on the board is to better connect residents with already-existing city resources that they may have a difficult time finding or accessing.

“I feel like we really need more participation in the aldermanic meetings. … What I would like to do is help residents bookmark (the city) website, show them where to find who to contact with questions or complaints,” Morrison said. “I want people to feel comfortable approaching me to get to the right person or staff member.”

Other goals include enhancing the curb appeal of Crestwood to make it a more attractive place to buy and sell real estate, especially at a time when the market is hot.

Morrison’s years on the Public Works Board give him a “different approach” to the position since he has already worked with city staff and alderman for a number of years.

“It was really interesting being able to take issues … and talk to people and find out what it meant to them, what do certain issues mean for the average resident. … We did yearly annual reviews of the sewer lateral program, recommended budgetary items … countless hours into that,” said Morrison. “I’m excited for the next three years.”

Morrison’s time on the Board of Aldermen most likely will also include reviewing and approving the development plans from Dierbergs and McBride Homes for the former Crestwood Plaza mall, which is also in Ward 1. The Crestwood TIF Commission meets April 22.

“I can’t really speak officially regarding the mall, but I’m excited both of the developers are local. .. I think that’s wonderful, versus an out-of-state owner eyeballing it from a distance and running the numbers and making a decision based on that, rather than saying this is where we do our business and want to continue to do our business,” said Morrison. “I’m just grateful that the people who are investing their money into that are from this area. … I think that bodes really well for the success of the project.”

Morrison added that he does have his own “wish list” for the project, like being able to connect his neighborhood  — which backs to the former mall — to the new development with a trail, but that he’s “as anxious about the next person” about getting the development underway.

Most of Morrison’s “campaigning” came when he was collecting signatures from residents to file to run, since he was unopposed.

“I know I piggybacked on that … and just reminded people to vote if nothing else,” said Morrison. “Most (Ward 1 residents) have been teasing me about what they are going to inundate me with” when he takes office.

“I do feel like I have a little bit of a different approach to this,” Morrison said. “I’ve been around several of these people for a number of years so I’m eager to be part of that team … and add value to the aldermanic purpose.”