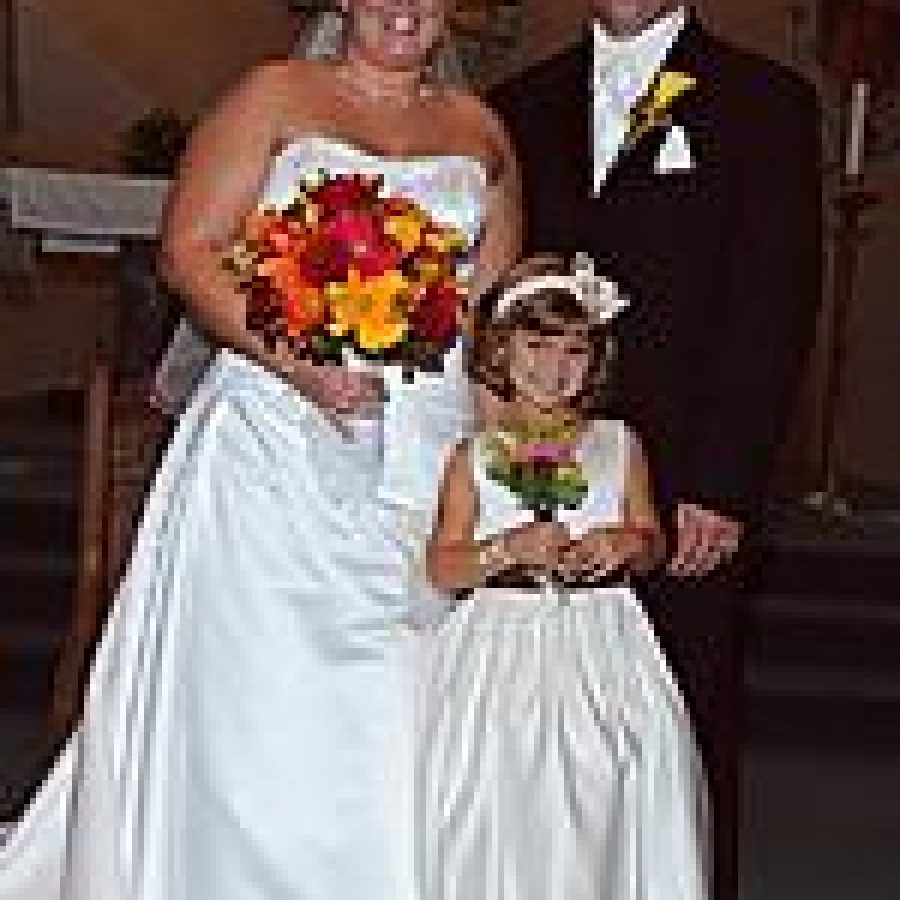 The bride is the daughter of Thomas and Susanne Vonderheid.

The groom is the son of Kenneth and Janet Schaffer.

Flower girls were Lilly Vonderheid, Emily and Lindsay Jackson, Madeline and Caitlyn Kennedy and Paige Daniele, daughter of the groom.

The ushers were Dan Jackson and Jonathan Kennedy.

After a honeymoon to Montego Bay, Jamaica, the couple reside in St. Louis.