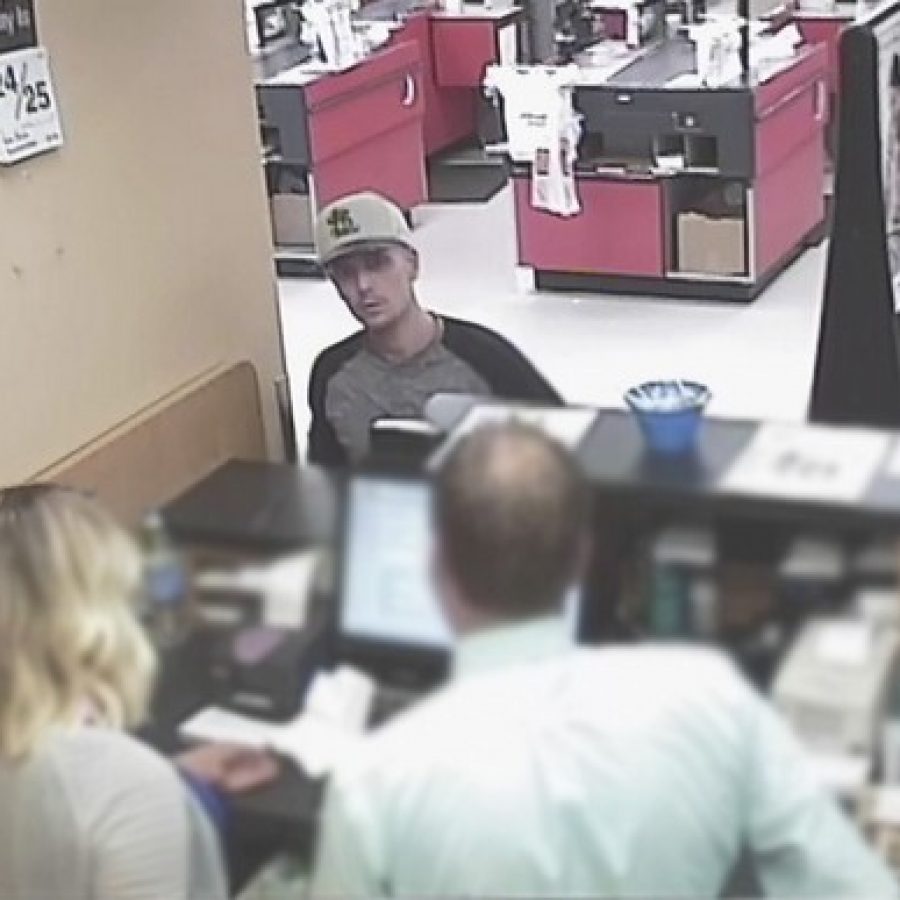 The St. Louis County Police Department is requesting assistance to identify this man, suspected of robbing the U.S. Bank inside Schnucks Saturday afternoon.

The St. Louis County Police Department is requesting assistance to identify a suspect in a bank robbery that occurred Saturday in Oakville.

Officers from the South County Precinct responded at about 3:15 p.m. Saturday to a report of a robbery at the U.S. Bank inside Schnucks at 5519 Oakville Shopping Center. A man gave a teller a note announcing a robbery and was given cash, according to police. He immediately fled the scene.

The suspect is described as a white male, about 5-feet-8-inches to 5-feet-11-inches tall, with a thin build. He was wearing a Cardinals baseball cap, a long-sleeved T-shirt and light-colored pants.

The robbery was captured on the bank’s surveillance cameras. 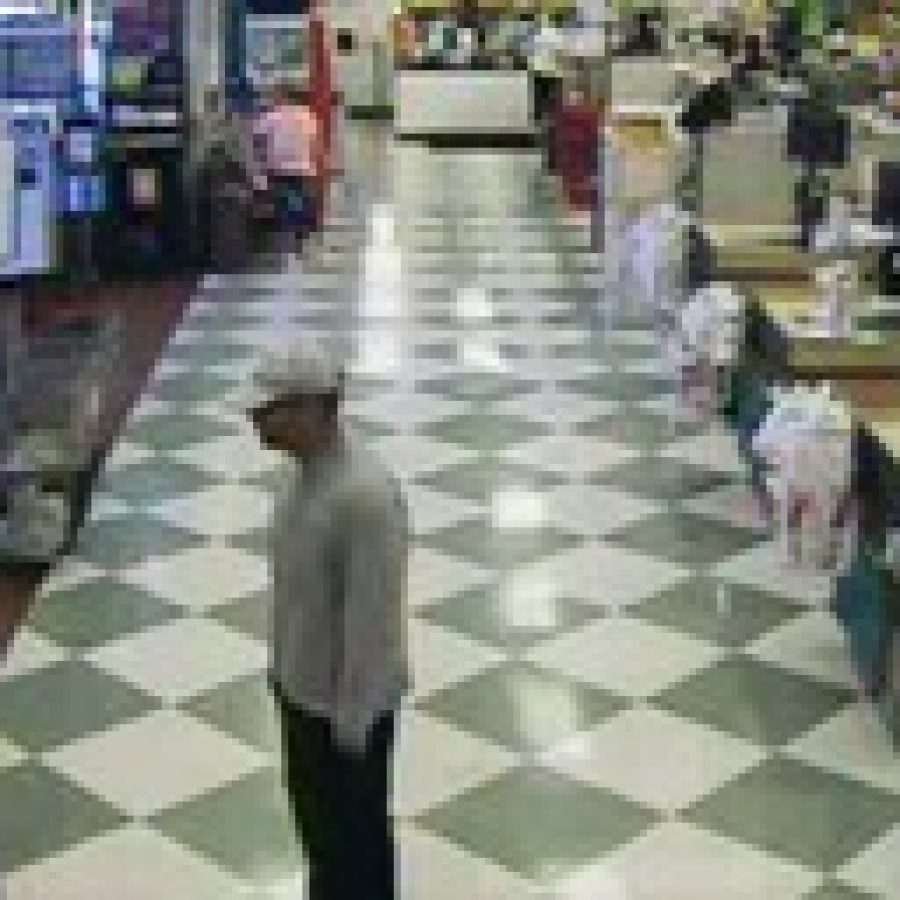 Police are seeking the public's assistance in identifying this suspect in the robbery of the U.S. Bank inside Oakville Shopping Center Schnucks store.

The robbery of the U.S. Bank inside the Oakville Shopping Center Schnucks store on Telegraph Road is being investigated by St. Louis County Police.

The robbery occurred about 3:20 this afternoon inside the Schnucks, 5519 Telegraph Road.

A white male wearing a white baseball cap and a gray, long-sleeve T-shirt handed the teller a note, announcing a robbery, according to a news release. He did not display a weapon.

The man left the store in an unknown direction with an undisclosed amount of money.

Police are seeking the public’s assistance in identifying the suspect. Anyone with information is asked to call the county Police Department at (314) 889-2341.