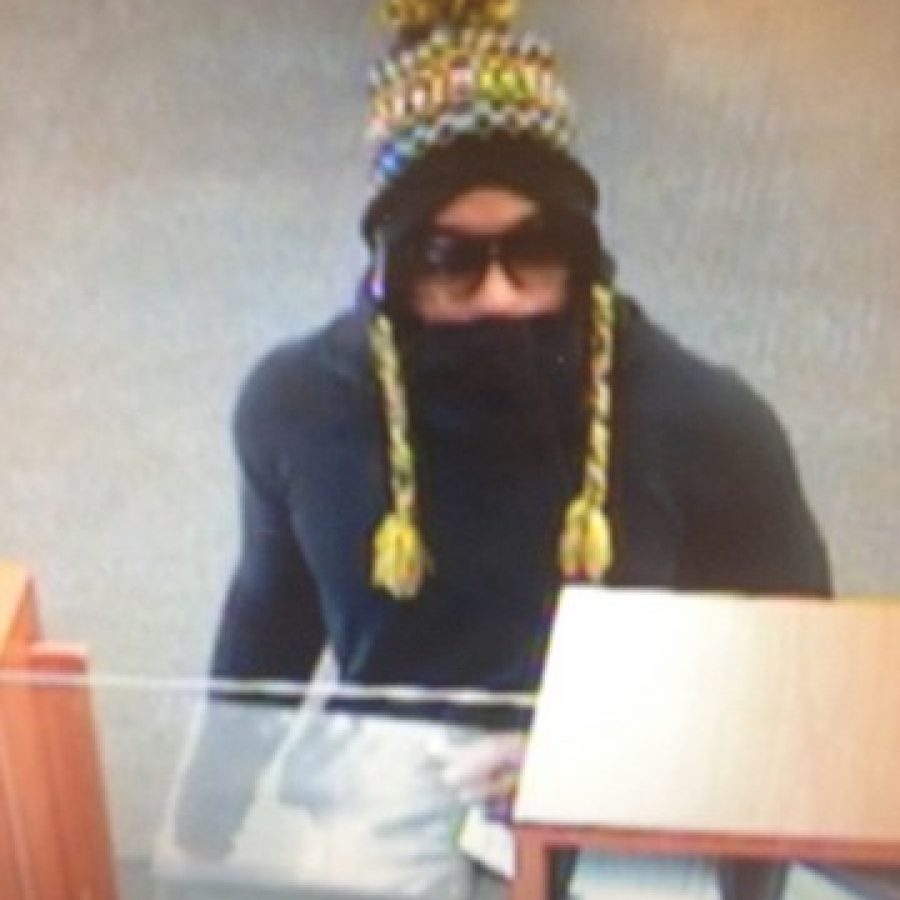 Police are seeking the public's help in identifying this suspect in today's robbery of the PNC Bank on Gravois Road in Affton.

Police say a light-skinned black man entered the PNC Bank at 8930 Gravois Road in Affton at 2:50 p.m. Thursday and handed the teller a note announcing a robbery. The man, wearing a dark sweatshirt, jeans, stocking cap and sunglasses, did not display a weapon and left the bank on foot after the teller handed over an undisclosed amount of cash.

Surveillance photos released by police show the man’s face covered by either his sweatshirt pulled up or a scarf.

PNC Bank is offering an independent reward for any information leading to an arrest and conviction of the bank robbery suspect, according to police.