Belmar says, 'Police officer fired one shot in fear of his life' 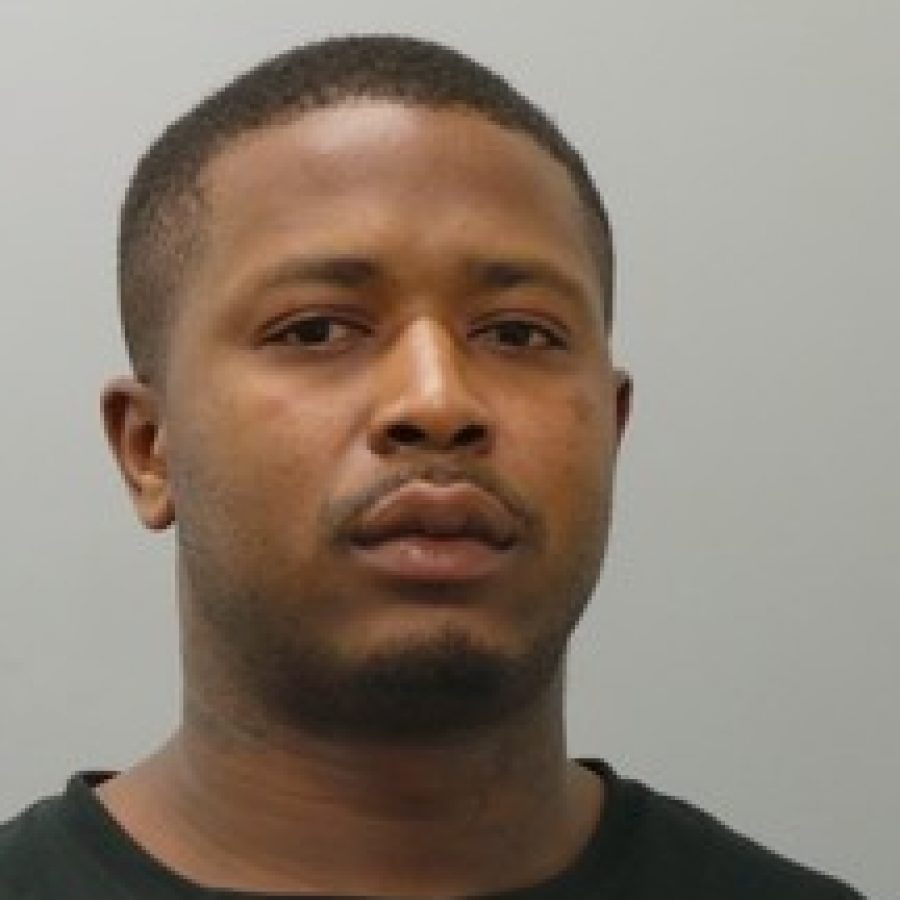 A St. Louis County police officer from the South County Precinct fired a shot Tuesday morning after he was trapped inside the SUV of a suspect fleeing after allegedly stealing $31,000 in jewelry from the south county Kmart.

The unnamed officer grazed the suspect’s knee with a bullet after the suspect sped off with the officer for a wild ride the length of a football field across the parking lot of the Kmart at 3901 Lemay Ferry Road, veering across a planter barrier in an attempt to escape onto Lemay Ferry with the passenger door hanging open — and the officer on his knees on the passenger seat, trying unsuccessfully to Tase the driver.

“The officer fired one shot in fear of his life,” St. Louis County Police Chief Jon Belmar said during a press conference about the shooting Tuesday afternoon. “He was unsecured in the vehicle, the individual was not listening to any commands, he was resisting arrest. The officer certainly feared for his safety and felt like he had a very strong potential to be seriously hurt.”

Duianete Moore, 33, of the 200 block of Olympia, 63135, was charged Wednesday with one count of stealing over $25,000, one count of resisting arrest by fleeing and one count of second-degree assault on law enforcement. He is currently being held on a $25,000 cash-only bond. Belmar said Tuesday that Moore was on probation, but he would not specify what he was serving probation for.

Although the Police Department will consult with Prosecuting Attorney Robert McCulloch’s office, considering the chaotic circumstances that preceded the shooting, Belmar said he believes it is justified.

“I felt as though — were I to be put in that position — that it would have been reasonable, and I’ll leave it at that,” Belmar said.

Neither Moore nor the police officer was seriously injured in the attempted escape or the shooting. The suspect was knocked around in his SUV when he drove over the planter, and the officer was “banged up a little bit, in the shoulder, back, hips” from the events, Belmar said. Moore was admitted to the hospital with minor injuries and was released Tuesday afternoon.

Retail theft is common anywhere there are major shopping centers, Belmar noted, including at the Kmart on Lemay Ferry Road.

“We do know that there is a remarkable amount of retail thefts in the entire metropolitan area, and certainly down at that Kmart,” he said.

The latest incident at the Kmart kicked off when security guards notified the South County Precinct at 8:49 a.m. Tuesday that Moore, a man they knew from an incident at the same store the previous day and other thefts at area Kmarts was back, and “they felt like he was casing the jewelry area,” Belmar said.

The man waited until jewelry associates left the counter and then used a screwdriver to open it, reach over and steal items, and returned three or four times to steal more — a theft adding up to what Kmart security guards estimated was roughly $31,000 in jewelry, the chief said.

When the man came out of the doors at Kmart with his pockets full of the jewelry, he was confronted by two waiting police cars and two police officers, in uniform.

After he ran through the parking lot to his gray Dodge Aspen SUV, one officer tried to open the driver’s side door, which was locked, and two other officers went to the passenger door, which was unlocked.

The two officers on the passenger side opened the door and tried to Tase the man, to little effect. Although the suspect later commented that he felt like he had been Tased at one point, Belmar said the officers noted that their Tasers felt like they weren’t working the way they usually do.

“It didn’t work as well as they do routinely,” Belmar said. “Usually, they’re pretty effective.”

The man drove off with the passenger door open and with one of the officers still on his knees on the front passenger seat trying to use his Taser in “drive-stun” mode, directly on the suspect’s skin.

When the suspect took off with the officer in tow, the officer tried to grab the man’s hands from the steering wheel, turn the ignition off or switch the gear selector out of drive, but the man continued to head toward Lemay Ferry Road.

The conversation between the officer and the suspect after the officer fired the shot and the SUV came to a stop went differently than most such exchanges, Belmar said.

“I think it’s fairly interesting that immediately after this was over the officer asked the suspect if he was OK, and he said that generally he was OK, and then he asked if the officer was OK,” the chief noted. “That was unusual.”

Talking to detectives later in the hospital, the suspect was also remorseful about the theft itself, Belmar said.

“He basically told our detectives, ‘Hey listen, I needed the money,'” Belmar said. “To be frank with you, I think he’s remorseful. I think he realizes this didn’t work out, that this was probably foolish and wrong.”

Kmart has surveillance videos of the theft inside, but no videos of the escape and shooting in the parking lot, Sgt. Brian Schellman said. Although some patrol officers in north county have been supplied with body cameras donated to the county by camera companies, the South County Precinct is not yet equipped with the cameras.

Kmart’s jewelry counter was back in operation soon after the theft, but for most of the day Tuesday one-quarter of the parking lot outside was crossed off by police tape as police officers and detectives remained on the scene collecting evidence from the gray SUV, doors still hanging open.