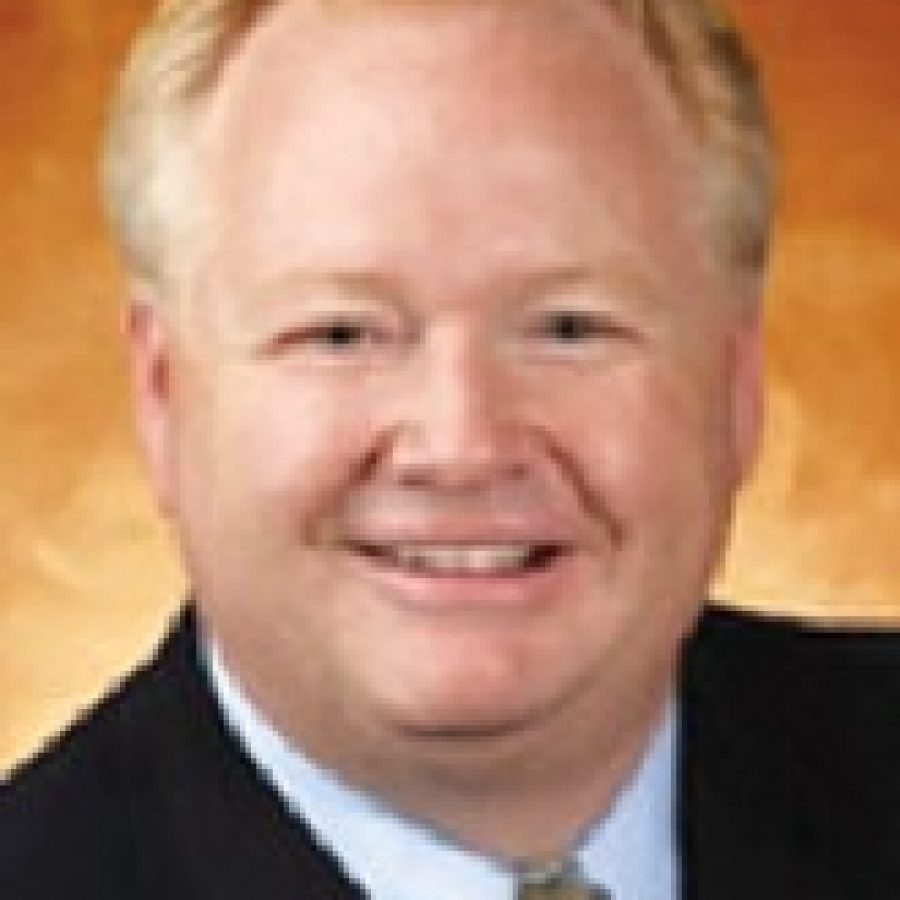 Four candidates, including a former alderman, are seeking election to Crestwood’s Ward 4 aldermanic seat on April 5.

Minor, who did not file for election, was appointed to the seat last year to replace former Ward 4 Alderman Mike Tsichlis, who is now running for a seat on the Lindbergh Board of Education.

The seat carries a three-year term.

This article will feature Nieder and Pascoe. Ayouaz and Kennedy were profiled last week.

 “The most important issue is how to plan for and fund top-notch municipal services using a revenue stream that continues to suffer due to the delayed development of Crestwood Plaza and additional business closures. We need to accept the fact it is not likely that economic conditions will allow the mall to be fully redeveloped and adjust our financial planning accordingly,” Nieder said.

 “Economic development in Crestwood. I believe it is a vital part of the community and is key to the longevity and success of Crestwood,” Pascoe said.

Nieder, 60, 9131 Cherry Brooke Lane, is a department lead industrial automation and control engineer. He and his wife, Jeanette, have a grown son. Nieder served as a Ward 4 alderman from 2006 to 2009.

He is seeking election “because I believe my knowledge and experience as an alderman for Ward 4 from 2006 to 2009 during a fiscal crisis that nearly bankrupted Crestwood will contribute to getting the spending under control, end budget deficits and restore budgeting and financial accounting practices that provided balanced budgets, and left the city debt free.”

Pascoe, 34, 4000 Laurel Crest Drive, is a senior human resources generalist at Kerry. He and his wife, Gen, have a young daughter.

Pascoe, who has not held elective office, said he is seeking election because “I am a vested resident of Crestwood and I want to make a change to ensure the longevity of Crestwood.”

Nieder and Pascoe gave the following responses to a Call questionnaire:

Nieder said, “I believe Mayor Roby wants what is best for the city of Crestwood and its residents. There is always room for improvement, and I am prepared to participate in productive discussions about different approaches to meeting shared goals.”

Pascoe said, “Yes. Per the recent developments, I see positive economic development in the future.”

Nieder said, “I will not advocate an increase in your property taxes. I would only support a request for additional revenue if it is specific, measurable, attainable, realistic, timely and contains a sunset provision.”

Pascoe said, “I would welcome any other options before posing a tax rate to the citizens of Crestwood. However, if all efforts are exhausted, then yes, I would see a need to place a tax-rate increase before voters.”

Nieder said, “I support the redevelopment of Crestwood Plaza. I am not aware of any proposal UrbanStreet has committed to build. Thus far, only artists’ renderings demonstrating potential possibilities have been presented.”

Pascoe said, “Yes, I have viewed the plans and I support their use of a mixed-space development. I am excited to see the development grow and provide revenue to the city.”

Nieder said, “Considering the financial challenges facing the city, I believe the more important question is whether the city is paying a competitive price for its legal services. I believe this question should be addressed by the incoming board.”

Nieder said, “Ismaine Ayouaz is not qualified to be on the ballot for election.”

Nieder said, “I campaigned against the 2008 Prop 1 property-tax increase proposal, while others vigorously campaigned in favor of increasing Crestwood residents’ taxes. The proposal was not specific, measurable, attainable, realistic, timely or contain a sunset provision.”

Pascoe said, “I would have voted ‘yes’ to help bridge the gap. That might have put us in a better position.”

Pascoe said, “No, I would not support eminent domain.”

Nieder said, “Considering the financial challenges facing the city, I believe the more important question here is whether the city is paying a competitive price for its legal services. I believe this question should be addressed by the incoming board.”

Nieder said, “I support taping the closed sessions of the Board of Aldermen so that an accurate record of what was said, done and how the aldermen voted is available for future reference. I also believe the city should strictly follow the instructions outlining what is legally allowed during the closed sessions, not what is politically convenient.”

Pascoe said, “Yes, I believe recordings are warranted for closed session meetings, as they can provide valuable information that can/could be retrieved at a later date.”

Nieder said, “In principle, I oppose tax tools for development. But these tools have become so entrenched in the political and commercial sectors we are forced to manage them. Part of the problem with using them is that cities have little to no financial control over the developments. The results are developed/bankrupted properties with low occupancy rates that are not sustainable. This increases the burdens on property owners and school districts.

“I would support the tax tools’ use if the developers agree to the conditions the city requires for managing the development to accomplish specific monetary and functional goals and create a benefit for the citizens, existing businesses and the school district.”

Pascoe said, “I support tax-increment financing for the redevelopment, infrastructure and other community projects. I also support Chapter 353 for tax abatements that would encourage redevelopment.”

Nieder said, “The continued escalating cost to the city is one of several financial pressure points that require attention. I would favor forming a committee of aldermen working with the city administrator tasked with creating suggestions on how we could be more proactive with controlling the financial impact of the cost of Affton Fire District.”

Pascoe said, “The city of Crestwood needs to make an investment in their own Fire Department to lessen the need to use the Affton Fire Department (more trucks, expansion of current facilities).”

Nieder said, “Although Mr. Simpson has occupied the position of city administrator for a short time, his management style, decisions and actions appear to be in agreement with what the Charter directs.”

Nieder said, “I recognize that 2014 and 2015 were very busy for Mr. Sime as he accepted the position of city administrator, a position new to Mr. Sime. Close observation of the results from the 2016 budget and the massive employee turnover provided an insight to the inability of Mr. Sime to build an effective staff and create a strong city financial position.”

Pascoe said, “Yes, I believe that the city of Crestwood has adhered to the provisions of the Sunshine Law.”

Nieder said, “The city should continue to create methods and procedures that reduce costs, produce revenue and increase efficiency.”

Pascoe said, “I believe that we need to look at spending and prioritize the immediate needs of the community.”

Nieder said, “In 2014, Mr. Sime began restructuring the organization of the city. A significant number of employees either retired, were dismissed and/or the position was eliminated. It is early in the first year under the direction of the new city administrator, Kris Simpson, whom I am confident will make the necessary corrections over time.”

Pascoe said, “I believe the city is doing the best they can to attract and retain competent and qualified employees.”

Nieder said, “Every citizen deserves quality police services. Many municipalities contract with St. Louis County Police for a variety of services in the form of a full-service patrol contract, a school resource contract, a communications contract or a computer-assisted report entry contract. Any change to the existing service should be presented to the citizens of Crestwood for approval.”

Pascoe said, “No, I believe the Crestwood Police Department does a phenomenal job patrolling our streets on a frequent basis. I feel that the Police Department and safety of our citizens is highly valued in Crestwood and is a draw for new residents to our community.”

Nieder said, “I would support the tax tools’ use if the developers agree to the conditions the city requires for managing the development to accomplish specific monetary and functional goals and create a benefit for the citizens, existing businesses and the school district.”

Pascoe said, “I support the use of TIF. I believe it can be a great tool to help redevelop Crestwood Plaza.”

Nieder said, “The comprehensive plan, a primary tool used to identify redevelopment areas, is presently under development by Houseal Lavigne with expected release in mid-2016, and may provide the guidance to answer this question. The exclusion of the Crestwood Plaza area from the new comprehensive plan is troubling.”

Pascoe said, “Yes, the relationship with Lindbergh Schools is important, and it’s a great selling tool for new residents and existing residents.”

Pascoe said, “I believe we have a role in aiding the development and success of Lindbergh Schools.”

Nieder said, “No. Ten years ago, Crestwood officials plunged the city into financial commitments it could not support to build a new Government Center. The existing Government Center has continued to serve as required with minor improvements.”

Pascoe said, “I believe that they can and should update the existing structure.”

Nieder said, “I generally believe the Board of Aldermen should conduct business in open session when possible. I also believe the city should strictly follow the instructions outlining what is legally allowed during the closed sessions, not what is politically convenient.”

Pascoe said, “Yes, I believe that business should be conducted in open sessions as much as possible, but I understand that sensitive matters need to be discussed and handled behind closed sessions.”

Nieder said, “We achieved the hottest ZIP code status because we offer access to one of the highest-ranked school districts, excellent housing stock, immediate access to anywhere in the county or city in 15 minutes or less and excellent municipal services. All of these appealing attributes are accomplished with a competitive tax rate in the absence of a major revenue-producing entity. I would not want to change the successful formula now employed.”

Pascoe said, “I believe the safety, schools, parks and taxes attract residents. I would ensure that all of these factors are funded and handled properly.”

Pascoe said, “Yes, I believe that Crestwood should handle their matters internally within their city codes and laws before seeking outside help from the county.”

Pascoe said, “Yes, I believe that when Crestwood has good publicity, I think it’s great for the city and community. It’s great to see our positive steps highlighted in the media.”

Nieder said, ” I want to see Crestwood remain as the best city to raise a family while providing top-notch municipal services at the lowest cost in the county.”

Pascoe said, “My vision for the city is consistent economic development that provides resources for the city for years to come.”

Nieder said, “I am aware of many plans for a city-county merger, but none seemed to have inspired support from a majority of the municipalities or the citizens — myself included.”

Pascoe said, “Oppose. I feel there is a real value to living in the county and taking advantage of the resources that are available. There is a real sense of community and identity that each county exhibits which makes it special.”

Nieder said, “I want to stop the excessive spending pattern that is leading us to the same financial position we experienced in 2005. Crestwood has a spending problem, not a revenue problem.”