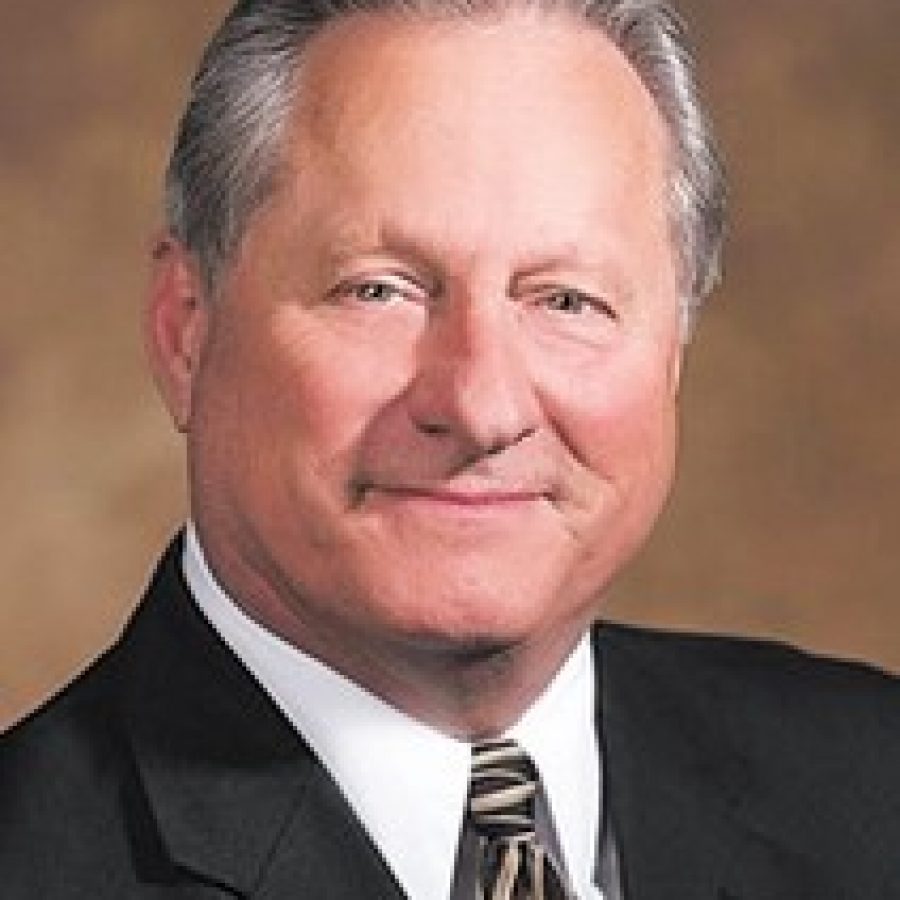 Crestwood voters will consider a 45-cent tax-rate increase in the Tuesday, April 4, election.

The Board of Aldermen voted 7-0 Tuesday night to adopt an ordinance placing the 45-cent tax-rate hike on the ballot. A simple majority is required for approval.

Aldermen agreed to call the ballot measure Proposition C — for Crestwood — as long as the letter does not conflict with any other ballot measure by another taxing entity.

Ward 3 Alderman Jerry Miguel was absent Tuesday night, but told aldermen in an email that he would support placing a tax-rate increase up to and including 45 cents before voters, said board President Grant Mabie of Ward 3. Mabie chaired the meeting in the absence of Mayor Gregg Roby.

If approved by voters, revenue generated by the tax-rate increase would be used for “general municipal purposes, including paying the increased costs associated with operating a local Police Department, operating a local Fire Department, building and facility maintenance, and other city operational needs,” according to the ballot language.

Crestwood aldermen last week moved closer to agreeing on the amount of a potential tax-rate increase to place before voters, but made no final decision.

During their discussion, aldermen voiced no objections when board President Grant Mabie of Ward 3 and Mayor Gregg Roby separately asked if they would support placing a 45-cent tax-rate increase on the April 4 ballot.

While no objections were voiced to placing a 45-cent tax-rate increase before voters, aldermen did not take any formal action during the Nov. 15 work session.

The Board of Aldermen was set to continue its discussion of the potential tax-rate increase Tuesday night — after the Call went to press.

During the Oct. 25 discussion, several aldermen indicated a preference for a ballot measure ranging from 40 cents to 50 cents.

City Administrator Kris Simpson has recommended that the board place a 75-cent tax-rate increase on the ballot.

The city’s 2016 tax rates are 27.8 cents per $100 of assessed value for personal property, 24.8 cents for residential property and 41.4 cents for commercial property.

Simpson projects a $7.1 million cumulative deficit in the city’s general fund from 2017 to 2021. Among the assumptions used to arrive at that projection were providing current levels of service, employees progressing on the city’s pay plan when eligible, a 2-percent increase annually to the pay plan matrix, modest economic growth and average weather.

Aldermen have discussed the impact of the pay plan, which was implemented this year at a cost of roughly $151,000, on the cumulative deficit projected by Simpson.

“I have spoken with citizens and they are overwhelmingly in favor of the 75-cent tax increase, with the understanding it is the ceiling and that where possible we will set the actual tax at a lower value with the expectation that we will likely need the full value for the first couple of years,” Charboneau read.

But Ward 3 Alderman Jerry Miguel asked board members to consider “how much do we really need to ask (for) in April, and for my part, I’d rather take a little less and along with that, a little less risk, a little more certainty. And I think that the worst thing that we can do is overreach and come out empty in April.”

Ward 4 Alderman Tony Kennedy said, “I think Alderman Miguel makes some excellent points about having some level of caution. I think talking about overreaching, that’s certainly a good point. Less risk of getting passed is another thing to consider. But then on the other hand, I started thinking about the city — I don’t think the city has an expense problem. I think the city and the board and the administration has done an excellent job over the years of reducing expenses and getting it down to basically bare bones. It’s hard to run a city by decreasing anything much further.”

As a result, the board needs take a long-term look at Crestwood’s future, Kennedy said, citing the city’s first-ever comprehensive plan that is nearing approval.

“For the future, we want to look at more than just month to month or year to year. I think living paycheck to paycheck is not a good way to run any organization, especially a city of what we want to accomplish,” he said. “… If you look at the comprehensive plan that was done, if we just set the tax rate at the minimum to pay our expenses, I don’t think we’re even denting or taking a crack at moving forward to our comprehensive plan goals …”

While Miguel’s point about being cautious is well taken, Kennedy said, “I think that’s prudent, but at the same time, for the future of Crestwood for the people that we want to — looking down the road, I think we do want to have a beautiful, charming, well-run city with a little bit of momentum on the comprehensive plan …”

Board President Grant Mabie of Ward 3 said he does not believe a 75-cent tax-rate increase would be approved by voters.

“Just informal conversations with neighbors and everything else, I don’t see 75 cents passing. I personally think that’s inappropriately high to even ask for,” he said. “I think 50 cents is a coin flip, and based on everything I’ve looked at, I still think something in the 40s passes. I think that gives us a small cushion, and I think something in the low to mid-40s is appropriate and would pass. And to me, that’s the more certainly less-risk path …”

“… We can look around Crestwood and see that Sweet Tomatoes has closed. OfficeMax is closed. Best Buy left us. Firestone is gone, and with those goes tax moneys,” he said. “And then look at the businesses that we’ve been asked to consider to replace them. They’re not tax-generating businesses — St. Vincent de Paul, Salvation Army. These are much, much weaker businesses from the standpoint of what they provide our community. Sure, they may bring jobs, but they’re not generating revenue.

“So I think until such time as the economy shows that there’s going to be a major change, until something absolutely is positive at the development of the mall, I think you’re going to see that Crestwood’s going to remain stagnant from the standpoint of our revenues. But the expenses are going to continue to increase … We’ve got to continue to keep our employees competitive with other municipalities or we’re going to find ourselves in the same situation that we’re in now, where we’re losing police officers. We’re losing firefighters …”

Aldermen have some difficult decisions to make, Roby noted.

“… I think when you denounce or you’re showing negative interest in the 75-cent increase, obviously we’ve been through the presentations at the Community Center which showed that was an appropriate amount,” he said. “Yes, it’s a tough amount to ask the citizens for, but maybe a board and future boards should realize that it’s their responsibility as elected officials to show the financial responsibility by taking only what they need. So if the residents were to approve a 75-cent — and I’m going to call it a tax levy — that means that each year the board would determine how much they need.

“So I’ve heard tonight people say, ‘Well, 40 cents, 45 cents.’ Those numbers would be available to you even with a 75-cent tax levy. You’d have the ability to set the amounts you needed …”