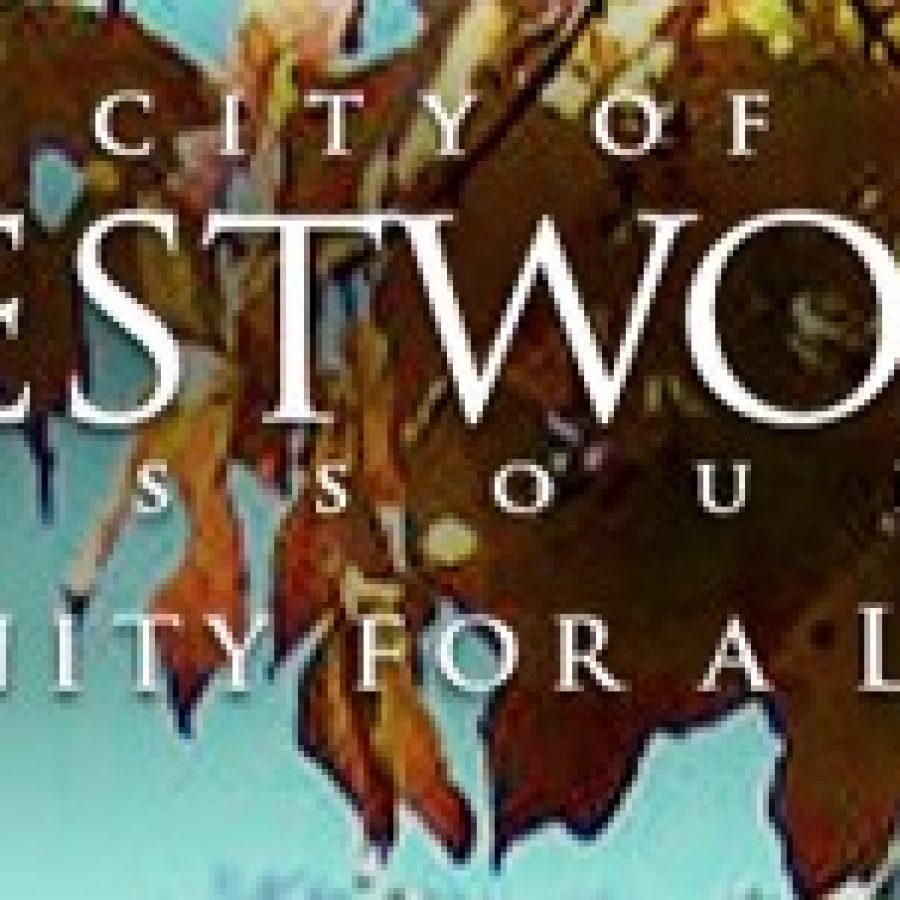 Crestwood aldermen moved closer Tuesday night to agreeing on the amount of a potential tax-rate increase to place before voters, but made no final decision.

During their discussion, aldermen voiced no objections when board President Grant Mabie of Ward 3 and Mayor Gregg Roby separately asked if they would support placing a 45-cent tax-rate increase on the April 4 ballot.

While no objections were voiced to placing a 45-cent tax-rate increase before voters, aldermen did not take any vote during the work session.

The Board of Aldermen will continue to discuss the potential tax-rate increase when it meets at 7 p.m. Tuesday, Nov. 22, at the Government Center, 1 Detjen Drive.

Crestwood Board of Aldermen members planned to discuss placing a tax-rate increase on the April ballot during a work session this week.

The work session was scheduled Tuesday night — after the Call went to press.

During the board’s discussion, several aldermen indicated a preference for a ballot measure ranging from 40 cents to 50 cents. City Administrator Kris Simpson has recommended that the board place a 75-cent tax-rate increase before voters.

The tax-rate increase was only briefly touched upon during a Ways and Means Committee last week called to review the city’s proposed 2017 budget.

Though the Nov. 9 session was convened as a Ways and Means Committee meeting, all eight aldermen participated in discussing and voting on the proposed budget.

Based on the actions taken during the nearly four-hour meeting, the projected deficit for the 2017 budget increased to $730,880, according to an updated proposed budget.

During a discussion of the proposed general fund budget, board members discussed the impact of the employee pay plan that was implemented this year at a total cost of roughly $151,000. As originally proposed, the 2017 budget included a 2-percent matrix increase to the pay plan.

But aldermen approved a motion by Ward 3 Alderman Jerry Miguel to reduce the cost of the pay plan to the general fund by roughly $57,000. Before making the motion, Miguel noted that he had talked with Simpson and Mayor Gregg Roby about reducing the projected cost of the pay plan.

“I have difficulty going to voters and telling them that we’re giving 40 employees increases of over 7 percent,” he said. “I can look somebody in the eye at 5 percent.

“Personally, I can’t do that at 6 percent, at 7 percent — whatever. That’s my intention here is to limit or cap the increases at 5 percent. We’re looking at a budget deficit approaching $600,000. Seventy-five percent of that, of the general fund, is salaries …”

When the pay plan was implemented this year, 18 employees received salary increases over 7 percent, Miguel said, later adding, “I don’t need to go into other items relative to the tax increase, but there are obviously issues there. I think everyone pretty much recognizes that the pay plan the way it is, is unsustainable, at least I feel it is …”

Miguel’s motion called for removing the proposed 2-percent matrix adjustment and adding a 2-percent raise for employees not receiving a 5-percent step increase, except for new employees hired after July 1 and any employees with an unacceptable performance review.

Ward 1 Alderman Darryl Wallach sought to amend Miguel’s motion to add an additional 1-percent pay raise for 12 employees who received superior performance reviews, but did not receive a second.

The board was evenly split on Miguel’s motion, with Miguel, Wallach, Anderson and board President Grant Mabie of Ward 3 in favor. Opposed were Ward 1 Alderman Richard Breeding, Ward 2 Aldermen Mary Stadter and Justin Charboneau and Ward 4 Alderman Tony Kennedy.

Roby broke the tie by voting in favor of Miguel’s motion.

“… I voted ‘yes’ because I did discuss that with Alderman Miguel, and that was our consensus in our discussion …,” he said.

Mabie later made a motion to amend the proposed parks and stormwater fund to include the previously approved changes to the pay plan for parks employees.

The motion was approved 5-3, with Breeding, Stadter and Charboneau opposed. The amount of savings was not available at press time.

The proposed parks and stormwater budget originally included $55,000 for upgrading the Rayburn Park playground and paths. However, after discussing the current condition of Rayburn Park, Kennedy made a motion to reduce the $55,000 to $10,000 to remove the existing unsafe playground equipment at the park and add $80,000 for renovating the men’s and women’s locker rooms at the Community Center so they comply with the Americans with Disabilities Act, or ADA.

“… One of the items we brought up for discussion earlier this year was completing the ADA improvements to the locker rooms at Whitecliff Park,” he said. “I would like to think that that would be important no matter what the budget is, whatever our deficit is for 2017. I think it’s sad that those have not been done …”

Anderson seconded Kennedy’s motion, which was approved 5-3. Charboneau, Mabie and Wallach were opposed.

Mabie later asked Public Services Director Jim Gillam if it would be possible to use city employees to remove the unsafe playground equipment at Rayburn Park and use the $10,000 to repair the paths there. Gillam said that could be done.

As originally proposed, the parks and stormwater budget included $25,000 to renovate the Community Center kitchen. Mabie made a motion to remove the $25,000 for the kitchen and add $150,000 for HVAC repairs at the Community Center. Wallach seconded Mabie’s motion, which was approved 6-2. Anderson and Breeding were opposed.

Other votes taken by the board include:

• Adding $120,000 to the capital improvement budget to construct a sally port for the Police Department at City Hall. The 2016 budget included $10,000 for the sally port.

However, Simpson said a recent architect’s estimate places the cost at $120,000.

Aldermen approved the motion 7-0. Kennedy was absent for the vote.

• Adding $50,000 to the capital improvement fund for a future sidewalk replacement program. Charboneau’s motion was approved 4-3 with Miguel, Mabie and Wallach opposed. Kennedy was absent for the vote.

• Increasing the Beautification Committee’s budget to $10,000 from $5,000 in the parks and stormwater fund. Stadter’s motion was approved after Roby broke a 4-4 tie. Opposed were Charboneau, Miguel, Mabie and Wallach.