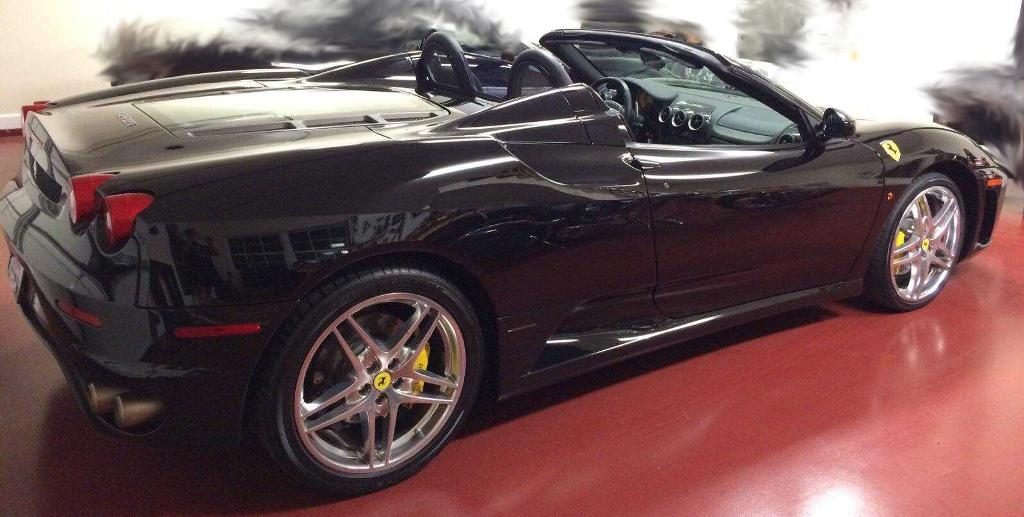 Pictured above: A picture of the stolen 2007 black Ferrari Spider 430 from the Sunset Hills Police Department's Twitter. The Ferrari was recovered Thursday but no further information was released due to investigative reasons.

A Ferrari stolen this week in Sunset Hills was recovered Thursday, but police are urging residents to lock their cars and doors.

The 2007 black Ferrari 430 Spider was stolen out of an unlocked garage in the 11000 block of Chateau Chura in Sunset Hills between 9:30 p.m. Monday, Aug. 12, and 4:30 a.m. Tuesday, Aug. 13. The keys were in the vehicle when it was stolen, according to the Sunset Hills Police Department’s account.

The Sunset Hills Police Department said it is releasing no further information for investigative reasons.

In a press release regarding the incident, the Police Department encouraged residents to lock their homes and cars at night.

In addition, the department said residents should leave exterior lights on around their homes, remove valuables from cars, including wallets, purses, firearms, car keys and key fobs and lock doors from the garage to their homes if they have attached garages.

“Many of these crimes are crimes of opportunity, and we can eliminate a lot of the opportunity by making home and car security a priority every day,” said the press release. “… It only takes a few minutes to double check doors on homes and cars each night.”

Anyone with information regarding the theft of the Ferrari is encouraged to contact the Sunset Hills Detective Bureau at 314-849-4400.