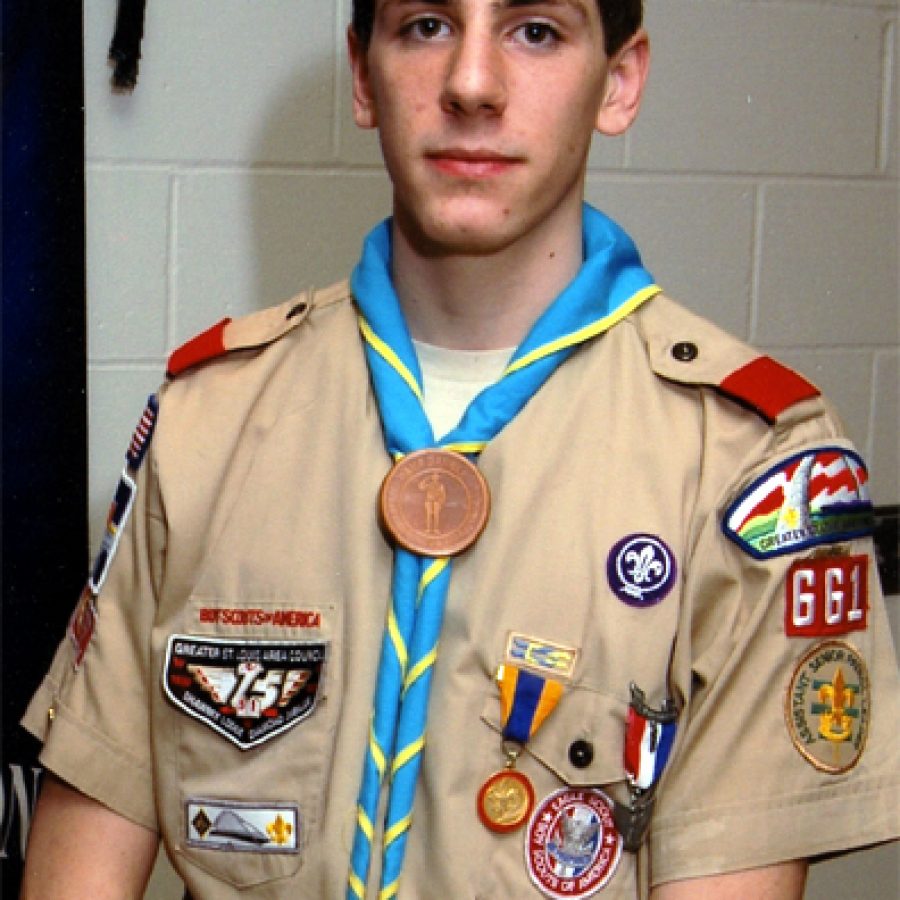 Tyler Wolk, a member of Boy Scout Troop 661 and son of John and Gina Wolk of Oakville, recently earned the rank of Eagle Scout.

Wolk and Troop 661 completed his Eagle Scout project at the Monastery of St. Clare, where they built a retaining wall, planted 14 transplanted trees, caged and maintained them.

In 2005, he received the Scouting Medal of Merit, one of the highest honors in Boy Scouting, for putting into practice his lifesaving skills when his father had a medical emergency.

Wolk will pursue a degree in engineering at the Missouri University of Science and Technology.