Loop Trolley near end of the line: Shuts down Dec. 29, as Bi-State eyes takeover 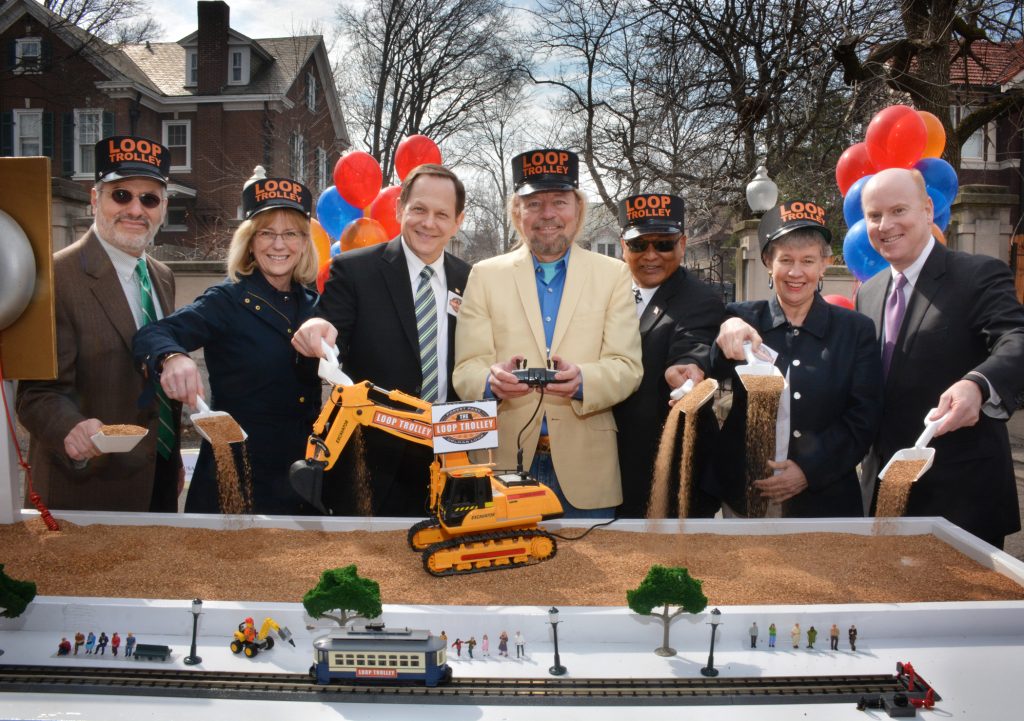 The Loop Trolley will shut down at the end of the year, but Missouri-Illinois transit agency Bi-State is looking into whether it can take over the derailed trolley line.

The trolley came with a $52 million price tag and high hopes from its biggest cheerleader, Delmar Loop business owner Joe Edwards, but it has never lived up to the years of hype since it opened up and down Delmar Boulevard in November 2018.

From the beginning, a resident fought the trolley with a lawsuit, which he lost. Critics said the trolley didn’t really go anywhere with its two-mile loop between the Delmar Loop and the Missouri History Museum in Forest Park. Construction disrupted businesses and bicycles in the Loop for years.

The opening itself came six years behind schedule, on a November day with such snowy weather that some reporters couldn’t make it to the opening. The bad luck didn’t end there: The trolley has hit parked cars and been blocked by illegally parked ones. And not much else has gone right for the trolley in the year since.

In October, backers of the trolley said that in order to keep the trolley operating through 2020 it would need a $700,000 bailout — $200,000 immediately and another $500,000 by the end of the year. Over the years, the federal government has pitched in more than $30 million for the trolley, along with an initial $3 million bailout from St. Louis County in 2015. The trolley asked for $500,000 more in 2017, but the county said no and the money was provided by the private Clayco Foundation.

County Executive Sam Page said a failure of the trolley’s magnitude could jeopardize the region’s future prospects for more federal transportation funds, but members of the County Council said they had no interest in further funding the trolley. Instead, they unanimously passed a resolution calling for a federal audit of the dollars the trolley has received so far. If the trolley fails, it’s possible that some or all of the $33.9 million in federal grants it received so far might have to be paid back. Only $750,000 of the money used for the trolley has come from private funds.

One council member, 3rd District Councilman Tim Fitch, R-Fenton, even went so far as to call the trolley a “boondoggle since Day 1” that never should have happened in the first place. And not only did he oppose giving more money to the trolley, he hoped the county could get its previous $3 million back.

The trolley was never projected to make a profit, but projections all along said its fees and a sales-tax district in the Loop would cover its operating costs. Fares were projected to top $400,000 in the first year, but they barely made it to $30,000, and lately have barely reached $1,000 a month.

A $90,000 loan from the the taxing district is getting the trolley from Nov. 15, when it first projected it would run out of money, to the Dec. 29 shutoff.

Bi-State, which runs the region’s major transit systems Metro buses and MetroLink light-rail trains, could step in and operate the trolley. Its board scheduled a special meeting Tuesday — after The Call went to press.

At the Oct. 15 council meeting, Page proposed looking into some other type of governance over the trolley, even if it had to shut down temporarily while possible systems are analyzed.

“The trolley has to be more than an expensive novelty,” he said in his county executive’s report. “Our region needs transit, but it doesn’t need a $52 million rolling comedy club.”

He stood by that assessment in a statement last week: “I have maintained that for the Loop Trolley to be successful, it must have new leadership, a long-term plan and a funding source that is not St. Louis County. The Bi-State plan seems to fulfill my three goals. But I will watch what happens closely to make sure St. Louis County residents aren’t taken advantage of.”

The trolley has run on limited hours all year with two trolleys instead of the full fleet of three, which would allow for regular operating hours and more days of operation.

That is the reason Edwards cited for the trolley’s failure to live up to its potential so far when he appeared in person at the Oct. 15 council meeting to ask for St. Louis County transit funds — specifying that he has only ever asked for transit-specific funds, not general funds, to go to the trolley.

Without regular operating hours, the trolley couldn’t be promoted by the History Museum or to tourists like successful streetcars in New Orleans and elsewhere are, Edwards said.

“It is not just about Forest Park or the Delmar Loop, it’s about the region,” he said, noting that more than $200 million of development “and more to come” has exploded onto Delmar since the project started.

“What we’re asking for from the community in general, especially St. Louis County Council, is a little over one-and-a-half percent of the total project just to make sure it goes forward,” Edwards said. “St. Louisans don’t give up on sports teams, they keep rooting for them and the teams keep working for their fans. It’s like this project is only… on the 2-yard line about to go in the end zone, but oh, should we just walk away and not make sure we give it that chance? … It’s a chance worth taking.”