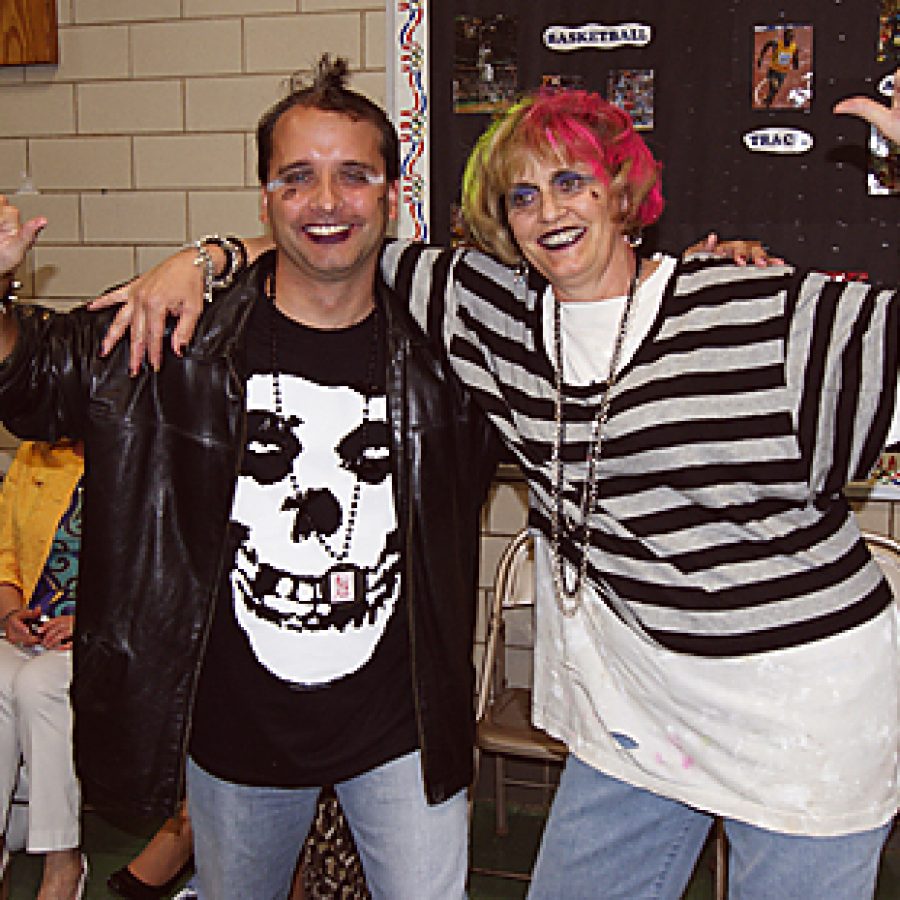 Trautwein Elementary School pupils recently received a surprise visit and musical performance from two Mehlville School District celebrities. As a reward for meeting and surpassing their schoolwide goal of reading 8,000 books during the 2009-2010 school year, Trautwein pupils were treated to a rendition of ‘If You’re Happy and You Know It’ performed by ‘Dr. D and J.C.,’ otherwise known as Trautwein Principal Donna Wagener and Assistant Principal Jeff Copeland. At the schoolwide Trautwein Reads assembly, pupils were excited to learn that collectively they had read 10,888 books during the school year. As their reward, Wagener and Copeland dressed as punk rockers — and remained in full costume and makeup for the entire school day.