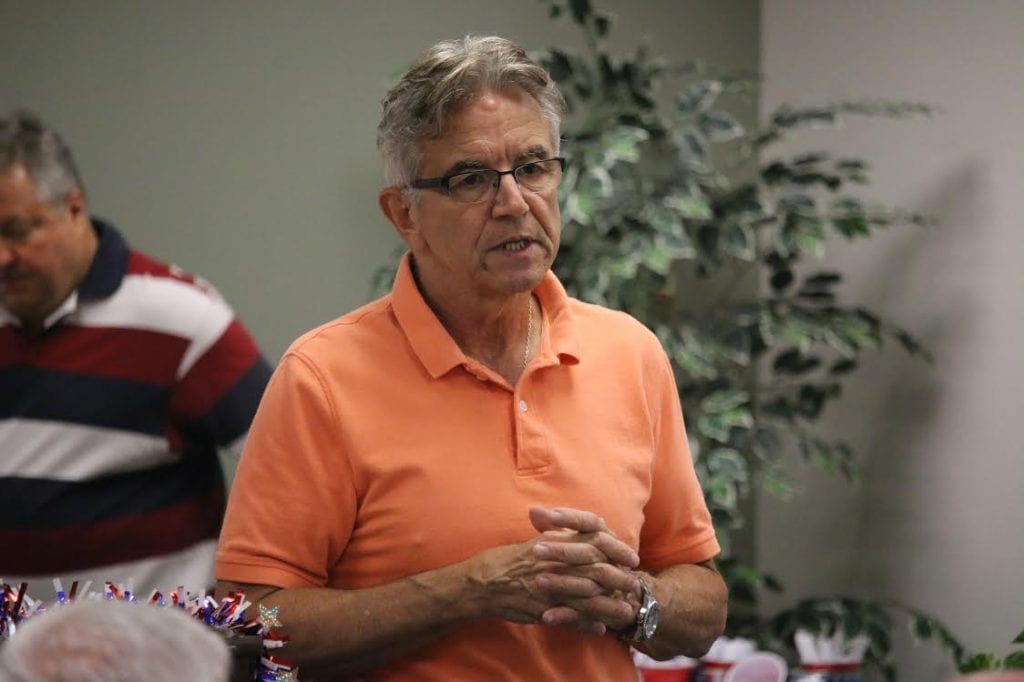 Councilman Ernie Trakas can stay in office and did not violate the county Charter with his work as an attorney for public school districts, a St. Charles County judge ruled last week.

Lohmar said he does not plan to appeal.

If it had gone the other way, the rare quo warranto case could have led to the forced removal from office of 6th District Councilman Trakas, R-Oakville. Lohmar is also a Republican.

Trakas has blamed County Executive Steve Stenger, a Democrat, for inciting the case along with a recall effort because, since Trakas took office Jan. 1, 2017, he has led opposition to most of Stenger’s initiatives. The case was initially taken up by St. Louis County Prosecuting Attorney Robert McCulloch, a Democrat and Stenger ally.

“While obviously I was pleased with the result, I was not surprised,” Trakas told the Concord-Lemay/Gravois Republican Club Sept. 20. “I’ve said from the beginning there was no merit to Bob McCulloch’s allegation.”

He also promised to keep fighting for the 6th District in the same way he has been for nearly two years.

“No frivolous legal actions by anybody are going to deter me from that, as anybody that knows me knows,” Trakas said.

The St. Louis County Charter forbids elected officials from holding other elected positions or “employment” with another government of any level to avoid conflicts of interest.

In the ruling, Pelikan wrote that since the Charter did not define “employment,” he had to turn to state law at the time the framers developed it in the 1970s. And in that era, Missouri law did distinguish between full-time employment and work as an independent contractor.

The entire case was grounded in court precedent rather than arguments in a trial. The case’s only court hearing June 28 in Pelikan’s courtroom lasted less than five minutes. During the hearing, Trakas’ attorney Jonathan Marks and a St. Charles County assistant prosecutor agreed that there would be no trial in the case and arguments would be made in briefs due back in 30 days.

McCulloch said a television reporter brought the possible conflict to his attention. Lohmar was appointed to investigate because the council oversees McCulloch’s budget and because Trakas and the council had just voted to reduce McCulloch’s pension.

Through his campaign, Trakas spent more than $10,000 in legal fees on the case.

The councilman at the center of the case has criticized McCulloch’s reasoning for taking up the case all along, tying it to the pension vote. That came 10 days before McCulloch took up the case against Trakas.

“So what does that speak to? That speaks to either a poor legal acumen on the people that brought it or an agenda, right? And not caring about the validity or the merit of the case. And if that in fact is true, what other types of decisions has Mr. McCulloch made that are questionable? Anyway, we won’t have to worry about that much longer.”

McCulloch was defeated for an eighth term in office in the Democratic primary Aug. 5 by reform challenger Wesley Bell.

Stenger has denied any role in the court case. He and McCulloch both declined to comment on the ruling.

After the June hearing, Lohmar said he hadn’t spoken with Stenger in more than a year, and since December he had only spoken to McCulloch about how to transport documents from the case from McCulloch’s office to Lohmar’s office in St. Charles.

“Do I have any vested interest in the outcome?” Lohmar said. “Absolutely not… Obviously I’m familiar with the political histories that are going on across the river, but once I was appointed the special prosecutor, nobody talked to me.”

Like McCulloch, Lohmar believed that Missouri courts take a broad definition of employment. They made their arguments based on a case in which a mayor was thrown out of office after recruiting her son to volunteer to fix a damaged city sign. The court ruled that although no payment was made to the son, his work still counted as “employment” and violated the nepotism clause.

Rulings on similar issues have come down on opposite sides in appellate courts across Missouri, Marks said.

“The one most similar to Ernie’s situation is case law very favorable to his fact pattern,” Marks said.

That case is McCulloch vs. Hoskins, in which McCulloch unsuccessfully petitioned for Berkeley Mayor Ted Hoskins to be removed from office in 1998.

Berkeley’s Charter also holds a prohibition against holding other offices, and Hoskins was elected mayor after already holding the office of Democratic committeeman. A lower court removed him from office, but an appeals court ruled that since “elected office” was not defined in the Berkeley Charter, a decision had to be made based on the definition of “elected office” at that time. And voters in the mid-century when Berkeley was formed would not have considered a party committeeman to be an elected official, the court ruled.

“The great irony in it is that the judge relied heavily on a 1998 case in which Mr. McCulloch had done the same thing and lost,” Trakas said. “So the idea that he made a good-faith decision that I had violated the Charter, I don’t see how you can do that when the very case the court relied on was titled ‘(Hoskins) vs. McCulloch.’ So the idea that somehow he didn’t understand that you have to take the definition of  an undefined term based on the way that courts interpreted it at the time, in this case the time the Charter was passed, is disingenuous because he had to know it was the same ruling in that case.”