Toughening of the Sunshine Law would be first revamp in decades 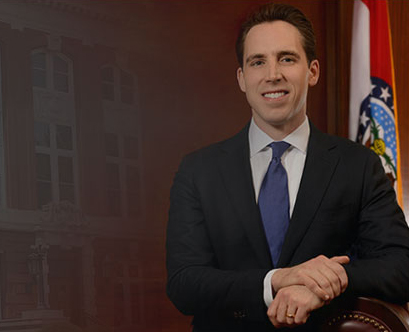 A pair of identical bills that would fortify the state’s Sunshine Law and expand its enforcement passed the Missouri House last week, in what could prove to be the first major change to the law.

The measures also raise the penalties for Sunshine Law violations:

Knowing Sunshine Law violations, class B misdemeanor, would carry fines that range from $500 to $10,000 and attorney fees. Unknowing violations would be fined up to $1,000.

The measures passed with a vote of 147-1. Rep. Jeff Pogue, R-Salem, was the sole lawmaker to vote against the bills, which now travel to the Senate.

The Sunshine Law is often relied on by citizens and reporters to follow government business. The general idea of the law is that meetings of government bodies should be open and publicized ahead of time, and government records should be available to the public with limited exceptions.

Gregory, who is in his second year as a legislator, said he wanted to change the law because across the state, citizens are being denied access to public records.

“People are just getting stonewalled, and there’s not a lot they can do without expensive legal action,” Gregory said.

The separate but identical bills meant that Evans and Gregory could work together to attract more support, he said. The bills were rolled into one in committee and will move to the Senate as Gregory’s bill.

Changes to the Sunshine Law haven’t always been a popular idea. But with more lawmakers realizing the limitations of the law, Gregory believes that the Senate will pass the legislation.

“There’s just a tremendous amount of bipartisan support,” he said. “Obviously it’s not often that you get to work with colleagues across the aisle on legislation, but this is one that everybody seems to be on board with. Or at least every single person except for one.”

The changes are supported by Attorney General Josh Hawley, who worked with the Missouri Press Association and its attorney, Sunshine Law expert Jean Maneke of Kansas City, to develop tougher rules for the law’s enforcement.

The attorney general’s office has always investigated Sunshine Law violations, but enforcement has typically been limited to a gentle reminder such as mailing officials who violate the law copies of Sunshine Law brochures.

But he also gained firsthand experience of the law’s limitations when investigating Gov. Eric Greitens for using the Confide text message-destroying cell-phone app.

In that probe, Greitens declined to be interviewed. His employees did not provide records because they said there were none to provide.

Under the new law, Hawley could subpoena uncooperative officials.

But Maneke pushed back against the idea that the legislation might be directed at any one person, such as the governor. Maneke has been advocating for the changes since 2007.

That was the same year a ranking of state Sunshine Laws was published that gave Missouri’s law an “F,” along with 37 other states.

At the time, the Missouri Press Association wrote a bill and tried to find a legislator to sponsor it, without success.

One of the shortcomings in current law is that if a government entity ignores the Sunshine Law and keeps no public records, there is essentially no punishment.

And without subpoena power in Sunshine Law investigations, if a government entity didn’t want to produce records, the attorney general couldn’t force them to.

“The agency can say, ‘Take a hike,’ and there’s absolutely nothing that the attorney general can do,” Gregory said.

In a column, Maneke noted that reporters in Missouri have often encountered a state agency not handing over public records.

“If the AG’s office cannot help you, it’s highly unlikely that you’ll get help from any other source,” Maneke wrote.

However, Gregory’s law would create an “Office of Transparency” inside the attorney general’s office that is staffed only with attorneys focusing on Sunshine Law enforcement.