Tigers riding waves; get shut out Thursday, come back to win Friday 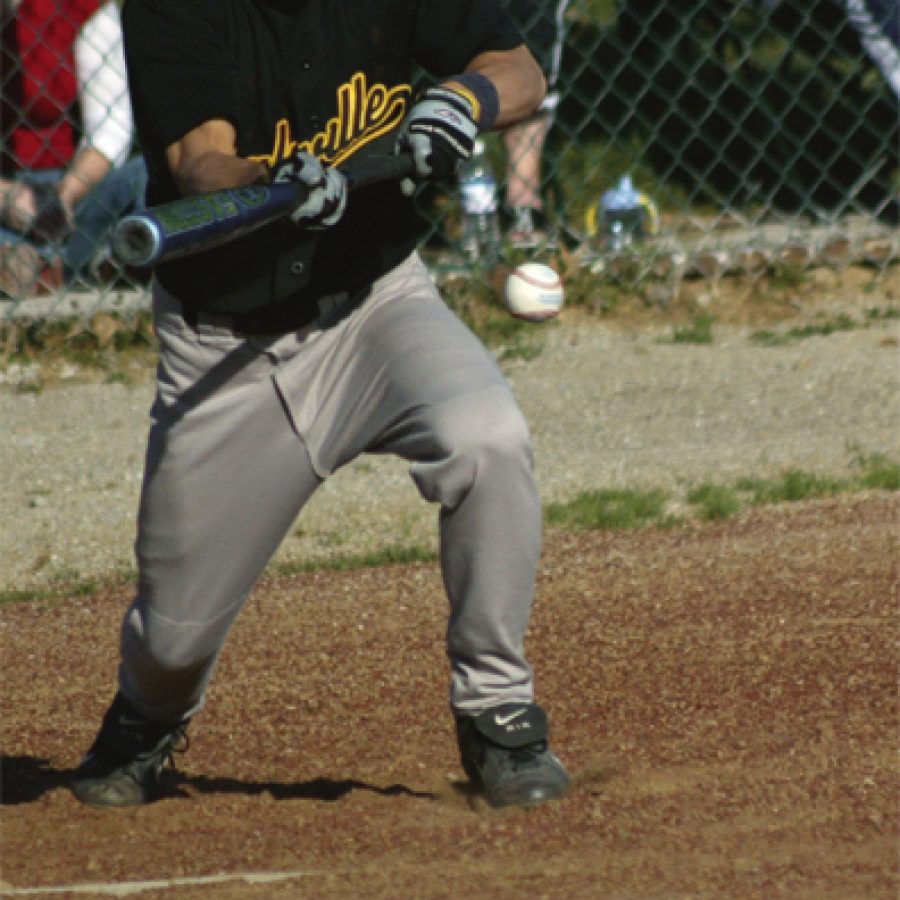 Oakville center fielder Justin Fujarski, left, lays down a bunt in his second at bat last week against Northwest's Casey Korn, who hurled a 7-0 shutout at the Tigers. Fujarski is 4-13 at the plate this year with two doubles and a triple.

If the Oakville Senior High School baseball team needs anything right now, it would have to be a winning streak.

The Tigers (3-2) have had a roller-coaster start to the first five games of the 2005 season, including a 4-3 come-from-behind victory over Pacific last Friday, a day after being shut out 7-0 by Northwest.

“We’re trying to put things together right now,” Oakville head coach Rich Sturm told the Call. “When you look at the fact that the dynamics of our team has changed as much as it has, I’m overall pleased with how we’ve played.”

Oakville found itself down 3-0 in the first inning as Pacific took advantage of starting pitcher Matt Pressler’s first start of the 2005 campaign. The junior hurler settled down for the next three innings, allowing just three runs on four hits in four innings pitched. Pressler also walked four and struck out four in the no-decision effort against the Indians.

Senior pitcher Ryan Hercules came on in relief in the fifth. Sturm pulled Pressler after four innings to avoid aggravating a leg injury Pressler suffered in the preseason.

“It was Matt’s first start and he was at 81 pitches,” Sturm explained. “He’s coming off a leg injury and we didn’t want to push him. He did a good job settling down and shutting them out after the first inning.”

Hercules was solid in his three-inning relief effort, giving up zero runs on three hits. He also struck out one and walked one in his second appearance of the season.

“Ryan maintained his composure and really slammed the door on Pacific,” Sturm said. “He did a good job at keeping the ball down and kept it away from their right handed hitters.”

Oakville first baseman Andy Marks scored two of the Tigers’ four runs, hitting two for four at the plate with one double and one stolen base. Marks is batting a solid .316 with four runs batted in.

“Andy has such a nice swing that he’s difficult for other pitchers to pitch to,” Sturm said. “Anytime we can get him on base two to three times, it’s going to be a good thing for us.”

The Tigers are back in action at 4:15 p.m. Friday as they travel to Lindbergh for a key Suburban West Conference showdown with the Flyers. Oakville defeated Lindbergh 7-2 in the second game of the 2005 season.