Two incumbents, one newcomer will serve until 2010 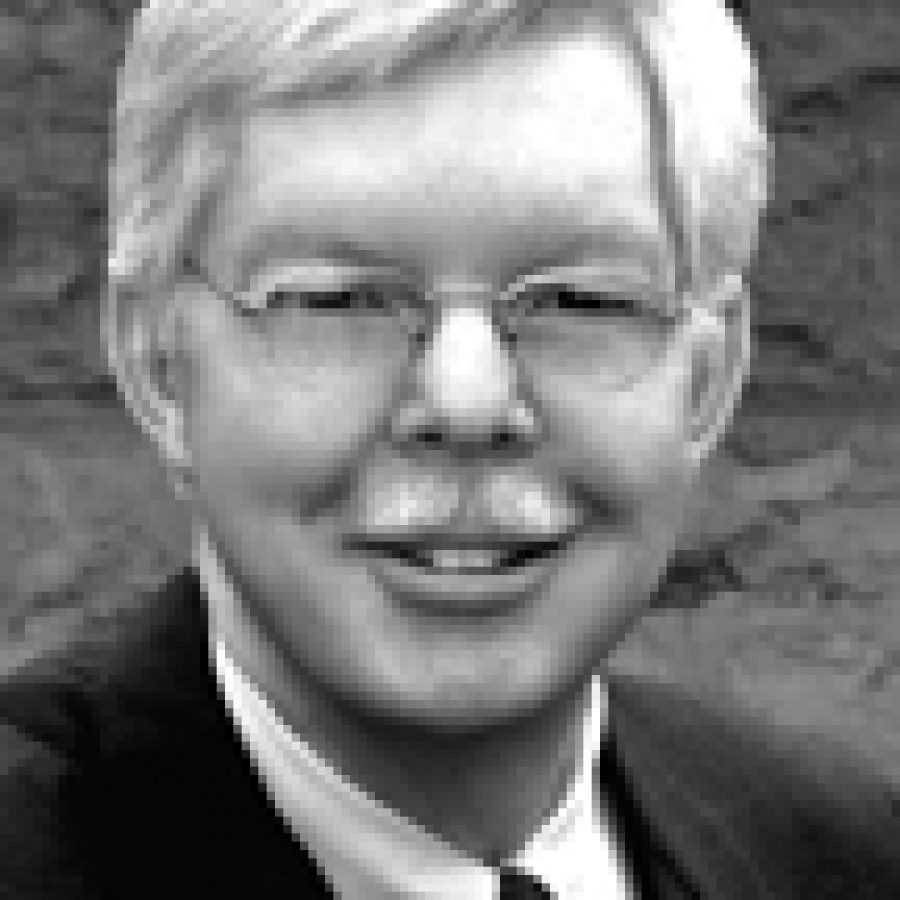 Ward 1 Alderman Frank Hardy and Ward 4 Alderman Frank Gregory have no challengers on the ballot, and Stephen Webb will walk into office unopposed as the city’s new Ward 3 alderman as Ward 3 Alderman Lynn Flowers did not seek re-election.

Asked to identify the most important issue in this year’s election:

 Hardy said, “I believe the most important issue in any good relationship is to have open, honest and frequent communications. I would want to have that between the city officials and the residents and businesses of Sunset Hills. This is the foundation for a thriving community. I am a businessman and a resident of this community, so I understand both perspectives.

“By having community input on any particular subject, it is only then that I can effectively represent my ward. I want to work with and for all the residents and businesses of my ward and all of Sunset Hills. I will continue to be a visible and easily accessible representative to all of my constituents. It is when you treat everyone with the honesty, caring and respect they deserve that everyone feels good about the community in which they live and work.”

 Gregory said, “This race is no different than any other race in that the citizens of our community are seeking, and most importantly deserve, elected officials they can trust to provide objective input and make informed decisions in order to promote the best interests of the entire city.”

Hardy, first elected in 2006, is seeking re-election “to give a true voice to the people of Sunset Hills’ Ward 1. To have honest, open and frequent communications with all of the residents and businesses that I represent. To make Sunset Hills a better place in which to live and work.”

He served three terms from 1990 to 1999 on the Lindbergh School District Board of Education and first was elected in 2006 as a Ward 4 alderman.

Gregory is seeking a second term because “I’ve always felt it’s important to give back by getting involved and trying to make our community a better place to live. There remain challenges in the city’s future, and I believe my professional and educational background provides me with the experience and communication, leadership and analytical skills necessary to address those issues. I believe my record in both public offices demonstrates a commitment to studying each issue carefully, thoroughly and with an open mind in order to provide informed and impartial decisions for the long-term benefit of the entire community.”

Webb, 29, 11948 Lombardy Lane, 63128, is a contract administrator for DRS Technologies Inc. He and his wife, Bridget, have one child and expect a second child in April.

He serves on the city’s Planning and Zoning Commission and TIF Commission. Webb is seeking election “to build upon our city’s 50-year history, ensuring that the opportunities for meaningful change are in the best interests of the Sunset Hills community.”

Hardy said, “I believe the Board of Aldermen has done a good job in complying with the Sunshine Law, but I think it could do better. As a member of the city’s Web site committee, we are in the process of developing a more functional, intuitive and informative means of making the city’s information and forms available to everyone at all times … The city is the people’s business, so why not make the day-to-day records as accessible as possible for them? This is just part of open and honest communications with our constituents.”

Webb said, “Yes, I believe so. The city and its staff have made significant improvements over the past few years in the timing and increased availability of notices, agendas, minutes and associated public information. I will continue to support such initiatives, ensuring the lines of communication between city government and our great residents remain open.”

Do you support the use of eminent domain for redevelopment projects?

Hardy said, “Eminent domain was intended to be used for property acquisition for the purpose of public use like schools or roads and with just compensation to the property owner for his property. I would only allow the use of eminent domain for truly public purposes and even then only on a very restricted basis and a last resort.

“I would not allow the use of eminent domain for taking a person’s private property and giving it to another person for their own profit. The taking of private property for economic development was never the intended use of such a tool. A person’s right to have and to hold property is a right that must be respected and protected in Sunset Hills.”

Gregory said, “… I believe the use of eminent domain is appropriate where public benefit can be demonstrated. Granting this power should only be considered after a thorough assessment of a project including such issues as the scope of the project, viability of the development, number of people affected, properties under contract, et cetera. Through good communication, a thorough investigation and analysis and approaching a request with an open mind, informed decisions can be made. In my opinion, it would be irresponsible for any public official to willingly relinquish or limit their city’s authority by not utilizing all powers vested in it for the benefit of the community.”

Webb said, “While I believe that eminent domain can be used effectively, its use should be limited to public projects or in redevelopment of blighted areas. It is simply wrong for a municipality to otherwise overtake a citizen’s personal property for private profit.”