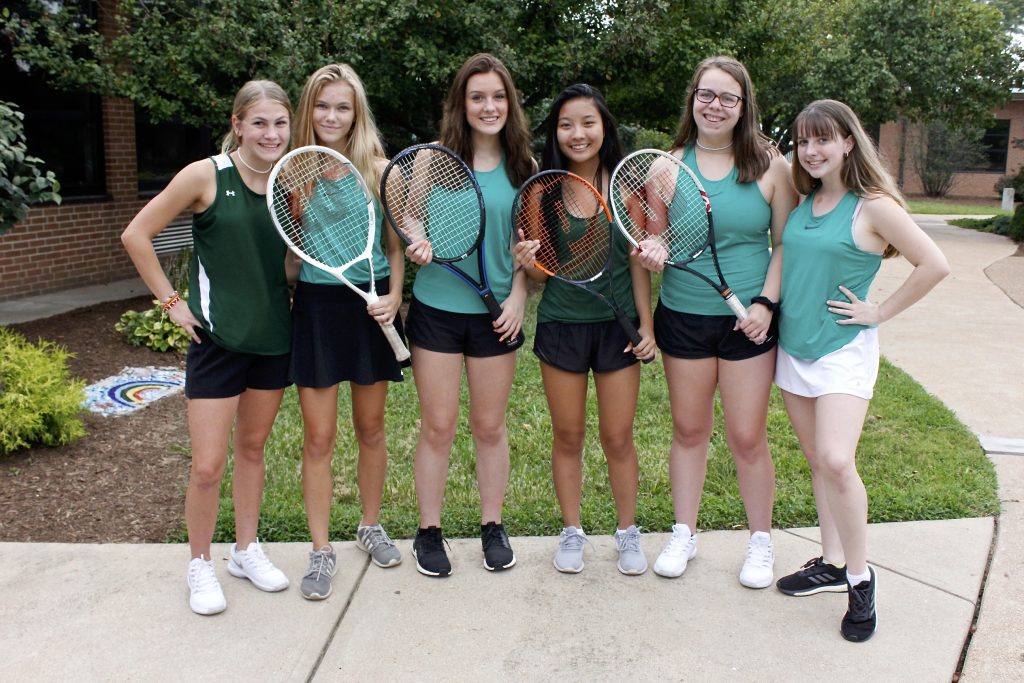 After reaching the quarterfinal round of the Missouri Class 2 girls tennis championships, the big question for the Lindbergh Flyers is, “Where will 2019 take us?”

The team won the district championship last year and placed sixth at state.

“We have four of our six singles players returning, so it’s a matter of seeing where everyone will fit in,” Lindbergh head coach Laura Conti said.

Junior Dani Rosenberger will lead the Flyers at the No. 1 singles flight this season after making it to the Class 2 doubles quarterfinal match in 2018. The Flyers head coach is certain that 2019 is going to be a big year for Rosenberger.

“She’s one of the top players in the area and played a lot of tennis over the summer,” Conti said. “This is her third year with us, and I’d say that she’s super focused on her singles game this year.”

Starting at No. 2 singles this year is junior Lauren Jacobs, who teamed up with Rosenberger at state in 2019 and should also see a lot of success on the courts for the Flyers.

“She’s worked a lot of the summer and is looking really good,” Conti said.

Senior Charlotte Lorenz will see action for the Flyers at No. 3 singles.

“Charlotte is the kind of player that consistently puts in the time needed in the offseason,” Conti said. “I think she’s going to have a very good senior year.”

Jenna Murray is another senior that will see time in singles play for the 2019 campaign.“

Jenna is someone who fights for every point out there on the court,” Conti said. “We expect for her to come in and play her game and not be intimidated by her opponents.”

Team captains Sam Torti and Earthis Pascua are providing senior leadership, from organizing team bonding activities to supporting all members of the squad.