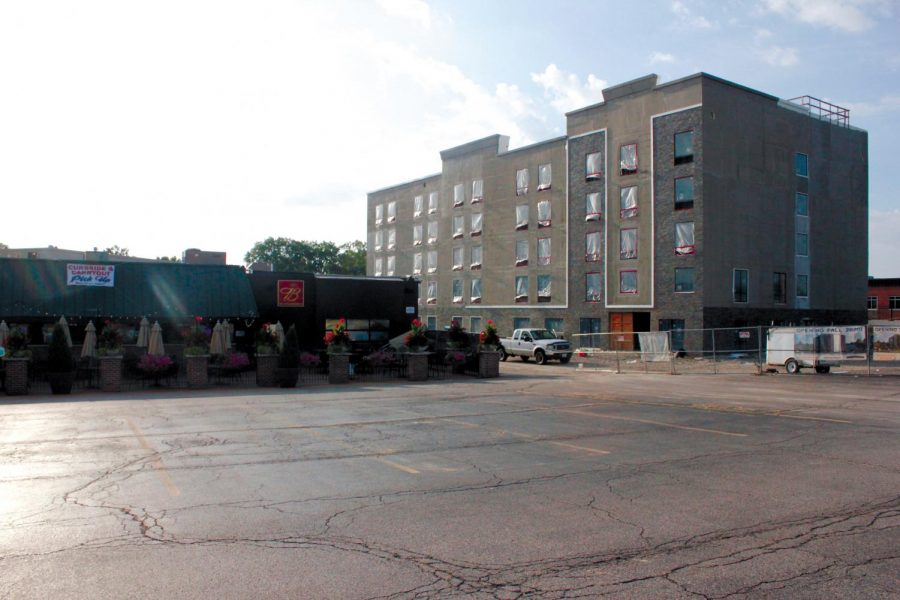 The new Comfort Suites development next to Helen Fitzgerald’s under construction, as seen July 17, 2020.

Petitions for both a parking garage and tax abatement for Helen’s Fitzgerald’s and a new hotel on Lindbergh Boulevard have been scrapped after a Sunset Hills Board of Aldermen meeting Aug. 11.

At the request of the developer, the final vote on a bill that would grant tax incentives to Helen Fitzgerald’s and a new hotel on Lindbergh was postponed in July until the August board meeting, when a public hearing was scheduled to consider the development plan and Chapter 353 property tax abatement, as well as a special sales tax.

Comfort Suites owner HR Sheevam and Helen Fitzgerald’s first approached aldermen in January asking for a Community Improvement District or CID, in which visitors would pay a 1-percent sales tax to fund improvements including a new parking garage and facade improvements.

They also sought a Section 353 tax abatement, which grants a similar subsidy as tax-increment financing but does not require a TIF Commission to convene.

The developer sought a 25-year tax abatement with the 2019 tax year as the base, which would ensure that taxing districts collect property taxes as they have in 2019 through the first 10 years, then add a 50-percent abatement in years 16 to 25.

The funds would be used for an additional phase of Sheevam’s ongoing hotel project to replace the Days Inn with a Comfort Suites and would create a parking garage to alleviate parking problems at Helen’s and the hotel, which are next to each other at 3660 S. Lindbergh Blvd.

A contentious piece of legislation was passed 5-2 that allows the city to declare properties “blighted” and grant tax abatements to redevelop them. While the ordinance applies citywide, it was brought to the table by Sheevam.

Final passage of the bill that would establish the Lindbergh CID was also postponed until the special meeting, and a committee was formed with Wong, Ward 2 Alderman Steve Bersche, Ward 3 Alderman Cathy Friedmann and resident Deb Wilke to review the proposal.

Syberg and Sheevam ultimately agreed to drop the 353 abatement request as well as the parking garage.

“Our residents don’t like the 353 — we don’t want to hurt our school district,” said Fribis.

Syberg and Sheevam are still pursuing the CID, which would fund improvements along Lindbergh Boulevard in front of Helen’s and the hotel.

A long-waited Jimmy John’s location in Sunset Hills officially opened at the beginning of June, after years of construction delays, resistance from local residents and financing issues.

During committee reports at the Sunset Hills Board of Aldermen meeting July 14, Thompson Price, who sits on the Economic Development Committee, told the board that the Jimmy John’s, located at 3571 S. Lindbergh, had finally opened.

Construction had been stalled on the Jimmy John’s since some point in 2018, and the city had at one point declared the property a nuisance with intentions to demolish the half-built structure on the site. However, owner Steve Saladin convinced the board to grant him an extension to secure financing and resume construction in the early half of 2019.

Price mentioned other ongoing developments in the city, including a contested Tidal Wave Car Wash on Lindbergh, the new Comfort Suites project at the former Days Inn site, a new Subaru dealership and Jubilee Church.

“It seems very positive,” Price told the board.

At a Board of Aldermen meeting in February, Mayor Pat Fribis said that about $100 million was being invested in the city due to various new projects, touting the new project at the former Days Inn site and the renovation of the Hampton Inn on South Kirkwood Road into a La Quinta.

Sunset Hills will also be getting two medical marijuana dispensary locations sometime in the next few months — one on Watson Road in the Trepple Autobody building and the other on Lindbergh Boulevard by the new Jimmy John’s.