Take our poll: Do you agree with the election of County Executive Sam Page in the Democratic primary Aug. 4? 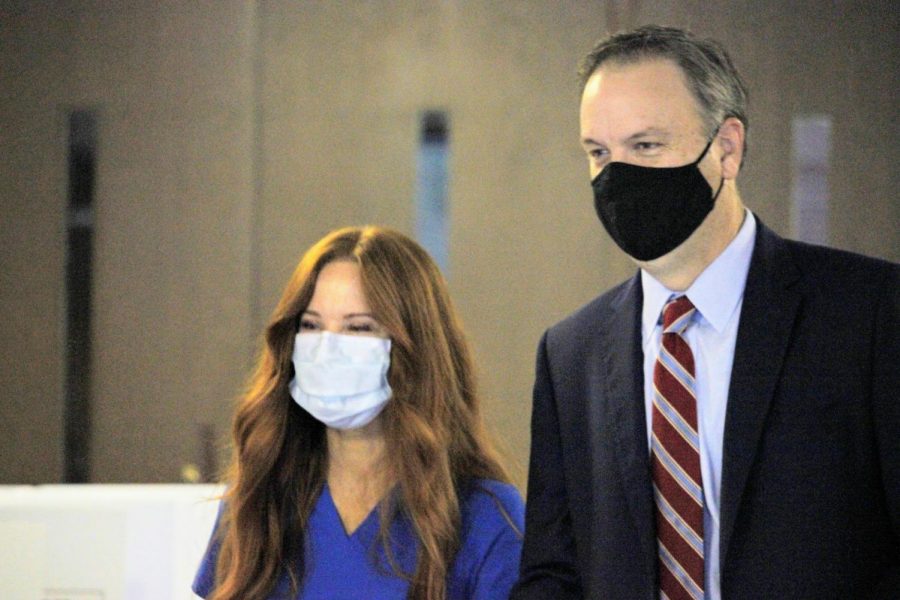 St. Louis County Executive Sam Page, right, and his wife, Jennifer, head to the polls Tuesday morning in Creve Coeur to vote for Page in the Democratic primary. Jennifer Page was dressed in scrubs to head to her job at Mercy Hospital South.

With 70,500 votes for 38 percent of the total vote, Page fended off well-funded challenges from businessman Mark Mantovani, who was narrowly edged by then-County Executive Steve Stenger in the Democratic primary two years ago, and county Assessor Jake Zimmerman. Mantovani earned 54,858 votes for 29.64 percent, just over half the 90,837 votes he received last time. Zimmerman, the assessor since 2011, took 45,326 votes for 24.49 percent. Lesser-known candidate Jamie Tolliver of University City had a lower profile but pulled 8 percent in the race.

Do you agree with County Executive Sam Page’s victory in the Aug. 4 Democratic primary election versus Mark Mantovani, Jamie Tolliver and Jake Zimmerman? Let us know what you think.

See photos of Page and his wife, Dr. Jennifer Page, voting on Election Day in a gallery below: